For some golfers, the most treasured part of a round comes after it’s over, when weekend heroes and hackers alike hit the bar for post-round libations. Manhattans and martinis? Sure, if that’s your thing. But few drinks pair better with post-golf banter than a pint of cold beer — made all the more memorable if that beer happens to be brewed on site.

There aren’t many golf courses where golfers can enjoy such an experience but there are enough that the growing intersection between golf and craft beer merits a closer look; it’s a hoppy … ahem, happy marriage in which brewers introduce golfers to their offerings while golf-course owners try to make converts of craft-beer lovers.

“It’s maybe taking some of the ‘pinky out’ away from golf,” said Eric Mitchell, head brewer at Pinehurst Brewing Co., named for the eponymous golf resort less than a half mile away. “You’re gonna see everyone from your 96-year-old down to your 21-year-old group of buddies coming for their golf outing.”

Indeed, since opening in 2018 in an abandoned steam plant, the Pinehurst brewery and accompanying smokehouse have become one of the resort’s most popular attractions. Steam turbines have been replaced with steel brewing tanks that produce such delectable concoctions as a double dry-hopped IPA and 12.3% (!) oatmeal stout.

A few hundred miles north, at Shawnee Inn & Golf Resort — an old-timey Pennsylvania getaway whose A.W. Tillinghast course played host to the 1938 PGA Championship — is more evidence of the symbiotic relationship between beer and bogeys. At ShawneeCraft Brewing Company, which sits near the 18th green, you can wash down a jumbo pretzel with a Clubhouse Kolsch, a Belgian-style Bière Blanche or a handful of other exotic brews that a generation ago you would never have found in a 19th hole.

“I think what’s changing in the last decade is that there is way more acceptance of craft beer,” said Michael Albert, ShawneeCraft’s chief operating officer. “We’re influencing a segment of drinkers that might otherwise be drinking domestic lagers. Now they’re drinking stouts, porters and IPAs.”

We’re influencing a segment of drinkers that might otherwise be drinking domestic lagers.

Same goes out West. At Canyon Lakes Golf Course & Brewery, at the foot of Mount Diablo, in Northern California, players can stroll off the course and tip back a locally brewed Ace (amber ale), Green Jacket (IPA) or Hoppy Gilmore (triple IPA).

Think of hopheads and hackers as two cultures meeting in the middle. Whereas beer has always been viewed as the beverage of the common man, golf has long exuded more of an upper-class vibe, a perception many in the golf industry have been working to change. “Golf and beer,” Pinehurst’s Mitchell said, “those are historically different demographics. What we really want to do is to break down that wall.”

In this blossoming partnership, Shawnee’s Albert sees a blending of old and new. The Shawnee course, which dates to 1910, is full of history. It was Tilly’s first design. Sam Snead was a resident pro there. In 1954, a clubhouse worker named Winnie caught the eye of a rising golf star named Arnold Palmer. That meeting spawned a 45-year marriage.

The craft brewery more precisely. Regular old beer has, of course, been around for centuries, but American craft beer only really took hold within the last 30 years.

At Pinehurst, the beer didn’t even need to be that good — the resort’s brand has such cachet in the golf world that the resort could have simply slapped a label on an inferior brew and let the name be the selling point. Golfers looking to spend their tourism dollars would have still happily lapped up such an offering, but substandard beer is not what Pinehurst Brewing Co. is about.

“We do it the right way,” Mitchell said. “We are trying to actually produce beers that are somewhat sought after. When I saw the local response to the quality of the beer, it gave me more purpose. Immediately the quality had to be higher.”

Pinehurst will never be synonymous with beer, but I’ll be damned if I don’t try. 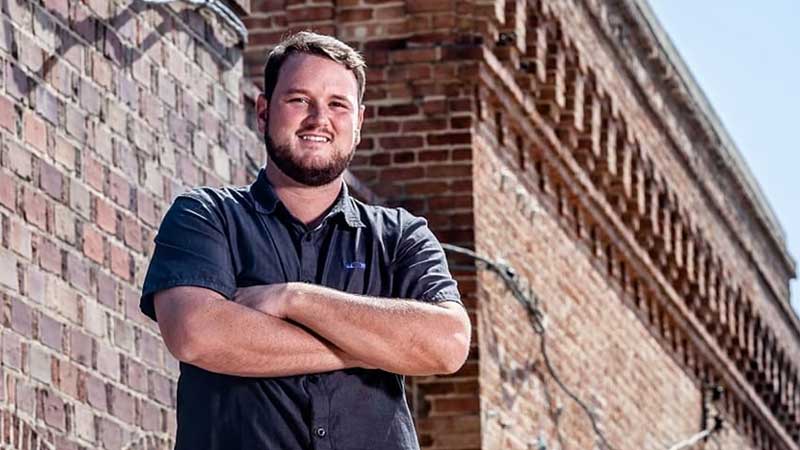 Beers like Pivot IPA and 1985 — what Mitchell calls a “dumbed down German pilsner” — can be found not only post-round in the tap room but also in beverage carts on the courses, including at Pinehurst’s decidedly laid-back par-3 course, The Cradle, where music blares from speakers and five- and sixsomes are welcome.

“Pinehurst will never be synonymous with beer,” said Mitchell, himself a 9-handicap, “but I’ll be damned if I don’t try.”

Perhaps nowhere are golf and beer more inextricably linked than at Ironclad Golf and Beer Garden, about 150 miles east of Pinehurst, in Hampstead, N.C. At Ironclad, the onsite brewery not only supports the golf course — formerly known as Belvedere Country Club — but it also saved it from extinction.

A couple of years ago, after falling into disrepair, the course landed on the selling block. Set just a mile or so from the Atlantic Ocean, the property seemed ripe for condos. But a short drive south on Route 17, in Wilmington, Ironclad Brewery CEO Ted Coughlin and his team had another idea: buy the course, fix it up and use it as outdoor space to complement the brewery’s downtown location.

“We were looking for a multi-purpose venue,” Coughlin said. “And beer and golf, they just go hand-in-hand.”

The front nine — which plays less than 3,000 yards from the tips — is open for business, with nine more holes coming in March; there’s also a range complete with a beer shack. “Our goal is not to hold a championship here,” Coughlin said. “We are going for the social side of the game. This is fun golf. With the pandemic, we need more fun days in our lives.”

The family-friendly range has glow-in-the-dark targets. Après-golf indulgences include fire pits and pizza. And Coughlin has plans to open a sprawling beer garden.

“All are welcome,” he said. “We don’t even need you to wear collared shirts. Just come hang out.”

And, yes, enjoy a beer or two.

How to watch Round 2 on Friday