Trying to play one football season during a pandemic is daunting enough.

But parts of three seasons potentially … all in a span of a year? And with three different head coaches squeezed into a four-month window?

“Honestly, it’s been a blessing, just to have football all year-round,” said Kordell Jackson, Austin Peay’s All-America senior defensive back. “That’s what people have been wanting since I can remember. So you ask, and you’ve got it — football all year-round. It’s an unbelievable opportunity for us when we didn’t even know if there would be any football last summer.”

The Governors are set to open their seven-game Ohio Valley Conference season on Sunday at Tennessee Tech (2:30 p.m., ESPN+). That’s after participating in the first live football game of any type since the start of the COVID-19 pandemic last Aug. 29, a 24-17 loss to Central Arkansas in the Guardian Credit Union FCS Kickoff in Montgomery, Alabama.

Central Arkansas QB Breylin Smith has his pass picked off by Jack McDonald, who celebrates with Austin Peay’s turnover top hat and cane.

Marquase Lovings guided the Governors in all three of their 2020 fall games as interim coach after stepping in for Mark Hudspeth, who resigned last July 3 for personal reasons following a 20-day suspension. Austin Peay also faced Pittsburgh and Cincinnati last September, both blowout losses, before shutting it down and hoping, like the rest of its FCS brethren, that a spring conference season would come to fruition.

In the meantime, Austin Peay athletic director Gerald Harrison had a new head coach to hire and plucked Scotty Walden away from Southern Miss. Walden was, at the time, serving as Southern Miss’ interim head coach, and in a familiar 2020 theme, discovered that he had tested positive for COVID-19 the day after interviewing with Harrison in New Orleans in late October.

From there, the craziness only escalated.

Walden was introduced as Austin Peay’s head coach last Nov. 2, and a few weeks later was out in the community one day with his players and coaches participating in a painting service project. Harrison couldn’t resist stoking the fire under his already energetic 31-year-old head coach, who does everything up-tempo from talking, to practicing, to running his offense.

Harrison, having just heard that the Pac-12 voted to allow its teams to seek some nonconference games, dialed up Walden on his cell phone and told him to be ready to travel to Oregon in a week for a game with the Ducks.

“I know it’s short notice, but we can’t turn down that kind of money. They’re going to pay us a million dollars,” Harrison told Walden, all the while trying to keep it together and not burst into laughter.

Walden, still on the phone with Harrison, was already yelling for his coaches to gather the players and put up the paint brushes.

“I was literally ready to run these dudes to the practice field right then,” Walden said, laughing at himself now that he fell for Harrison’s prank.

“I mean, we hadn’t installed anything. I didn’t even know if we could get lined up. I’m thinking, ‘Are we going to run their old offense, our offense, or something in between?’ We hadn’t even been on the field with them. My mind was racing all over the place.”

Harrison couldn’t let it go on any longer and finally broke down and told Walden that he was joking.

“I’m pretty gullible, but that was not cool by Gerald, not cool at all,” Walden quipped.

Speaking of cool, that’s been one of the biggest adjustments for the players as they’ve prepared for a spring season that’s “spring” in name only, especially with the frigid temperatures that have gripped much of the country.

“We’re outside practicing when it’s 10 and 15 degrees outside, and you’re used to practicing in the preseason when it’s 90 degrees,” Williams said.

The reality is that everybody’s routine has been turned upside down.

Austin Peay players, following their 55-20 loss to Cincinnati last Sept. 19, didn’t know when they would play football again. The OVC announced in October that it planned to play a spring schedule starting in February, but only “if the pandemic supports that move,” commissioner Beth DeBauche said.

Knowing there were no guarantees, the players pushed forward. They did their best to stay in shape starting with 6 a.m. mat drills in November, staying socially distanced and staying focused on defending their 2019 co-OVC championship, the school’s first in more than 40 years.

“Nobody knew. We didn’t know if that was our last game or when we might play again,” Williams said. “But we were going to be ready.”

“It’s going to pay off in the long run. We weren’t going to take any shortcuts,” said Walden, faced with the task of also trying to hire assistant coaches in November who in some cases were in the middle of their seasons elsewhere. “It seemed like we had a different coach coming in every week.”

“We didn’t know if that was our last game or when we might play again. But we were going to be ready.”

Walden didn’t get his players onto the field until January with the first full practice coming on Jan. 23, and the transition to his up-tempo offense wasn’t going to be easy, especially when he’s determined to run a play every 12 seconds.

“You can’t simulate how fast you’re going to go until you’re actually out there playing in that system,” Williams said. “You can do as many sprints as you want, but until you’re out there hitting another guy and then lining up 12 seconds later and going again, there’s nothing like it.”

As soon as practice ended in January, the Austin Peay coaches would make a mad dash from the practice field, sprint up all four flights of steps in the football complex to their offices and dive right into recruiting visits via Zoom.

“We’re all out of breath when we get up to our offices, putting on fresh gear for the video conferences with the recruits, calling out to each other to make sure we’ve got parents’ names right, got it right on what they all want to major in and all the other important details that it comes down to in recruiting,” Walden said.

“It was crazy. There weren’t enough hours in the day.”

The Governors will be running what essentially amounts to their third different offensive system going back to Hudspeth’s resignation in July. They will face Tennessee Tech without a quarterback who has ever started a collegiate game.

“And through it all, our kids have hung in there and stuck together despite all of the unknown,” Harrison said. “We had five opt-outs in the fall, and right now, have three who have opted out in the spring. I didn’t even know what an opt-out was this time a year ago.”

Walden hasn’t had much time to reflect, but he vividly remembers sitting on his couch in Hattiesburg, Mississippi, last August and watching Austin Peay play in that first game of the 2020 season.

“It was a big deal, the first football game of the COVID-19 era,” Walden recalled. “People were actually playing football. Heck, everybody was watching. I remember that first play going for a touchdown and think I fell asleep in the second half. I definitely had no clue that I would be here coaching Austin-Peay.

“It’s been different for all of us. What hasn’t been different about the last year? But what we don’t talk enough about is how resilient these kids have been and the sacrifices they’ve made to make football a reality. Our kids have been doing this since last August amid all the change and uncertainty and have never wavered.”

The two FCS teams that advance to the championship game will play all the way into mid-May. That means they will have about two and a half months before the start of preseason camp for the 2021 fall season. Austin Peay’s first game is scheduled for Sept. 2 at Chattanooga.

“It’s the back end that’s going to get you and will be the toughest to navigate,” Harrison said. “That’s where we have to be so careful in making sure the kids get enough time off. In the old days, players used to go home for the summer. They don’t do that anymore. They’re on campus all year. But they’re going home this year. They will need six to eight weeks to completely get away from football.”

The self-discipline required to play parts of three football seasons in one year will be unlike anything these players have ever experienced.

And it’s not like COVID-19 is going away any time soon.

Walden created a leadership committee to help manage COVID-19 protocols within the team with a designated person in charge at each dorm, apartment complex or household where the players live. The Governors have had zero positive tests in three of the last four weeks.

“It’s all about holding people accountable and knowing that at the end of the day, the bigger picture is playing football on Sunday,” Jackson said.

That’s right — Sunday. All but one of the Governors’ games this spring will be played on Sunday concluding with a trip to Eastern Illinois on April 11 and then the FCS playoffs.

And when it’s all over, both the spring and fall seasons this year, Walden figures he will need more than just a nap.

“I may hibernate, all of us may, the coaches and players,” Walden said. “But what a journey, and we can’t wait to see where it all ends.”

Potential Texas, Oklahoma move to SEC – The hurdles, domino effects and what we know so far

Potential Texas, Oklahoma move to SEC – The hurdles, domino effects and what we know so far 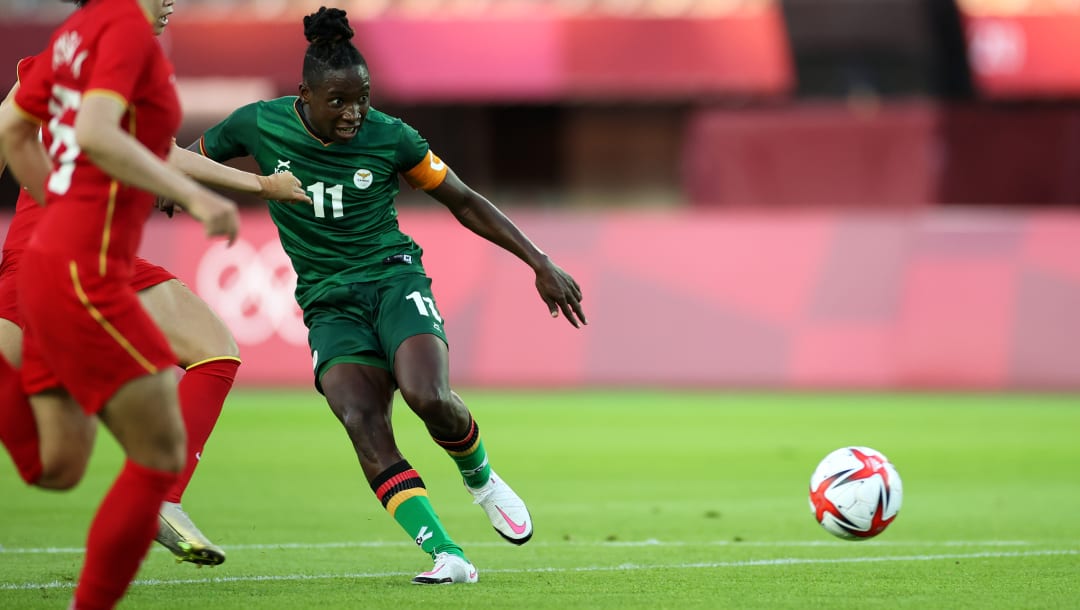 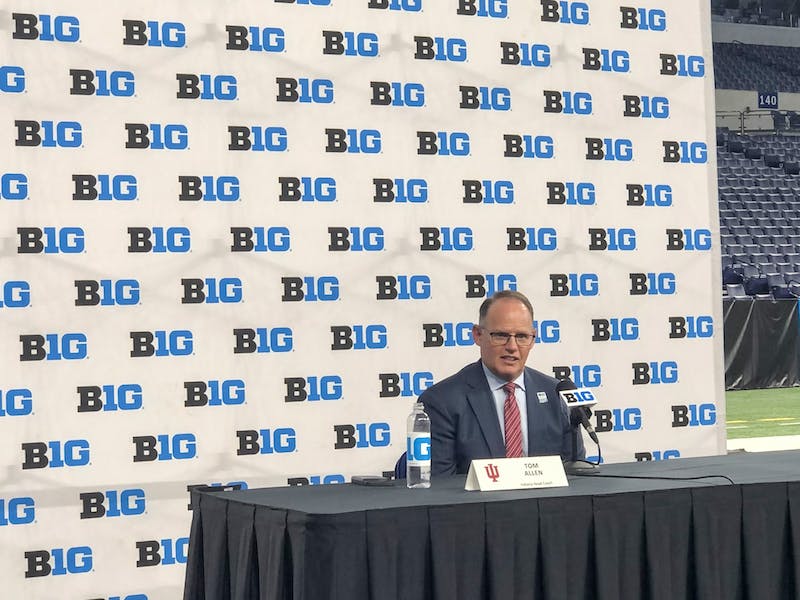