NEW DELHI: The year 2020 had started with a bang for India’s national hockey teams with the men’s team climbing up to their best-ever ranking of fourth in the FIH World Rankings and the women’s team setting sights on the Tokyo Olympics with some handy matches against New Zealand and Great Britain in January-February.
However, with the ill-timed advent of COVID-19 around the world, the sporting fraternity also ended up suffering noticeable setbacks, with the biggest sports event the Olympic Games also getting postponed to 2021.
Not letting the setback hamper their plans, Hockey India turned to technology to conduct various initiatives and showcased resourcefulness to effectively bring back normalcy to the lives of its players, coaches, officials, employees and fans across the country by making effective use of technology, staying connected through social media platforms, video conferencing applications, organising coaching courses and addressing each situation with a proactive approach.
The first of many of the governing body’s proactive initiatives came with Hockey India working closely with the chief coaches in order to work out a new suitable schedule for the teams after the International Olympic Committee (IOC) and Tokyo 2020 Organising Committee had jointly announced the postponement of the Tokyo Olympic Games to 2021.
Hockey India in April 2020 also became the first federation to layout and share detailed SOPs and guidelines for resumption of sporting activities with all its Member Units with the intent to be well prepared and ready for a systematic rollout.
In a landmark move, Hockey India also worked on a detailed plan, and announced in April 2020 the restructuring of the annual National Championships with the endeavor to maximize athlete participation & further develop hockey across the country, with effect from 2021.
In May, Hockey India sent out Expression of Interest Form to various State Member Units, Institutional/ Department Members and Academies, and invited them to express their interest in hosting the restructured annual National Championships 2021 for State Member Units, and inaugural Inter-Department National Championship and Academy National Championship.
A first-of-its-kind Special Congress was also organised by Hockey India via video conference in May 2020 as they engaged with its Executive Board Members and State Member Units in valuable discussions to pave the way forward to restart the sport at state and national level following the Covid-19 pandemic situation.
In May, Hockey India decided to add more structure to the gradation of Hockey India Tournament Officials to help improve the standards of officiating, and in June 2020 further made modifications to the assessment of Officials Performance Report Templates including Tournament Officials and Umpires.
Hockey India also made effective use of technology as during the early days of the nation-wide lockdown period in April 2020, Hockey India and Sports Authority of India (SAI) collaborated to conduct 21-day online Coaches Development Sessions for Hockey Coaches across the country. It was a move through which high-level knowledge was provided through video conferencing, with Hockey India’s top coaches conducting the sessions for young coaches.
A Hockey India Level ‘Basic’ Coaching Course was also conducted in May 2020 for the Indian Hockey Senior Core Probables who were stationed at the SAI Centre in Bengaluru. The Course saw a total of 32 Senior Men and 23 Senior Women Core Probables take part, the sessions of which were conducted online.
The federation celebrated the 72nd Olympic Day digitally with its Member Units, with young children, players, coaches and administrative staff taking part in various activities while respecting the social distancing and safety guidelines prescribed by the Ministry of Home Affairs, and showcasing Olympic values during a week-long celebration.
After the successful completion of several Hockey India Coaching Education Pathway courses in 2019 and 2020, Hockey India, in close association with the International Hockey Federation (FIH), also organised the FIH Academy — Hockey India Coaching Education Pathway Level ‘1’ Coaching Course online for Indian Coaches. The sessions were conducted by FIH Educators over Microsoft Teams.
The months of July and August also saw Hockey India conduct specialised workshops for top-level Indian coaches who held a minimum of an FIH Level ‘1’ Coach Certification. These workshops were organised online, and saw six foreign coaches/experts conduct various sessions for the Indian coaches in order to further enhance their knowledge and skills.
In addition, the Indian women’s hockey team in April 2020 launched an 18-day fun fitness challenge named “#Give100ForCOVID” which was aimed towards raising funds to help the poor and migrant families who had been affected due to the pandemic.
The team was again involved with a noble initiative in October 2020, with the month being the breast cancer awareness month globally. Hockey India, along with non-profit organisation Aaroogya for women cancer Research and Prevention, conducted a session via zoom with the members of the Indian women’s hockey team which was about the early detection and prevention of breast, cervical and oral cancer. During the session, Aaroogya’s representatives expressed that the best way to prevent cancer is to lead a good lifestyle by regularly exercising and by following a healthy diet. They also lauded the women’s team for possessing the right representation of a good lifestyle.

Khanna rejects Batra's claims on presidency, tells members his continuation will be in contempt of court

Khanna rejects Batra's claims on presidency, tells members his continuation will be in contempt of court 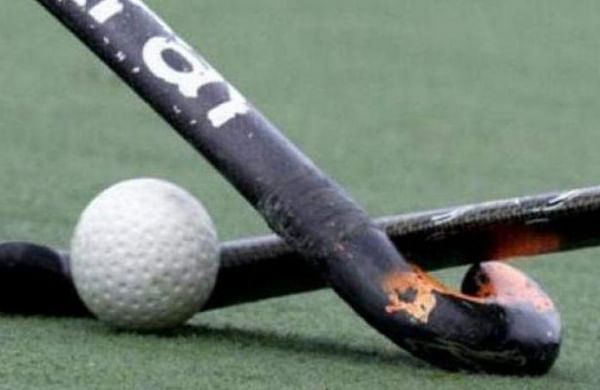 After failing to qualify for World Cup, Pakistan hockey coach says it's now time for rebirth