Bill Snider’s million-dollar idea came at the intersection of his day job and his hobby.

During the week, he oversaw purchasing for all four Hendrick Motorsports race teams competing in the NASCAR Cup Series, in addition to acting as the archivist for the championship-winning organization. On the weekends, he tested his mettle behind the wheel of his personal Corvette at high-performance driving events or “track days.” He took part in track days to clear his mind, away from his workaday life, but it was his observation of another weekend warrior that led to Track Attack, an already booming business concept for one of America’s storied racing programs.

“In one of these events, I saw somebody take a Nissan GTR and lose control of it and hit a tire barrier,” Snider said. “It wasn’t anything where anyone got hurt, but financially, it was significant damage to the car.

“It was a street car that was converted to a track car. So, when I saw it, I started thinking about it, because I had a warehouse, basically, of active and inactive stock cars that we were holding on to for various reasons.”

As the head of purchasing, Snider was aware of the costs associated with Hendrick’s current inventory, over 70 Cup cars in all; furthermore, NASCAR was two years away at the time of Track Attack’s inception from introducing its Next Gen car, which would render Hendrick’s current fleet obsolete at the top tier of stock car racing.

The industry’s accepted practice of shedding inventory involved selling the center sections of those cars to teams in NASCAR’s Xfinity Series or ARCA’s grassroots divisions; however, with the new car on the horizon, old cars would soon flood the closed market with unsold materials bound for the shredder. Snider thought it best to find new buyers as a way to retain value, tapping into folks like him with disposable income and a passion for track days.

“When you go off the track at some of these road courses, you can literally destroy the set of wheels that you have. Some of these Porsches, for instance, and we know this from our (Hendrick) dealerships, the sets of wheels are $10,000 and the wheels we run on our cars are just a little over $900.

“I thought, heck, let’s go ahead and put a couple of these together for track-day cars and see what we can do with them.”

“This is supposed to be fun”

There are two options for cars — the Chevrolet SS fielded in NASCAR from 2013-17 and the Chevrolet Camaro ZL1 utilized in 2018-19 — and two engine options — the entry-level Chevrolet Performance LSX 454 with over 627 horsepower and the sportier Hendrick Motorsports R07 with over 725 horsepower. From that point, customers can choose between two different transmissions, interior amenities like cool boxes and a custom-designed paint scheme.

Customers to this point have thrown some curveballs: A few have requested cars driven by specific Hendrick drivers like Jeff Gordon, Jimmie Johnson and Dale Earnhardt Jr., which Snider said he didn’t initially consider, while others wished for identically-prepared machines, so as to squarely compete against friends. There are currently two sets of “twins” — the term used by Hendrick Performance Group VP Dale Ledbetter — in production.

Following the initial order, customers visit the Track Attack headquarters, a windowless shop off of the main road of the vast Hendrick campus. There, they’re fitted for a seat insert and converse with Lance McGrew, once a crew chief for Earnhardt Jr. and Kyle Busch among others, now Track Attack’s day-to-day manager.

Before the car’s delivery, McGrew and company travel with the customer to a nearby track for a shakedown while offering coaching; Snider stressed relative neophytes behind the wheel could feel comfortable given the vehicle.

“A novice driver could do it, with training, and run on a road course and be effective with these cars,” Snider said. “And they are way safer than even a street car that’s had a roll cage put in it. This is a purpose-built car that uses the same center section as a (modern-day) Cup car, which is a very safe platform.”

Safety was put to the test last year when Scott Lloyd crashed his Hendrick-built Track Attack car at Virginia International Raceway. The car went off track at 145 mph, hit a wall at over 80 mph and landed on its roof. Lloyd was unscathed.

“If you’re going to go out and do what we were doing, which is trying to set fast laps and really driving to nine-tenths of what the car can do, you need the safety that’s in this car to be 100 percent to be honest,” Lloyd said. “If I was still in my old car, in the street car, I don’t know if I’d be sitting here right now.”

The car appeared irreparably damaged and a similar crash would certainly total a street car, but Lloyd was reassured by the Track Attack group that the repair work was minimal.

“The response was, ‘It’s fine. We’re just going to hang a new body on it.’ And I mean, I couldn’t believe it,” Lloyd said. “They went back and hung a brand new body on the car … to get that car back in less than three months, it’s amazing.”

In the interim, McGrew took on the position of performance advisor: Lloyd had pushed the limit of his own ability too far, after which McGrew reminded him, “This is supposed to be fun.”

That’s now a slogan with staying power inside the Track Attack walls.

If you’re a potential buyer, Hendrick’s video of a 2020 test at California’s posh Thermal Club has everything you could ever want: a Hendrick Cup car with a R07 engine on competition-ready Goodyear tires with Jeff Gordon behind the wheel.

But if you’re an internet sleuth or among competitors dubious of the program’s intentions, believing its existence is as a workaround for NASCAR’s rigid testing restrictions, the video has everything you could ever want: a Hendrick Cup car with a R07 engine (!) on competition-ready Goodyear tires (???) with Jeff Gordon behind the wheel (!!!), seemingly all the ingredients for a modern auto racing conspiracy.

By now, Ledbetter’s heard it all, but he treats the skepticism with proper gravity.

“That is a good question. We had to get with NASCAR on that,” Ledbetter said. “That’s one of the reasons we’re using a car that’s two years old versus the very current car. When this Camaro was launched two years ago, it’s a lot different than what’s racing as a current status.

“We’re always bound by NASCAR on what we can do and how we can capture data,” Ledbetter said. “They are monitoring.”

Josh Hamilton, spokesperson for John Probst, NASCAR’s VP of Innovation and Racing Development, confirmed the scrutiny and assured the Track Attack program is not in violation of the sanctioning body’s testing policy. Via email, Hamilton detailed key elements:

Similarly, none of Track Attack’s cars could pass a current NASCAR technical inspection. The majority of the mechanical work — to lighten the car and prepare it for a novice’s use — are illegal within competition.

“Our purchases haven’t come as an impulse based off of those types of events,” Snider said, suggesting that track-day diehards, and not common NASCAR fans, are their core demographic. “We’ve sold more during COVID than we did any time around Daytona or any of these road course events.”

It doesn’t surprise Snider that his customers view Track Attack as a temporary escape from a pandemic-stricken reality.

“I don’t know if I want to call it therapy, but when I go out on the track, that’s what it feels like.”

A future across the pond?

A Hendrick-built NASCAR stock car on Germany’s Nürburgring is more than a scintillating mental image. It’s a legitimate vision from Ledbetter and Snider, who believe an international market for Track Attack exists in a post-pandemic world.

“We are prepared to go there,” said Ledbetter, who suggested Track Attack is selling more units domestically than it can advertise.

An influx of cars is coming in 90 to 120 days, and then again once the current NASCAR season concludes in November. Once the inventory is adequately bolstered, the program can turn its attention to Europe and beyond, where track days are common at some of the sport’s historic venues.

“There’s nobody safer than we are,” Ledbetter said. “Nobody has the cost of the vehicle, nobody has the service this cheap.

“I can’t see why the international market (wouldn’t) get that grasp. We’ve just got to let them know that.”

F1 2021: Masi on turn four controversy: Drivers could run wide, but not to overtake 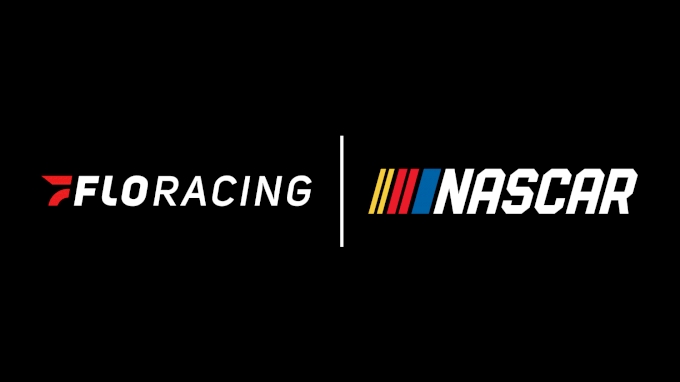 NASCAR: Proposing a 2023 Cup Series schedule – Beyond the Flag