THE FLATS – Richy Werenski contends for title No. 2 on the PGA Tour, misses by one at Zurich Classic of New Orleans … Paul Haley II has an enjoyable homecoming on the Korn Ferry Tour … Tyler Strafaci has set his professional debut … More below in this week’s Georgia Tech #ProJackets Report.

The duo fired rounds in the 60s (65-69-68-67) for a 19-under-par total of 269, which came up one stroke shy of the lead, which was shared by the Australian duo of Marc Leishman and Cameron Smith and the major champion duo of Louis Oostuizen and Charl Schwartzel, both of whom posted scored of 268 (-20). Leishman and Smith won the title in a playoff.

The difference turned out to be rounds 1 and 3, played with the four-ball format (each player plays his own ball, and the best score on each hole counts for his team). The first-place finishers shot 63-63 in those rounds, while Werenski and Uihlein shot 65-67. According to the PGA Tour, they shot 136 (69-67) in alternate shot, the lowest score in that format by two strokes. They were one of two teams to break 140.

The near-miss meant a 22-spot hike for Werenski in the FedEx Cup race to 91st place.

Meanwhile, Vincent Whaley and his teammate Michael Gligic tied for 29th in the 78-team competition with a 7-under-par total of 281. Former Tech teammates Roberto Castro and Cameron Tringale missed the cut, as did Chesson Hadley and his teammate, Ben Martin.

Hadley, Tringale, Werenski and Whaley are back in action this week for the Valspar Championship in Palm Harbor, Fla.

HALEY MAKES MOST OF HOMECOMING ON KORN FERRY TOUR

Paul Haley II was one of several Dallas, Texas, natives in the field for last weekend’s Veritex Bank Championship, and the former ACC champion was obviously comfortable in his home environment. Haley shot rounds of 70-63-64-69 for an 18-under-par total of 266 to tie for 11th place at the Texas Rangers Golf Club in Arlington.

The performance lifted him to 27th on the Korn Ferry Tour points list, just outside the 25th spot necessary to win a PGA Tour card at the end of the regular season.

Anders Albertson, returning to action after a break, looked as though he might challenge for the win early in the tournament, opening with rounds of 62-65 to lead the event before falling back to a tie for 20th after weekend rounds of 70-71. He posted a 16-under-par score of 268 and sits No. 62 in the Korn Ferry points standings.

J.T. Griffin also made the cut and tied for 46th place at 273 (-11), and stands 77th in points. Seth Reeves, Ollie Schniederjans and Nicholas Thompson didn’t make it to the weekend.

All six will be back in action this weekend at the Huntsville (Ala.) Championship.

When recent Georgia Tech graduate Luke Schniederjans earned status earlier this month on the MacKenzie Tour, the PGA Tour’s Canadian Tour, there wasn’t much clarity on when and where he would actually play. That answer has now come.

The Forme Tour will continue to provide Official World Golf Ranking points and is planning an eight-tournament schedule played during the summer. The top-five points earners earning 2021-22 Korn Ferry Tour membership along with others advancing to the second and final stages of the Korn Ferry Tour Qualifying Tournament.

Dates and sites will be announced later in the spring.

Chris Petefish tied for 14th in last week’s Huntsville (Ala.) Open on the GPro Tour, posting a 9-under-par score of 204.

He’s already played in three professional events, missing the cut at the Masters and Farmers Insurance Open and withdrawing with injury at the Genesis Invitational. Thanks to a new rule, Strafaci will still be able to play in June’s U.S. Open at Torrey Pines through his U.S. Amateur exemption despite losing his amateur status.

Aside from the U.S. Open and Nelson, Strafaci already has tournaments lined up at Colonial and Muirfield Village.

CINK AND WESTWOOD REVEL IN JOIN BROUGHT BY PERSPECTIVE, FAMILY

Familiar with the old adage that age is just a number? Here’s PGA Tour proof of that: Exhibit A: 47-year-old Stewart Cink, who eight days ago won the RBC Heritage for his second victory of the season – both of them coming more than 11 years after his most recent title. Exhibit B: Almost 48-year-old Lee Westwood (his birthday is Friday), who came within one swing of potentially winning both the Arnold Palmer Invitational and the Players Championship in consecutive weeks last month. At their respective ages, Cink and Westwood could be counting the days until they turn 50 and can graduate to playing 54-hole, no-cut events on PGA Tour Champions where the pay is good and much of the pressure is off.

For the Love of Money, Not Football 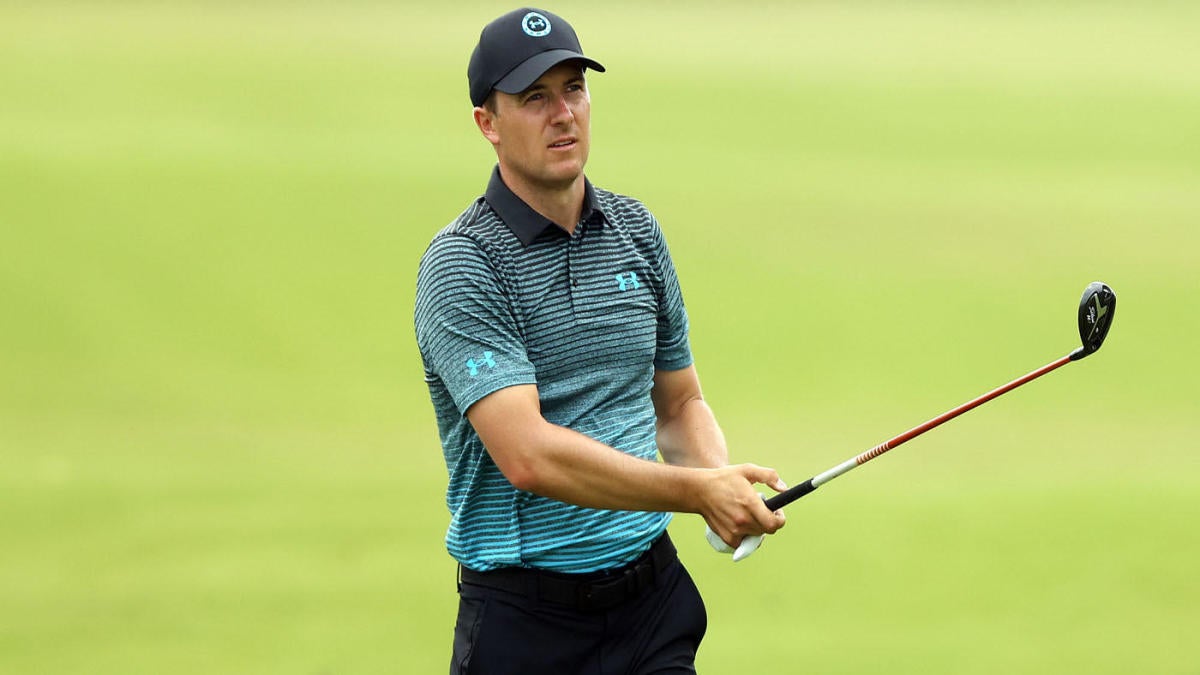 Chris Riley, Phil Mickelson and the rebirth of a college golf team