The 2020 season hardly went the way the LSU Tigers drew it up.

It was a tough task, going up against only SEC opponents in the midst of a 10-game season affected by COVID-19. Add to that the fact LSU was one of the youngest teams in the conference after all it lost between the coaching staff and the 2020 NFL Draft after an undefeated season capped off with a national championship win over Clemson.

But still, a 5-5 finish with losses to teams like Missouri was disappointing. The Tigers found their identity toward the end of the season, ending off with an upset victory over Florida and a home win over Ole Miss and have recruited well ahead of the upcoming season.

This gives plenty of reason for optimism that Ed Orgeron’s team will have a much better team moving forward after dealing with so much adversity.

Here’s a look at how the 2021 season could shake out for LSU, which has the Tigers finishing out with an overall record of 8-4.

This game should mark the beginning of LSU showing how much it’s grown over the offseason, but it won’t be easily won. 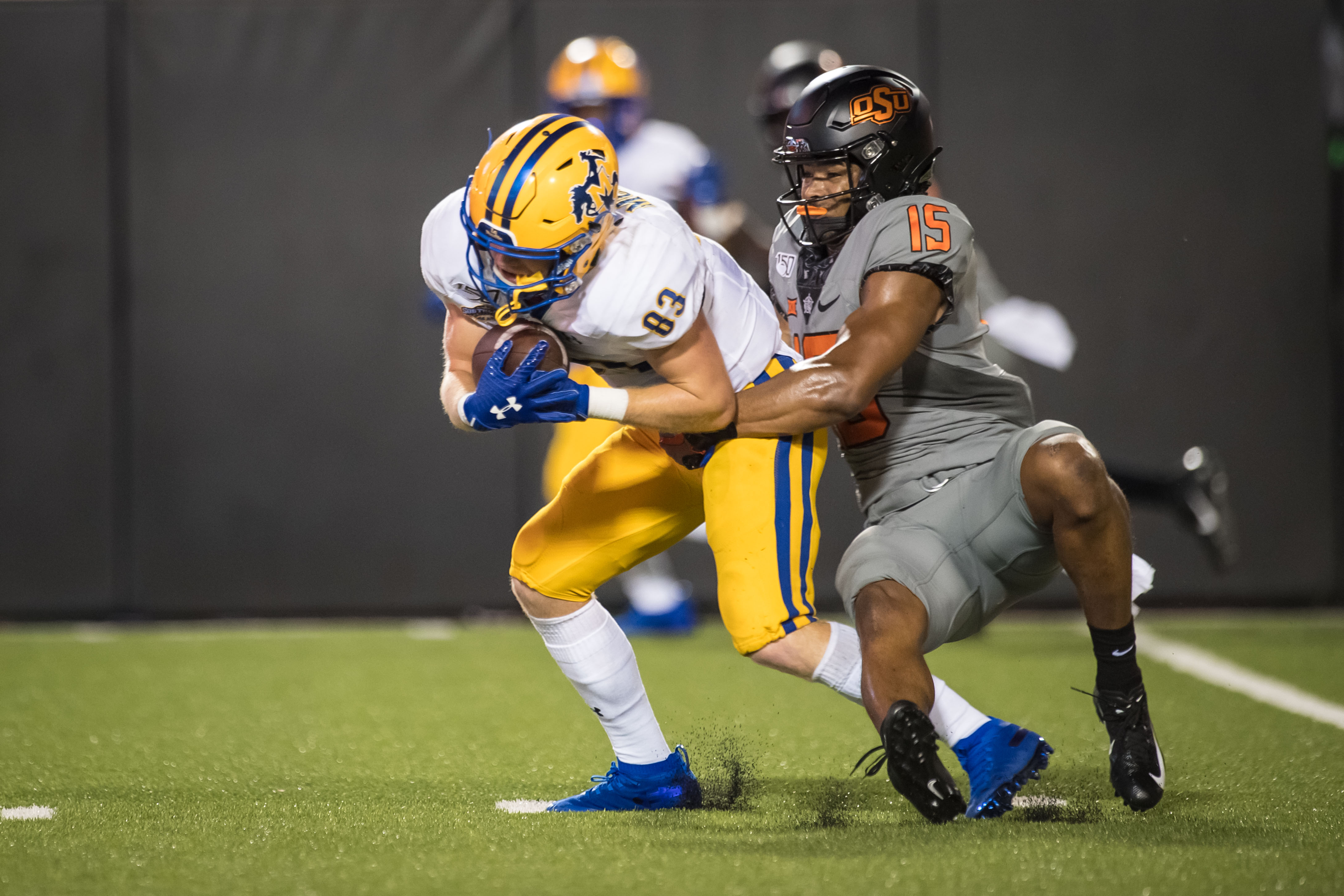 LSU returns to Baton Rouge to play a cupcake opponent, and should be able to get its younger players some additional experience. 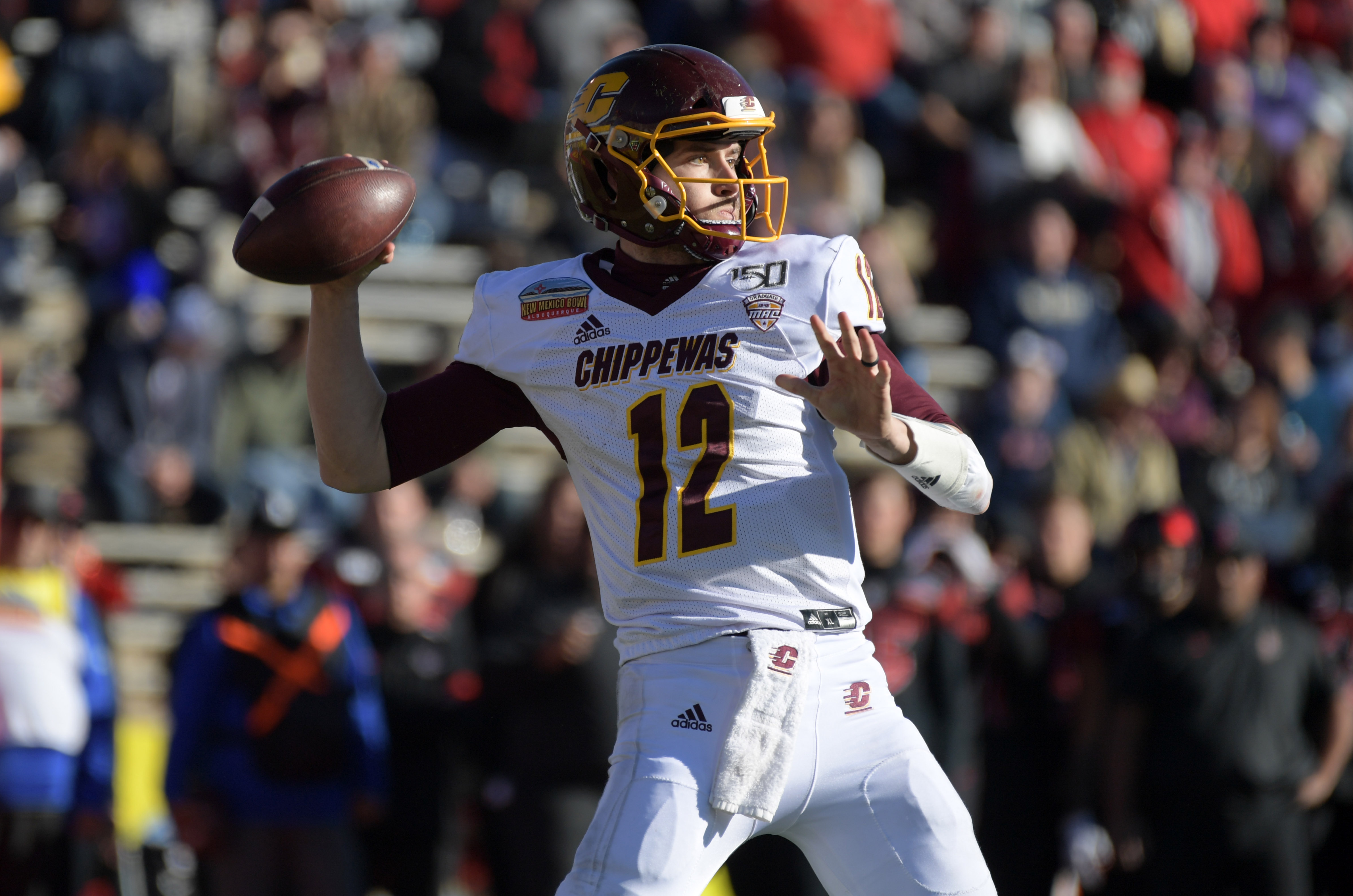 This matchup marks LSU’s last non-conference game before it opens SEC play in 2021. The Tigers should have a solid sense of who they are at this point, and should cruise to an easy road victory over a team that simply doesn’t feature a comparable talent level. 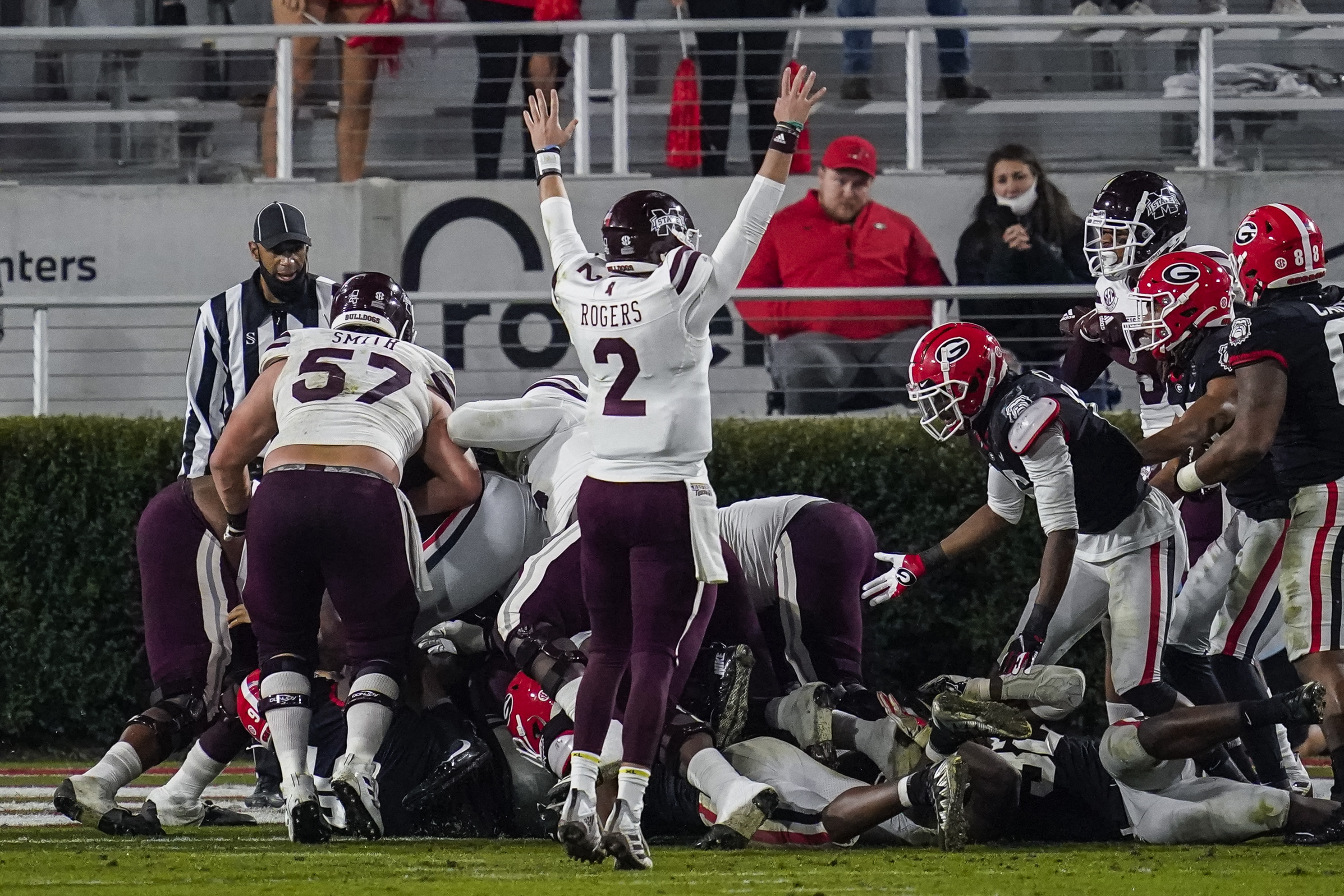 LSU didn’t have an answer for Mike Leach and his Aird Raid offense the last time around. Both teams have their feet under them more so now than last year, and feature solid quarterbacks on both sides between guys like Will Rogers and Jack Abraham for the Bulldogs and whoever ultimately wins the battle at LSU.

This is sure to be a close one, but Mississippi State pulls it out again. 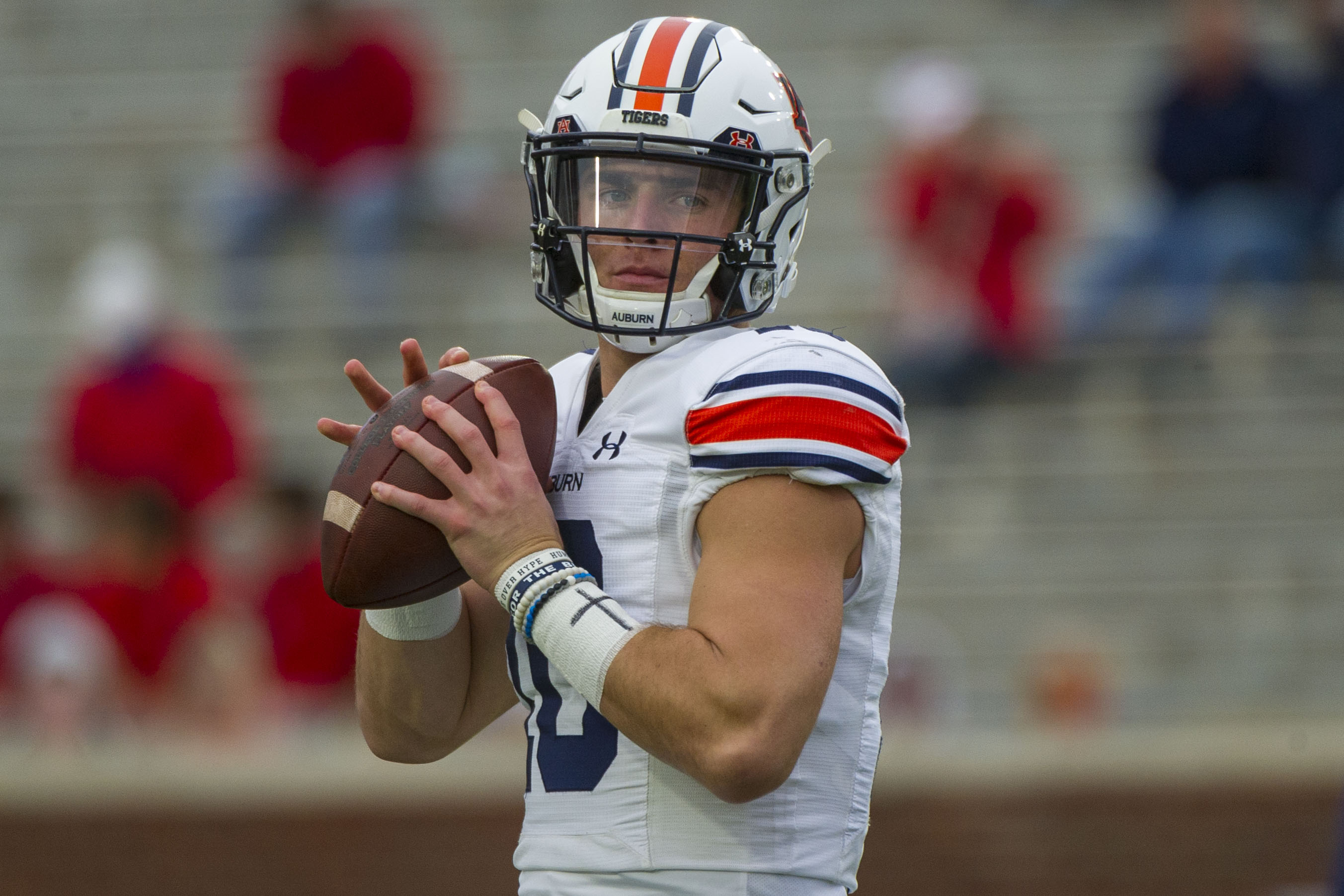 Auburn has a new head coach this year in Bryan Harsin by way of Boise State since Gus Malzhan was fired. This is Auburn’s first time with a new name at the position since 2012, and this will also be Harsin’s first season coaching in the SEC.

If quarterback Bo Nix has reached his ceiling by now and has no more to offer beyond what he’s shown that to be, this could be a rough year for Auburn. 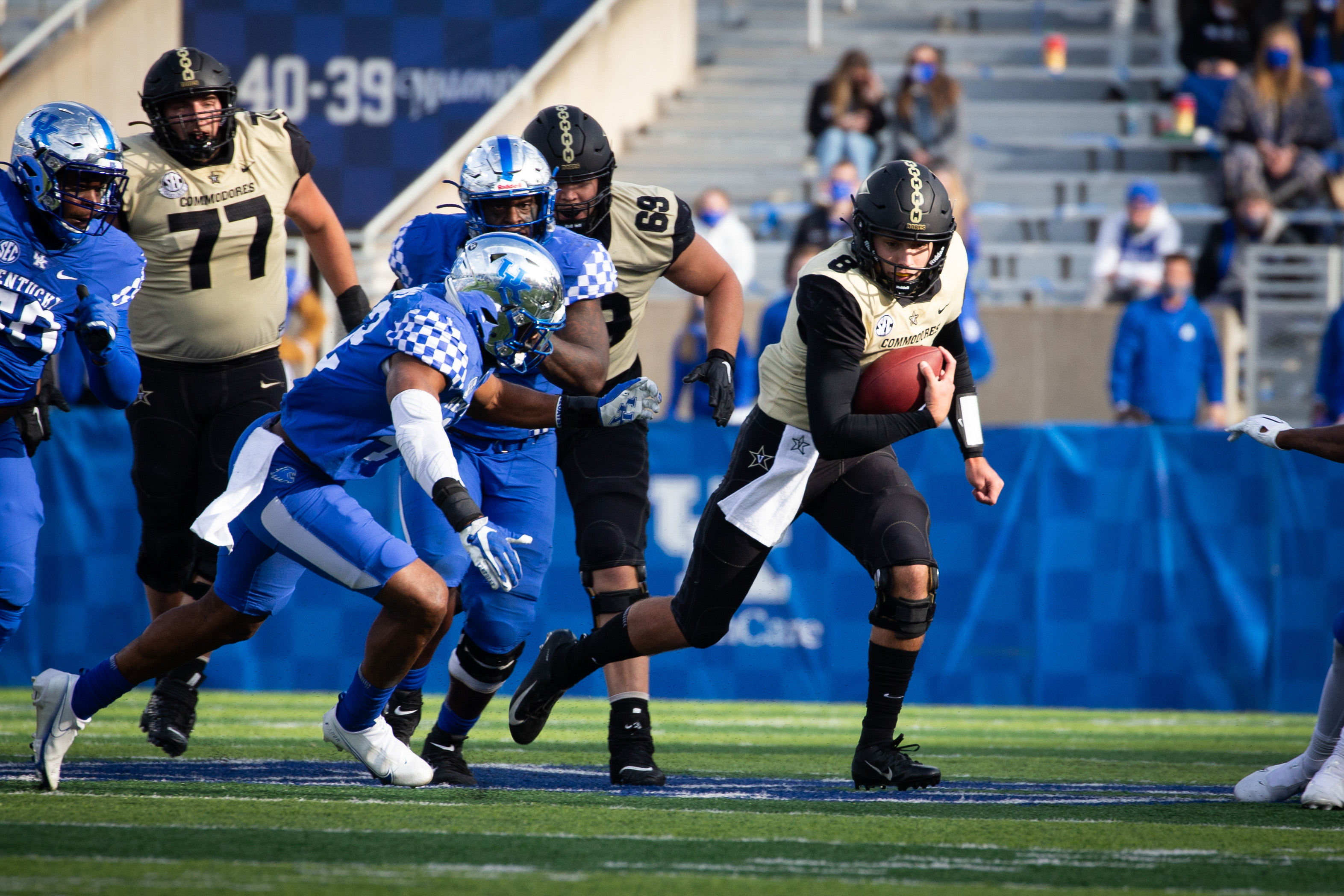 Kentucky is not an opponent to be underestimated by LSU — or team this season. The Wildcats typically have a strong defense, and are expected to uphold that reputation in 2021.

Mark Stoops’ team is expected to have better play at quarterback, meaning the offense should also be more stout, though it will be interesting to see who exactly ends up assuming the helm by this point. 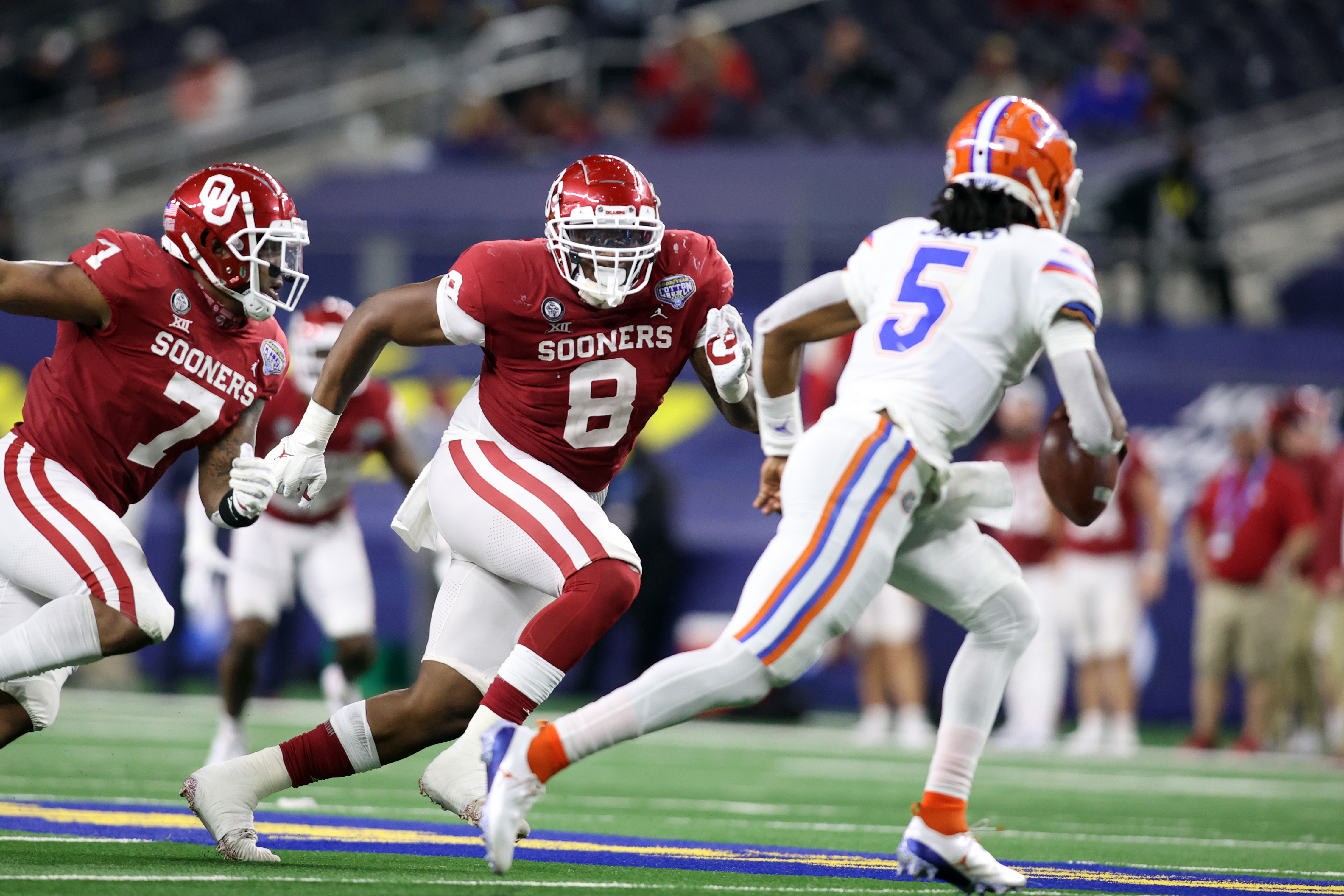 LSU shocked Florida last year in a game hardly anyone expected it to win. This year, the Gators lose quarterback Kyle Trask and the offense will be in the hands of mobile signal-caller Emory Jones instead.

LSU has the homefield advantage, but this will be one of the most difficult games for the Tigers to win on the schedule. 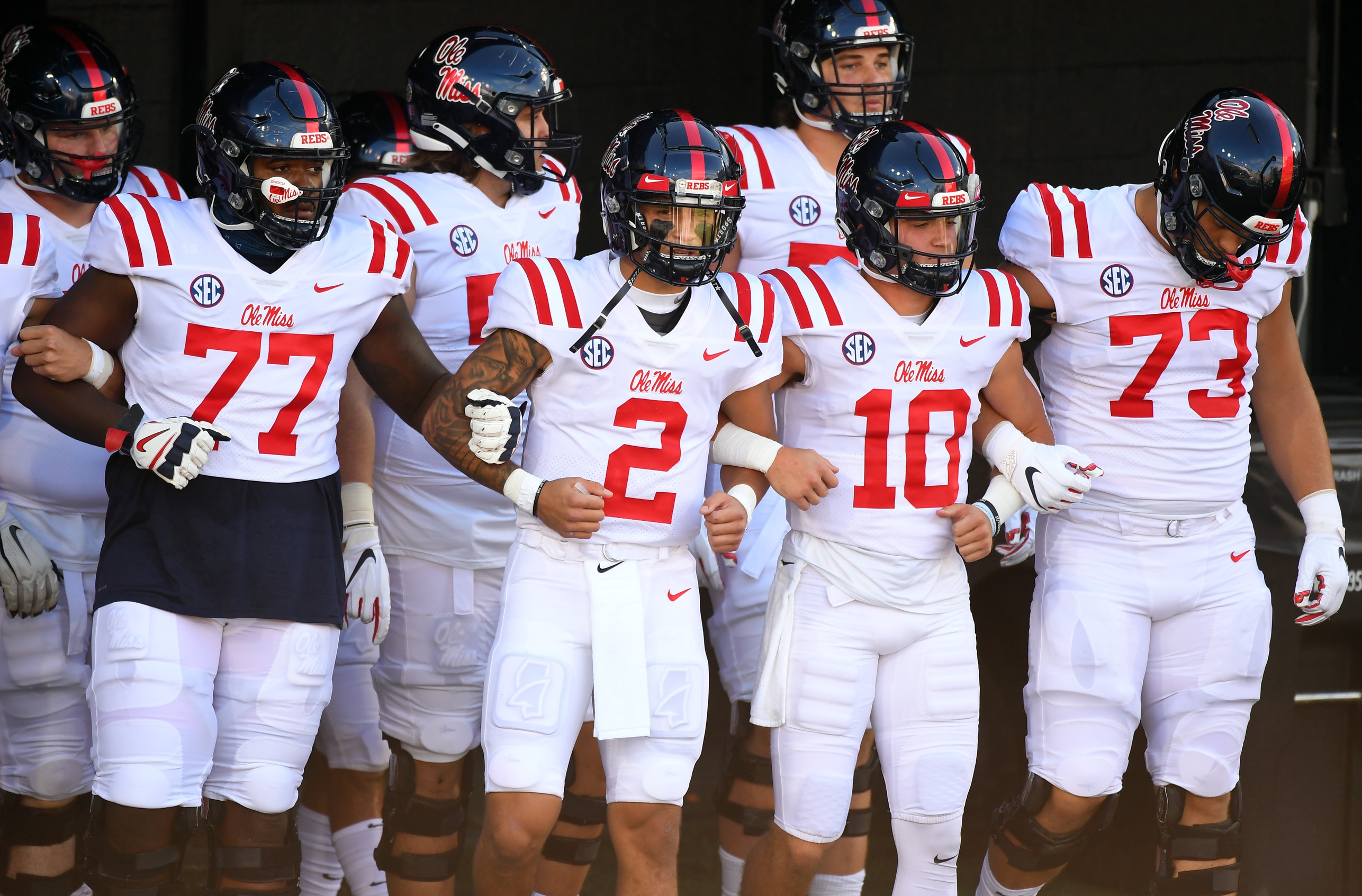 Matt Corral for Heisman, anyone? Well, he’s at least considered a darkhorse candidate for the honors right now.

The Ole Miss quarterback showed tremendous upside last year, and is expected to be one of the conference’s top passers in 2021. Lane Kiffin’s team has the potential to really emerge this year, and it’s going to be a battle of whose offense ultimately gains the edge. 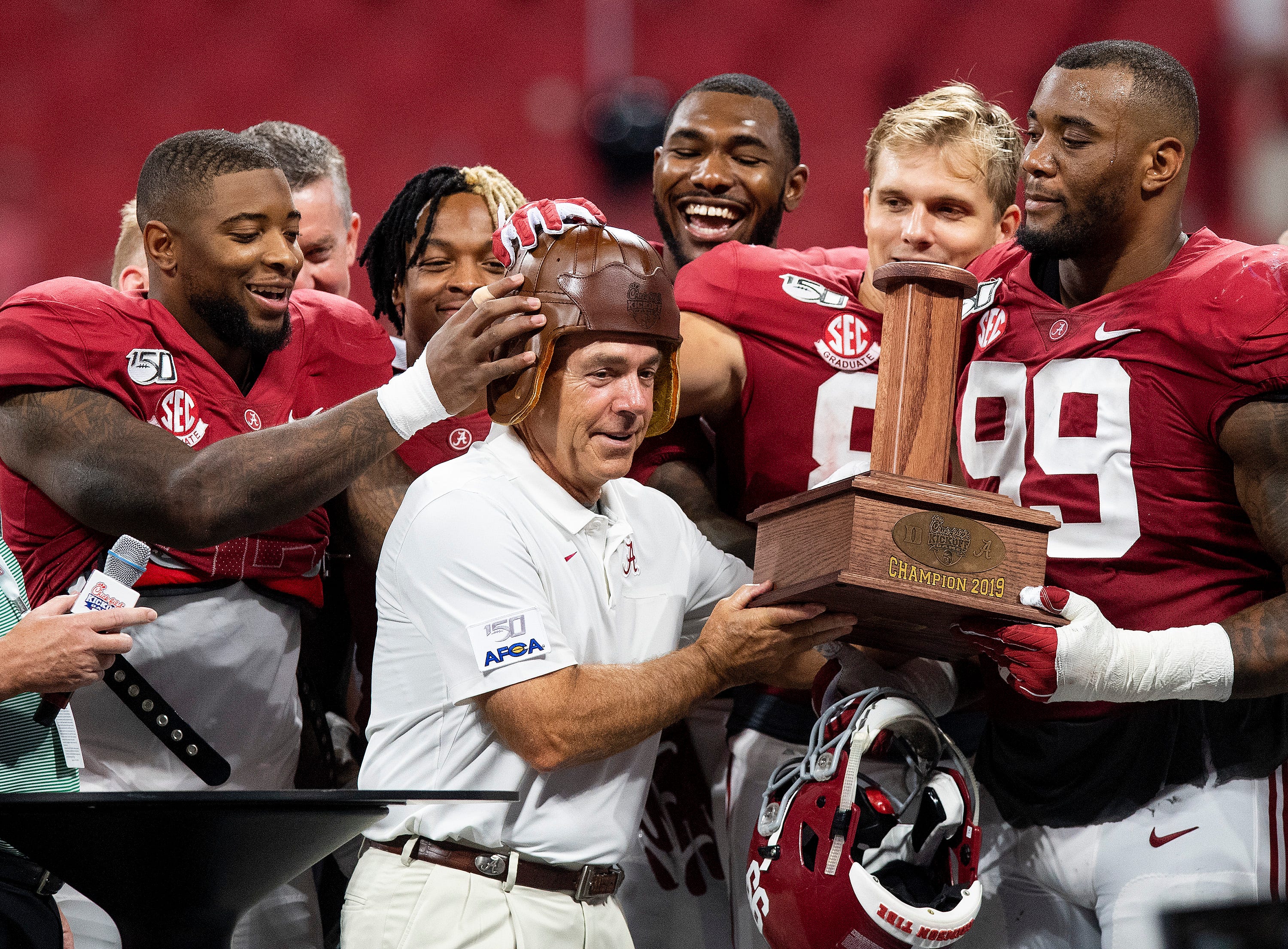 After suffering back-to-back losses, LSU faces the opponent that has been its hardest to defeat for several years.

Alabama has several starters to replace with the departure of guys like quarterback Mac Jones and wide receiver DeVonta Smith. But if history has shown us anything about this team, it’s that the Crimson Tide know how to reload and come back perhaps even stronger than they were the year before in some cases.

Being on the road makes it that much more difficult for the Tigers to snag a W here. 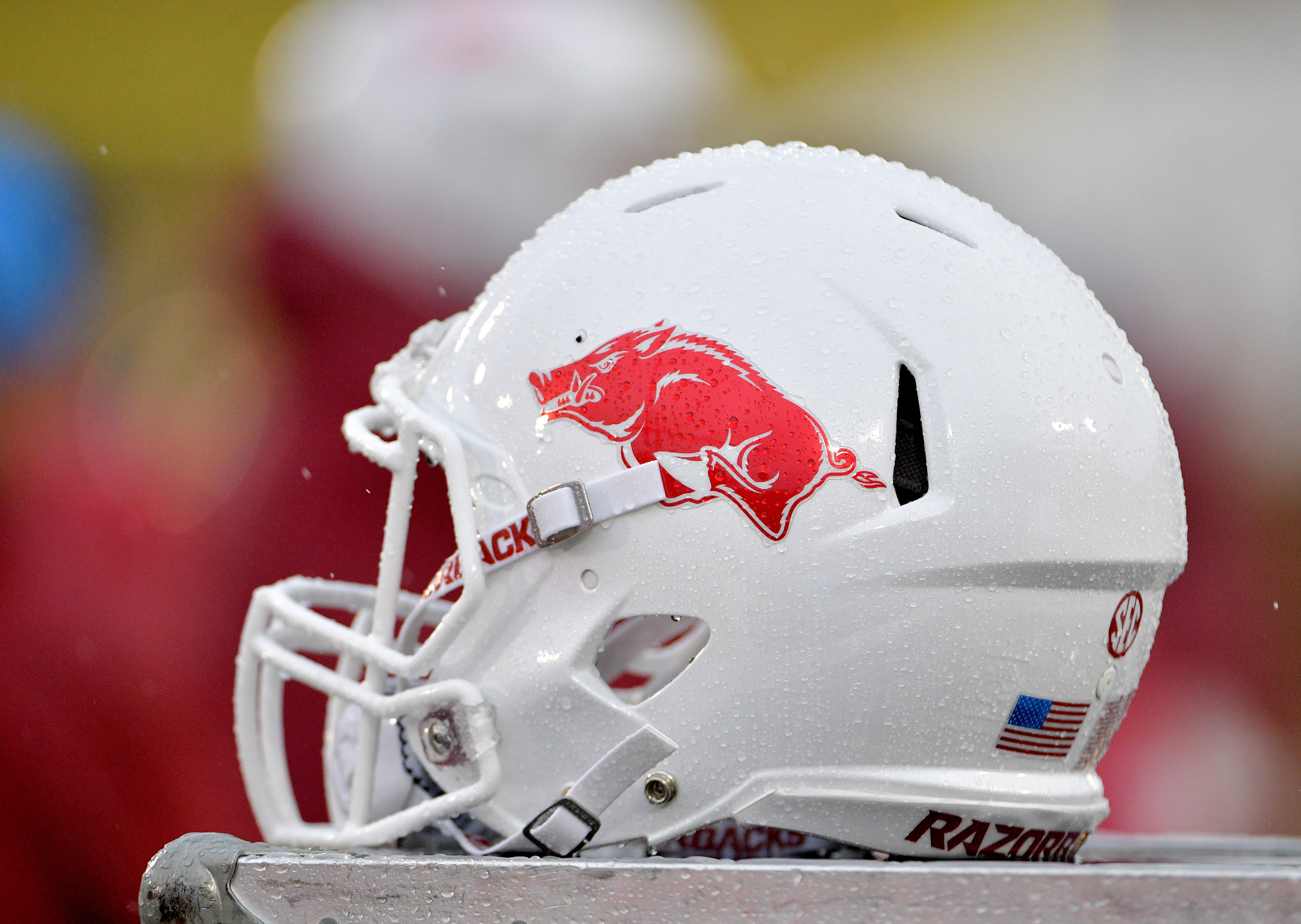 How about Arkansas last year? The team showed it could finally contend with some SEC opponents in 2020.

But the departure of starters like quarterback Feleipe Franks, who contributed so much to the Razorbacks’ success, will make it difficult for them to build off those accomplishments. 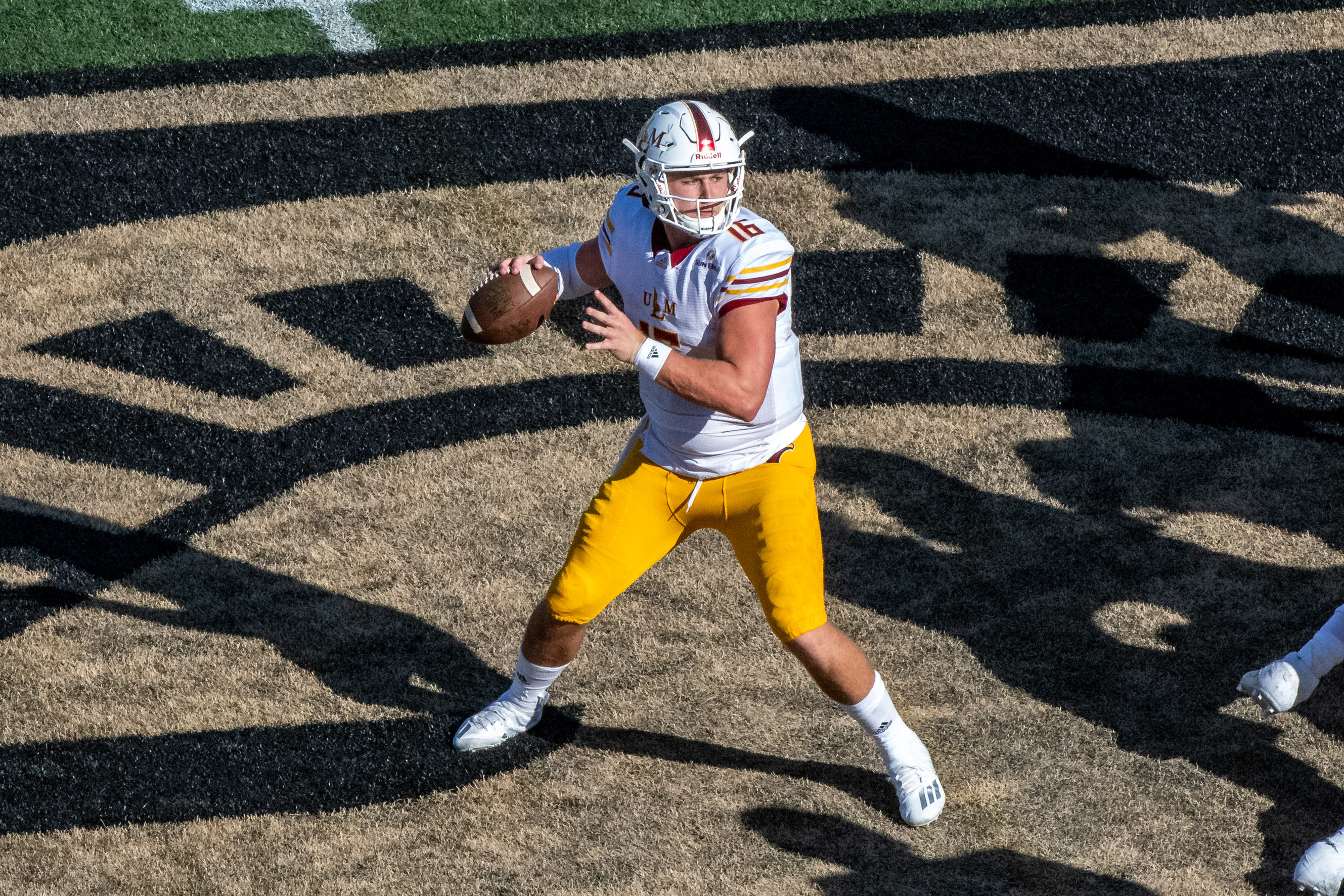 LSU gets some downtime with this one.

ULM will be interesting to keep an eye on after the offseason changes with Terry Bowden taking over as the new head coach and Rich Rodriguez guiding the offense.

The team will prove no match for LSU, though. 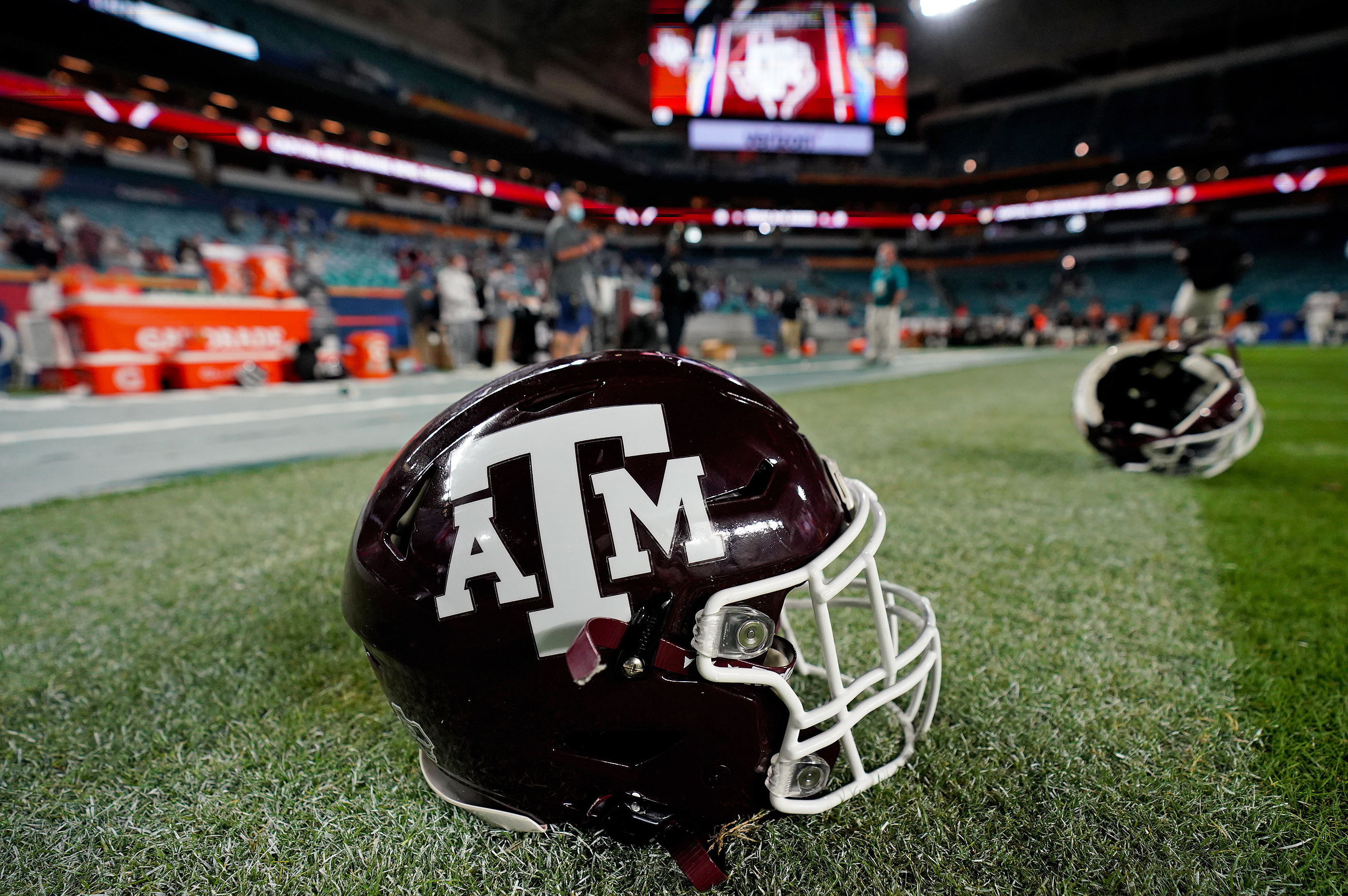 The Aggies are primed to have one of the best defenses in the conference, and whichever quarterback ultimately wins out will have the pleasure of working behind a solid offensive line. Obviously, this means good things for the ground game and the passing game.

The rivalry that has evolved into one of the most interesting in college football will end in an LSU win this time.