While some Sailors may dream about starting new careers after leaving the Navy, Sonar Technician (Surface) 2nd Class Matt Perry is not content to wait, living life at a faster pace than most. Instead of switching gears after his enlistment, he already had an established career of what many rookie race car drivers aspire to be: a NASCAR driver.

Perry began racing in 2010, four years before he would eventually join the Navy. He started with drifting cars and has since taken every opportunity to get behind the wheel and compete. This openness to trying different kinds of racing has resulted in a plethora of unique experiences that have shaped his driving style.

“I’ve pretty much raced in everything, and when I say everything, I literally mean everything,” said Perry. “Autocross, drag racing, road course, drifting, dirt tracks and NASCAR. I’ve raced everything from local short tracks to now getting ready to race national-level events. I’ve even been invited to race in the Chili Bowl nationals, which is the Super Bowl for Dirt Midget Racing. We’re practicing in 2021 to take on the challenge in 2022.”

Perry says racing across different tracks, engines, and body styles has given him a unique set of skills that allow him to adapt to a multitude of situations. This is just one of the factors that ultimately sets him apart from his peers. He is also the only current active-duty Sailor who is racing in NASCAR.

However, traveling down two different paths simultaneously can be a daunting task. Perry has had to manage the duties of being a full-time Sailor while fulfilling his passion for racing during his off-duty hours. This has led to many late nights, long weekends and plenty of sacrifice.

Perry is now working to intersect his two careers. He believes his unique position as the only active duty service member who races in NASCAR allows him the opportunity to share his story with potential future applicants. Perry says he wants to be an example of what is possible for active-duty service members.

“A common misconception that people have when they join the military is that it’s their life 24/7,” said Perry. “But the reality [for many] is that you work eight hours a day and then you go home. There are 16 more hours in a day to do whatever you want.”

Perry went on to say that rather than using off-duty hours to play video games, look at his phone or watch T.V., he makes every effort to pursue his passion. He believes he can inspire others to do the same, and that is what led him to enter the recruiting enterprise. His ultimate goal is to use his role as a recruiter to be an official representative of the Navy in the world of racing.

However, both his careers and his life came to a literal screeching halt after suffering a near-fatal car accident near his home in San Diego. Due to the severity of the accident, Perry had to fight not only for the opportunity to walk again but the possibility of racing again.

“I reached down to grab a water bottle, and the car in front of me shifted lanes at the last second because there was a bus that had stopped in the left lane,” said Perry. “I ended up running right underneath it and was presumed dead on scene.”

During the accident, Perry crumpled his car beneath the bus, totaling it into a mangled pile of steel, glass and plastic debris. As the resulting crash was so severe, onlookers assumed there wasn’t a possibility of his survival. However, Perry was alive and was actually the first one to call 911. And being the conscientious Sailor that he is, he then called his work to let them know he wouldn’t be coming in the next day, all while sitting in the aftermath of the accident. Using what remaining strength he had, Perry then pushed on his dashboard to unpin himself from the vehicle and escape the wreckage. Although he was alive, he was not without injury.

“I fully tore the PCL (posterior cruciate ligament) in my left knee and crushed much of the soft tissue in my left leg. I had to relearn how to walk twice. Of course there was knee surgery and well over 100 physical therapy appointments,” said Perry. “I was doing physical therapy three or four times a week for well over a year.”

This car wreck had a tremendous impact on both of his careers. As far as the Navy went, Perry was transferred from sea duty to a shore command and was put on Limited Duty (LIMDU) status, missing his second deployment. During his LIMDU status, Perry was unable to race. However, as soon as he was deemed fit enough, he jumped at the first opportunity to get behind the wheel.

After nearly two years, and with the support of a dedicated team and their sponsors, Perry was racing again, this time in a SPEARS Tour Modified. The SPEARS Manufacturing Modified Series is currently the highest level for modified racing on the West Coast. His first time ever racing in that vehicle class, in his first race back behind the wheel after more than two years of inactivity, Perry was able to start in third place and finish to claim eighth place, raising the eyebrows of many who have raced in the series before.

His goal is to race full-time in the national levels of NASCAR, fully sponsored by the Navy.

Racing, however, is not a cheap sport. Not only do the drivers and their teams have to provide for themselves and their families, but they also have to have high-tech, top-of-the-line vehicles and the personnel to maintain them. Perry’s goal is to one day mix his passions and be a full-time NASCAR driver, sponsored by the Navy.

His lofty goal is not without precedence. Previously, the Navy sponsored Dale Earnhardt Jr’s number 88 car with Hendrick Motorsports in the NASCAR Sprint Cup Series, ending the sponsorship at the end of the 2008 season.

Perry is working hard to bring the Navy back into the world of racing. He believes the talented engineers and dedicated race fans that exist within the world of motorsports can provide a great pool of possible applicants and offer them long-term career potential. Perry believes his story is a great example that shows it is possible to pursue what you are most passionate about while also being a full-time active duty service member.

Perry is currently recruiting out of Naval Recruiting Station, Winston-Salem in North Carolina.

Navy Recruiting Command consists of a command headquarters, three Navy Recruiting Regions, 26 NTAGs and 64 Talent Acquisition Onboarding Centers (TAOCs) that serve more than 1,000 recruiting stations around the world. Their mission is to attract the highest quality candidates to assure the ongoing success of America’s Navy.

This work, Active Duty Sailor Shows Navy Opportunities Through Racing, by PO3 Cody Anderson, identified by DVIDS, must comply with the restrictions shown on https://www.dvidshub.net/about/copyright.

No complaints but quarantine differentials were a mistake - Zverev 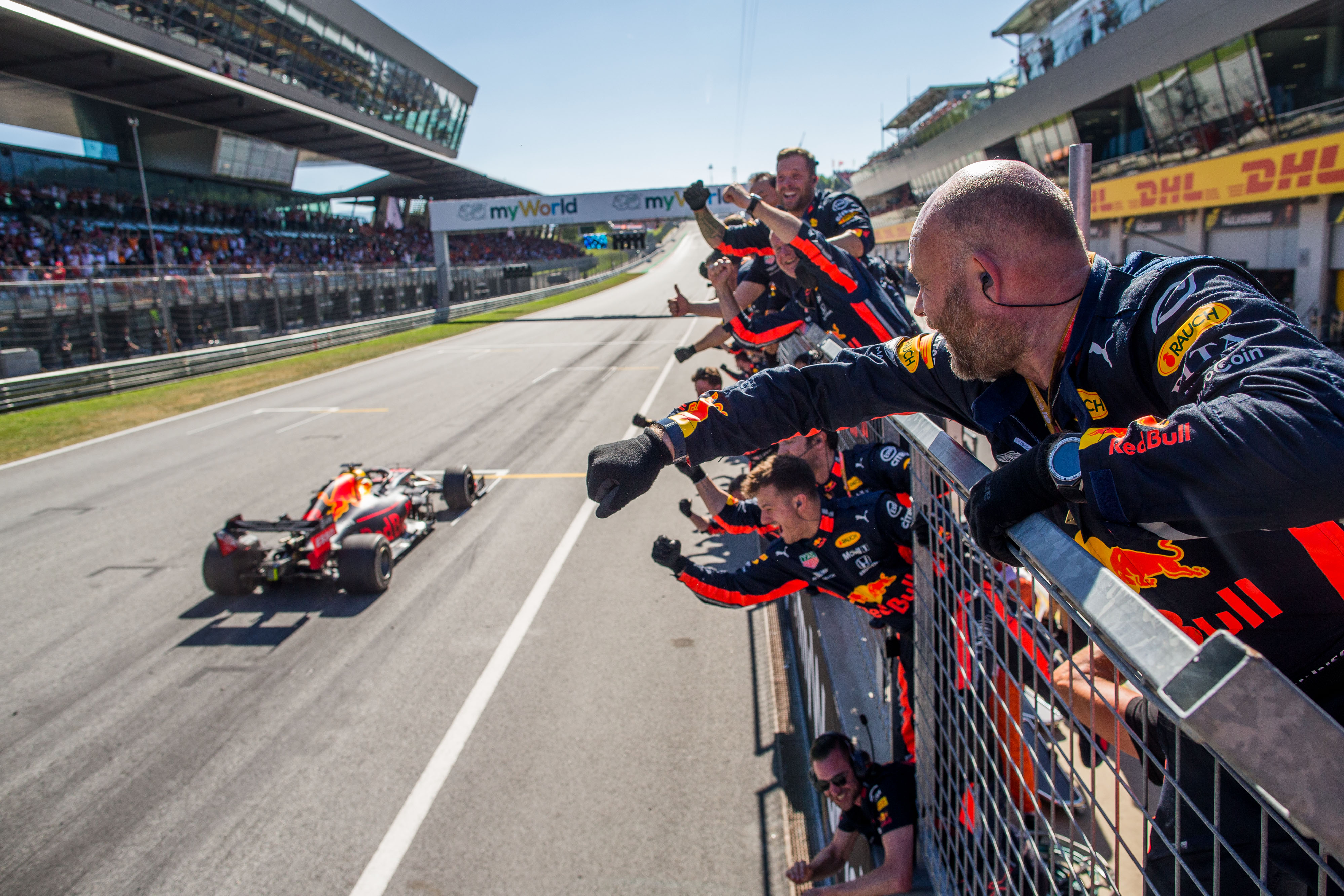 How Does Formula 1 Racing Work?

Watch a NASCAR Racecar Take Laps on an Ice Track