Mazhar Bashir is another all-rounder who has performed well in this tournament. He has played in two matches and has 45 runs and 2 wickets to his name.

The 7th match of the Emirates D20 Tournament 2020 will be played between the Dubai Pulse Secure and Abu Dhabi at the ICC Academy Cricket Ground in Abu Dhabi.

The Dubai Pulse Secure and Abu Dhabi have played in two matches each and have lost those games. This has brought them down to the bottom of the points table. The only thing that separates these two teams is their net run rate, which for the Dubai Pulse Secure stands at -0.349 and for Abu Dhabi stands at -2.650. So, the result of this match will have a lot of effect on the dynamics of the table in this tournament and it will be interesting to see which team wins the game and gets past the finish line successfully.

The weather in Abu Dhabi on the day of this match is expected to be clear with the sun shining bright in the sky, no chance of rainfall taking place, and the temperature around the 26 degree Celsius mark during the day.

The pitch at the ICC Academy Cricket ground is expected to be a surface where the bowlers will enjoy a lot of help and control the flow of the game and define how it progresses. It will be the spinners, who will be enjoying bowling the most. The batters will have to work hard for the runs they score.

Mazhar Bashir is another all-rounder who has performed well in this tournament. He has played in two matches and has 45 runs and 2 wickets to his name.

Tahir Latif is one of the highest wicket-takers of the tournament and is placed at the 3rd spot in the wicket taker’s list with 4 wickets in his bag while maintaining an economy rate of 5.25 runs per over.

Omer Farooq does not have the numbers to back his form, but in the two matches that he has played in, he has looked to be in good touch with both the bat and the ball in hand. He has scored a total of 30 runs and has taken 1 wicket in 2 matches. 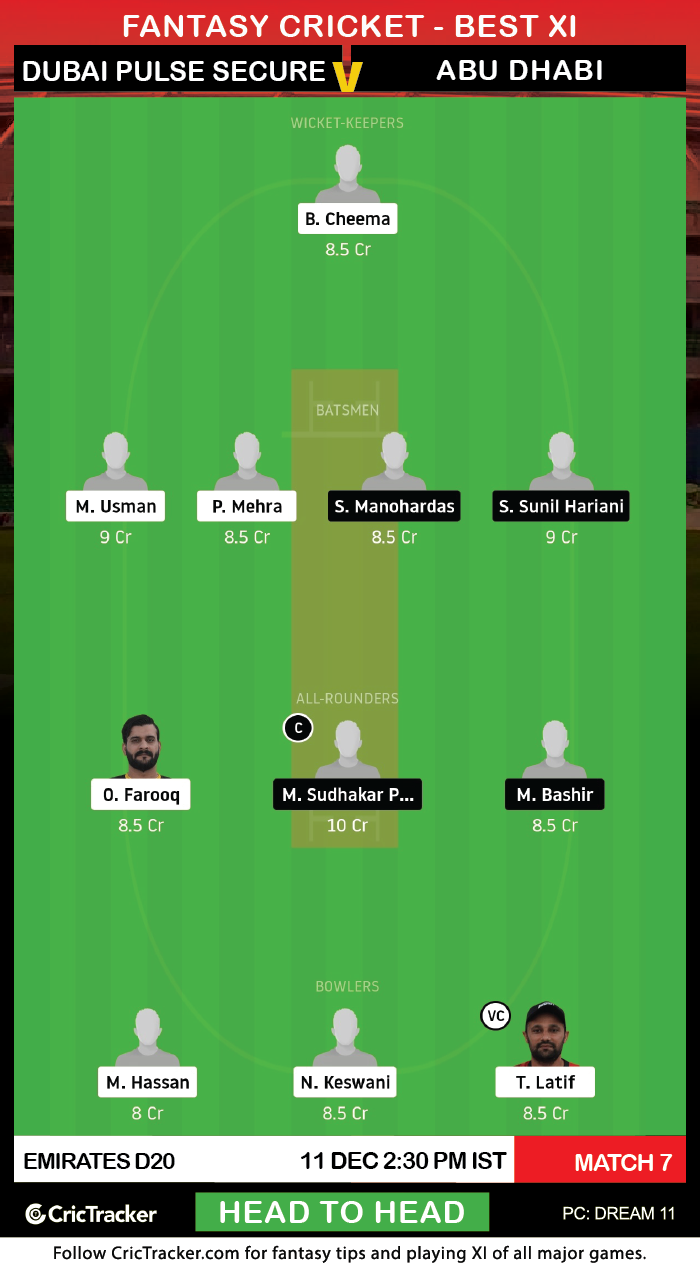 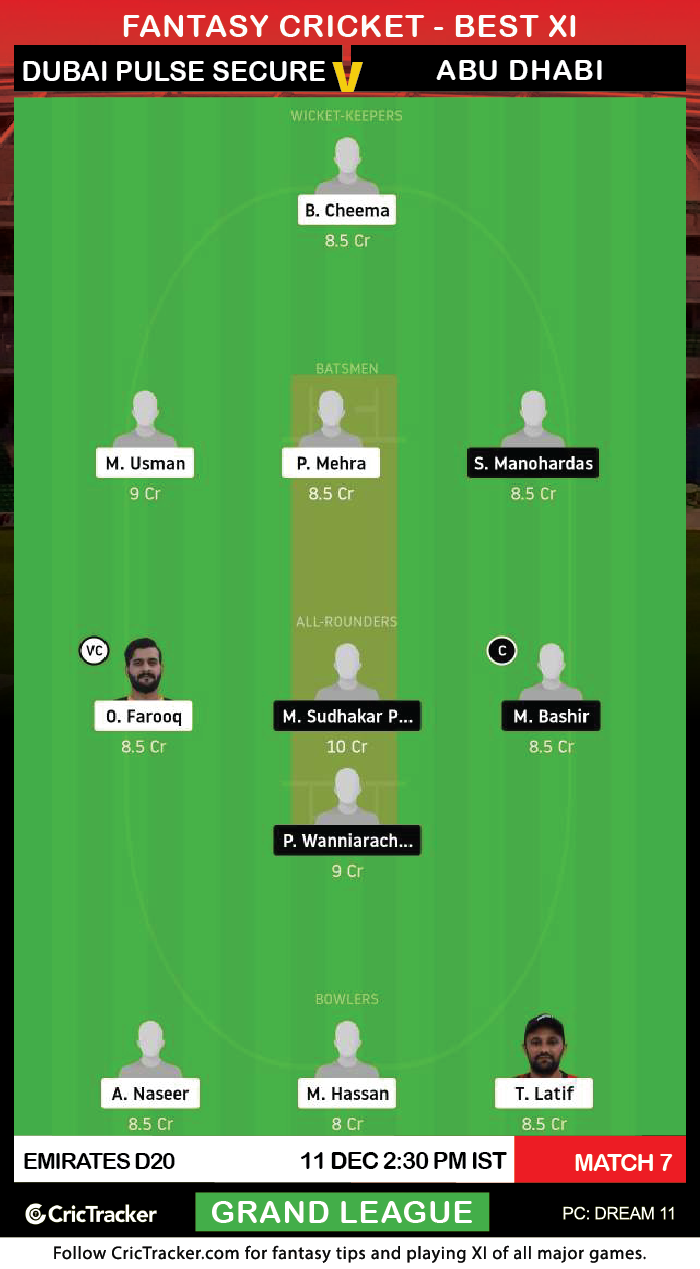 The all-rounders will be playing a crucial in deciding which team wins the match, and which team earns the most number of points too, given the form that they are in. So, it would be a wise move to include at least three players from that section in your team. If you want to include one extra player, he should be Pasindu Wanniarachchi. The all-rounders will make for good multipliers too.

Dubai are expected to win this match.