It is advisable to pick Priyanka Sawaiyan as a multiplier in any one of your Dream11 fantasy team.

The 14th match of the Jharkhand Women’s T20 Trophy 2021 will be played between Dhanbad Daffodils Women and Dumka Daisies Women on 20th February at JSCA International Stadium Complex in Ranchi.

The match is scheduled to start at 02:00 PM Local time and IST, and it will be streamed live on Fancode.

It is going to be partly cloudy in Ranchi with the temperature ranging between 22 and 26 degrees Celsius and the humidity levels are just 38 percent. There is no forecast of precipitation for this match.

The pitch here at JSCA International Stadium is in favour of bowlers this season. The wicket is good for batting in the first half and slows down as the match progresses. Batting first is preferable on this kind of track.

Priya Kumari impressed everyone with her all-around performance. She scored 29 runs and also picked up 2 wickets against Jamshedpur Jasmines.

Sonia has scored 70 runs and also scalped 3 wickets in this season so far. She is a must-pick for your Dream11 fantasy team.

Mamta Paswan is the most economical as well as the prime wicket-taker for Dumka Daisies in this season. She can pick wickets at regular intervals without giving many runs. She scalped 2 wickets in her last match.

Devyani Prasad is in decent form with both bat and ball in this tournament so far. She can prove to be a match-winner for her team in any match. She scored 24 runs and also picked up 2 wickets in the first match she played. 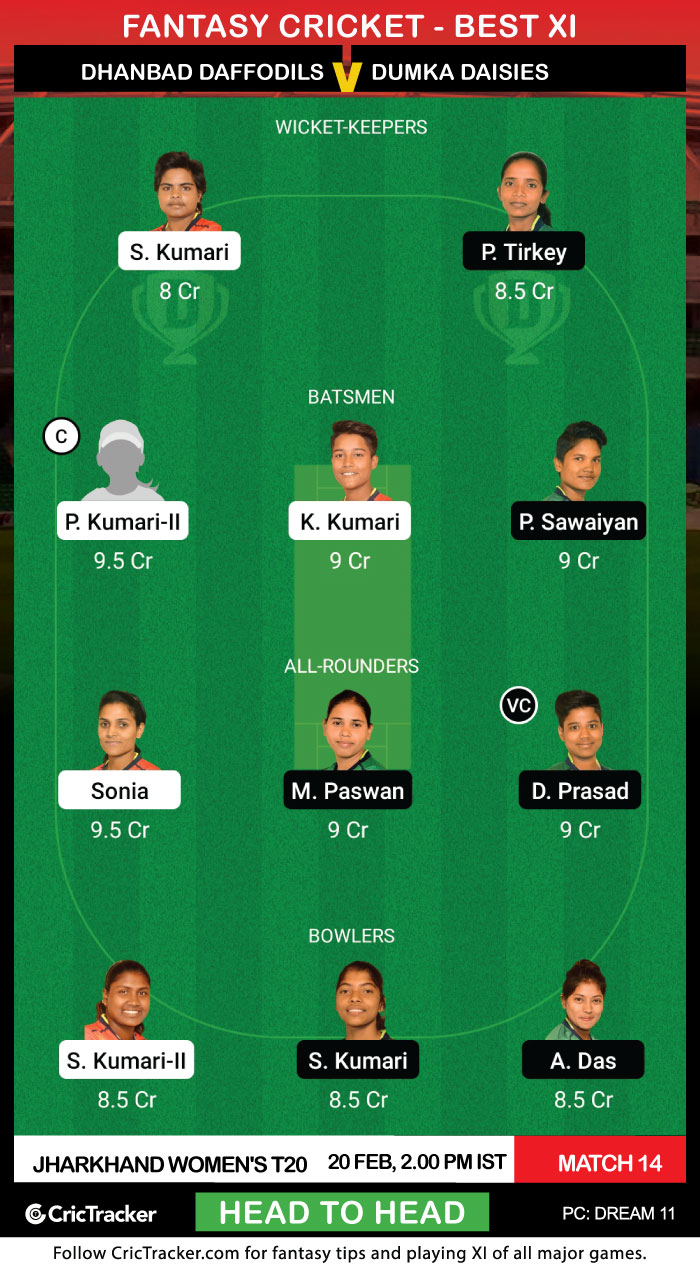 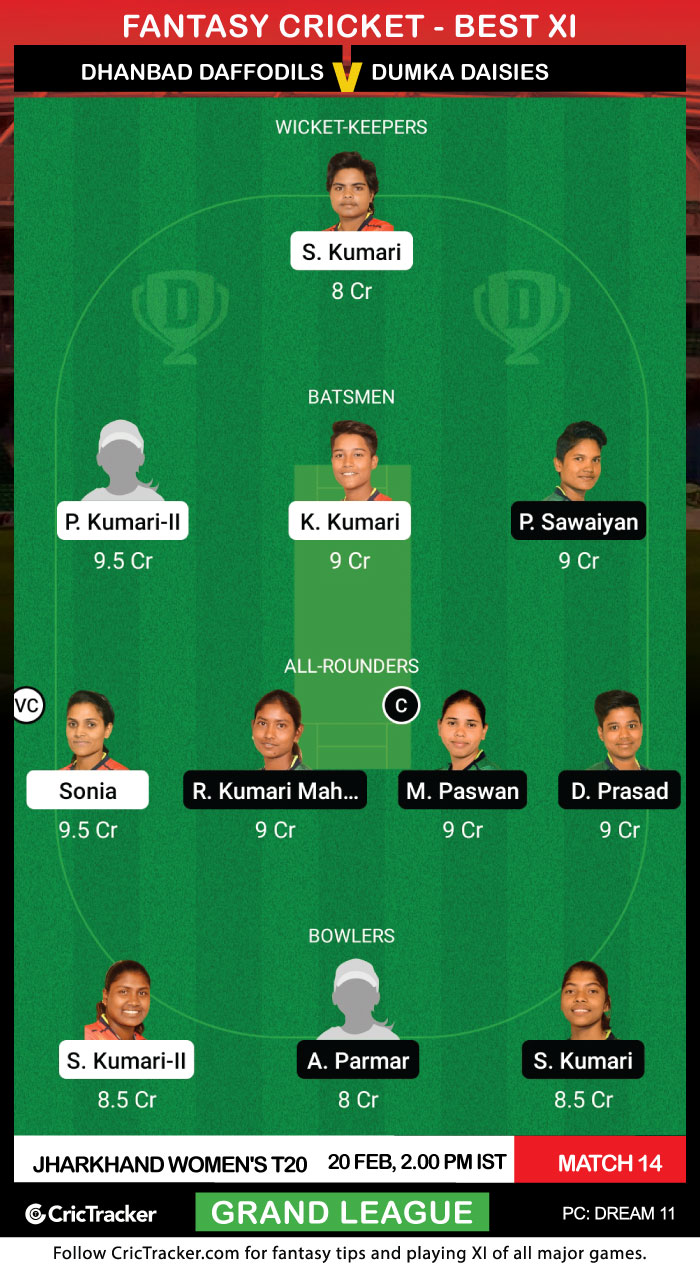 It is advisable to pick Priyanka Sawaiyan as a multiplier in any one of your Dream11 fantasy teams as she was in brilliant form with the bat in the last match where she scored 47 runs.

Dumka Daisies Women are expected to win this match. 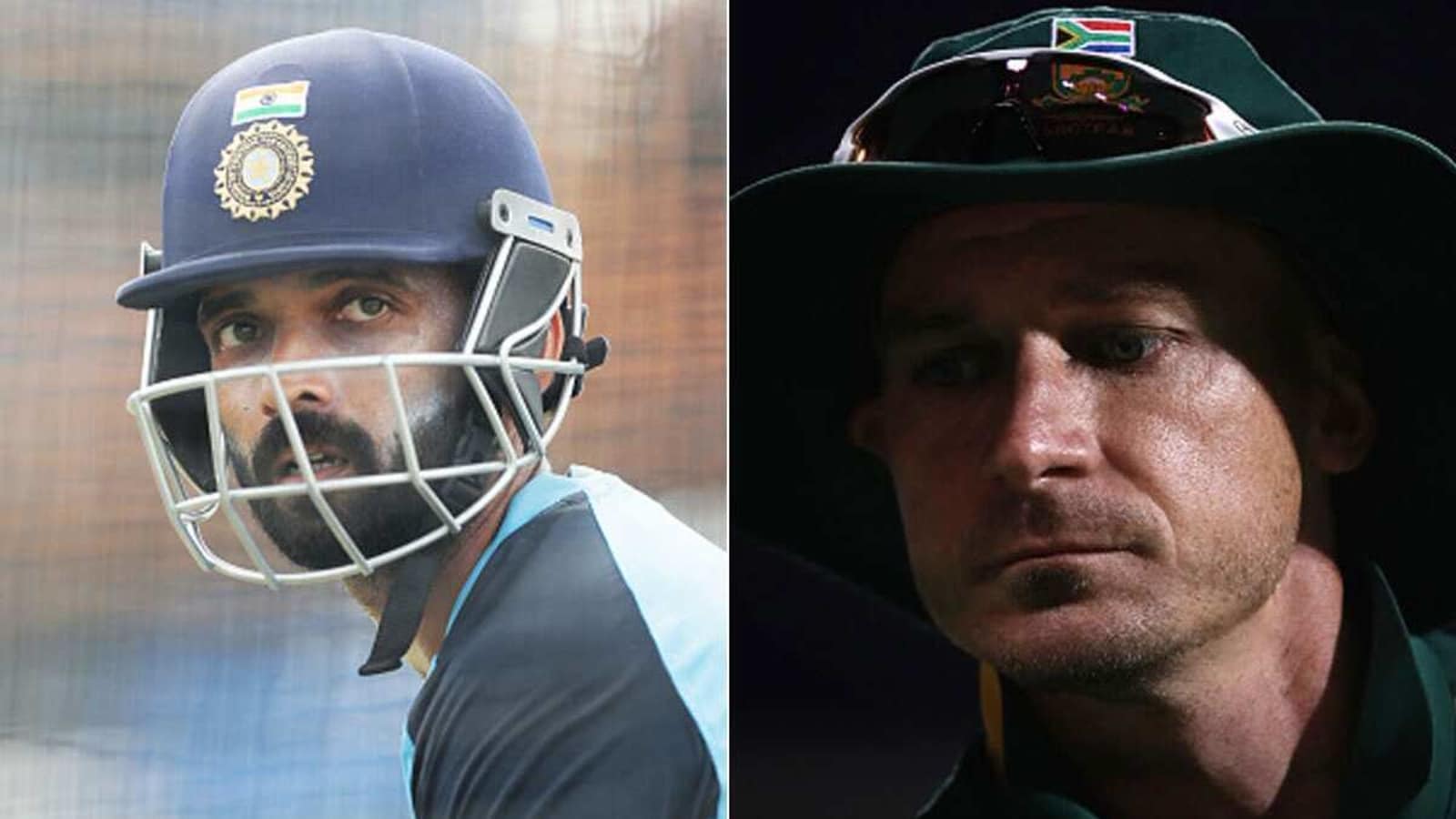