For all of his collegiate success, DeVonta Smith has had to continuously field questions regarding his size leading up to the 2021 NFL Draft. While he wasn’t the biggest college receiver, the 6-foot-1, 175-pound Smith was the nation’s best player in 2020. In 13 games, the reigning Heisman Trophy winner caught 117 passes for 1,856 yards and 23 touchdowns while leading Alabama to a national title.

During a recent appearance on CBS Sports HQ, Smith was asked what he has told NFL teams who may have had questions about his size during the pre-draft process.

“We play football,” Smith said. “We’re not weight lifters. We’re not body builders, we’re football players. That’s what we’re here for. Football, not that other stuff.”

Who will be the first non-QB off the board? And which running back will get drafted first? Get 10 best bets and five longshot value plays on NFL Draft props from SportsLine’s No. 1 NFL expert, who is 7-3 on his top five NFL Draft picks over the last two years and hit Baker Mayfield going No. 1 at 25-to-1 odds in 2018!

While bigger receivers are typically coveted by NFL teams, numerous smaller receivers have thrived at the next level. Recent examples include former Panthers/Ravens receiver Steve Smith and Super Bowl LV champion Antonio Brown. The 5-foot-9, 195-pound Steve Smith amassed nearly 15,000 receiving yards during his career. Brown, officially listed at 5-foot-10 and 185 pounds, amassed the most receiving yards in a six-year span in league history from 2013-18.

DeVonta Smith is the third-ranked receiver on CBS Sports prospect rankings, behind LSU’s Ja’Marr Chase and former Alabama teammate Jaylen Waddle. Three of our four CBS Sports NFL draft experts have Smith going to the Giants with the 11th overall pick. And while he would surely like to be taken in the first round, Smith is more focused on which team selects him.

Keep an eye on your inbox.

There was an error processing your subscription.

One of 13 prospects who will be in Cleveland for the draft, Smith received nothing by compliments from Alabama head coach Nick Saban during his time in Tuscaloosa. The seven-time national championship coach recently quashed any concerns NFL teams may have had in regard to Smith’s size.

“I would first off have to say that I think his performance speaks for itself,” Saban said, via Sports Illustrated’s Joey Blackwell. “I’ll be honest with you, when we recruited DeVonta Smith he weighed 159 pounds. I wished he was bigger. And now he weighs 170 pounds and I think people at the next level are probably saying, ‘I wish he was bigger.’ But [I’m] saying all that to say this: there are bigger people who don’t perform anywhere near how he performs. There are people that are bigger than him that don’t have the competitive spirit that he has nor the competitive toughness.”

The feeling is certainly mutual, as Smith looks to make his former coach proud at the next level.

“It’s a great relationship,” Smith said of his bond with Saban. “Everybody thinks he’s just this mean man that just wants to holler all day. Actually, he’s somebody that cares about his players and wants what’s best for his players, on the field and off the field. … He’s just a great coach. I appreciate him for everything he’s done for me. He means a lot to the university and a lot to me too.” 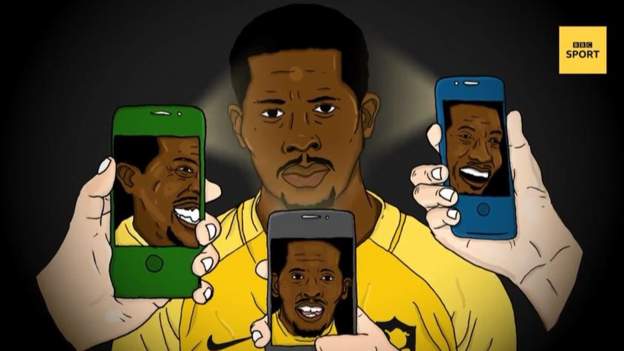 Football, Racism & Social Media: 'I laughed because I knew abuse was coming'