As Daniil Medvedev and Stefanos Tsitsipas prepared to reignite their young, fiery rivalry under the pressure cooker of an Australian Open semi-final, all the usual narratives took hold. Aside from the very enjoyable drama – their mutual dislike stemming from their clash after a match in Miami two years ago that ended with Medvedev uttering the line: “Man, you better shut your fuck up, OK?” – it was the clash of styles that seemed to be a particular fascination.

Tsitsipas, with his single-handed backhand and his firm embrace of the net, is often positioned as an heir to the Roger Federer and Pete Sampras lineage of classic single-handed players. The image is accentuated by his good looks and heritage, which leads to an overwhelming number of references to Greek philosophers and mythology including, of course: “Greek God”.

Medvedev, by comparison, often seems to be viewed as the runt of the next gen. He is tall, lanky and he was late to the party anyway, breaking through after other young players had begun to build their fanbases. He is a winner, most admit, but that doesn’t mean it is pretty: “The majority of tennis lovers would hope that someone like Tsitsipas would win, just because of his all-round ability, all-round style of play,” concluded the great Frew McMillan on Eurosport before the match.

The majority of tennis lovers will have to move on. Medvedev outplayed Tsitsipas 6-4, 6-2, 7-5, reaching his second grand slam quarter-final on the back of a startling 20-match winning streak which comprises an absurd 12 top-10 wins. He is on the brink of history, a win away from his first grand slam title but also from leapfrogging Rafael Nadal into the No 2 ranking. By doing so, he would end the 791-week run of only Nadal, Novak Djokovic, Andy Murray and Roger Federer occupying the top two ranking spots.

Medvedev’s game is certainly filled with sharp edges and interesting technical decisions. His forehand remains fascinating in the manner that he follows through the motions, wrapping his right arm around his neck at the close. But throughout this run, he has been able to call on so many facets of his game.

Despite standing at 6ft 6in, he has morphed into one of the premier athletes in tennis. He keeps opponents uncomfortable with his flat, low-bouncing groundstrokes and he constantly changes the pace, trajectory, angles and spin of his strokes. In an era when players tend to focus first on themselves and how they can use their weapons to damage the opponent, Medvedev is the ultimate disrupter. “He tricks you,” said Tsitsipas afterwards. “You know, he plays the game really smart. It’s really interesting to see that.”

Perhaps the most interesting aspect of Medvedev’s game is how he blends his strategic excellence with random, off-the-cuff decision making, meaning it is difficult to decipher where his plan ends and where he starts making things up as he goes along. His ability to significantly adapt his tactics midmatch, switching from consistent baseline play to endless serve and volleying, has become a trademark.

All those qualities should indicate that Medvedev has a complete and varied game, but tennis remains draped in nostalgia. “Variety” is often code for single-handed backhands and netplay, regardless of the limitations of the person wielding the racket. There are fewer discussions about how baseliners with two-handed backhands can also execute varied, entertaining tennis in their own specific manner.

On the other side of the court, Tsitsipas is a wonderful player but the match was won by Medvedev exposing the limitations of his game that are far more prominent. The Greek is a below-average returner, whose total return games won of 18.5% ranked him 33rd of 50 players last year. He was unable to live with Medvedev serving and he later described Medvedev’s serve as “close to John Isner’s serve”.

In the exchanges, Medvedev smothered the Tsitsipas backhand which is defensively frail due to his ineffective backhand slice. Accelerating at random with his favoured backhand side, Medvedev dominated the backhand exchanges and then picked off the inevitable short balls that followed. By the end of the match, Medvedev demonstrated his variety by winning the majority of the short exchanges of one to four shots, driven by his serve, and the longer, bruising exchanges over nine shots.

After a brief third-set wobble, Medvedev closed off his victory with a dream of a return game, finishing it off by retrieving an excellent Tsitsipas sliding wide serve at deuce, before teleporting to the other edge of the court and nailing a backhand down-the-line passing shot winner from an impossible position.

Medvedev has beaten every top-10 player since November, aside from Roger Federer who has been inactive. When informed of the feat, his response was understandable: “Yeah, it’s great to know this,” he said. “It’s a pity that Roger is not playing. I would love to have played him.” From the press room in Melbourne, laughter rang out. 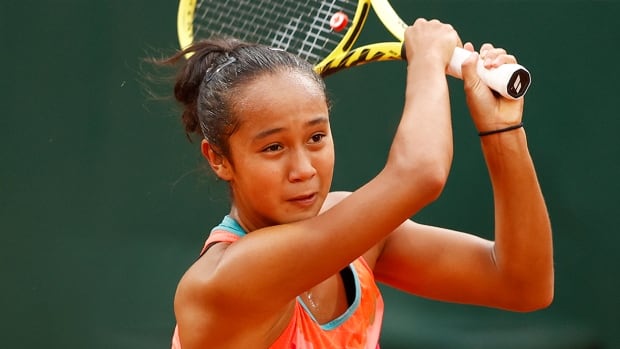