●  The Dixie Vodka Ford Mustang vaulted to ninth after the opening lap, which ended with the first caution flag of the day for debris on the backstretch. Custer stayed on track and restarted in the same position when the race went back to green on lap three.

●  Custer dropped a pair of positions on the opening lap of his next run but was up to 10th when the caution flag flew on lap 11 for debris in turn 12. He said he needed help with rear grip, in general, and particular help turning in the right-hand turns three, five and the bus stop. Four tires, fuel and adjustments was the call on the lap-12 pit stop, and Custer restarted 12th on lap 13.

●  He picked up one position in the final three laps of the stage and crossed the line 11th. Custer reported that he still needed help with rear grip issues. He stayed on track during the stage break.

●  The Dixie Vodka Ford Mustang dropped a pair of positions to ninth in the opening laps of the stage, and Custer was in that position when the caution flag flew on lap 27 for a single-car incident in turn six. He said the rear grip issues seemed to improve during the run to make forward bite much more manageable. The team responded saying the improved lap times showed it, and that they’d continue to work on helping the car turn in the right-hand turns three, five and the bus stop. Custer pitted for four tires, fuel and track-bar adjustments, and restarted 12th on lap 29.

●  The stage continued under green until its conclusion, and Custer picked up four positions along the way. He reported no major issues, that in fact the team could go back a bit on the changes made thus far. The team agreed and made another track-bar adjustment when Custer pitted for four tires and fuel during the stage break.

●  The Dixie Vodka Ford Mustang gained a pair of positions on the lap-37 restart and made gradual forward progress over the next five laps, cracking the top-10 by lap 42. Custer reported he would like more of the changes in the rear end that were made during the stage break.

●  Custer advanced to fifth place on lap 51 as teams began their final round of scheduled stops. He was called to the pits on lap 52, when he took four tires, fuel and track-bar adjustments to help with the Dixie Vodka Ford’s performance in the right-hand turns. He resumed in ninth place when the field completed the pit stop sequence on lap 53.

●  The caution flag flew on lap 55 for rain over portions of the track while Custer was holding position in ninth. He followed the leaders down pit road for four fresh slick tires, as the showers had dissipated and the wet portions of the track were expected to dry quickly. He restarted 17th on lap 58 with numerous competitors ahead who opted not to pit.

●  The caution flag flew once again before the field could complete a lap as multiple incidents were taking place around the track, all of which Custer successfully avoided. He emerged in 12th place and restarted there when the race went back to green on lap 60.

●  Once again, the field got bunched up on the restart behind the spinning car of Martin Truex Jr., and this time Custer was held up in a cluster of cars. His Dixie Vodka Ford emerged with no significant damage but he fell back to 24th place. He stayed on track and restarted in that position on lap 62.

●  The final eight laps were caution-free despite another spate of incidents. Custer stayed out of trouble and was able to make up 11 positions before the checkered flag.

●  There were eight caution periods for a total of 12 laps.

●  Thirty-two of the 40 drivers in the race finished on the lead lap.

●  Denny Hamlin leaves Daytona as the championship leader with a 12-point advantage over second-place Joey Logano.

Cole Custer, driver of the No. 41 Dixie Vodka Ford Mustang for Stewart-Haas Racing:

“Man, we deserved a top-10 today. It was just chaotic (on the lap-58 incident), and there was nothing else we could do in that situation but stop. We made it through all the other incidents today, and our Dixie Vodka Ford got stronger as the race went on. The guys made good calls after we were struggling early in the race with rear grip and turning in the right-handers. It’s just a little disappointing to not get rewarded with a top-10. It’s on to Homestead.”

The next event on the NASCAR Cup Series schedule is the Dixie Vodka 400 on Sunday, Feb. 28, at Homestead-Miami Speedway. The race begins at 3:30 p.m. EST with live coverage provided by FOX and SiriusXM NASCAR Radio.

Covid in Scotland: People with health issues in Scotland to be offered vaccine

NASCAR Mailbox: Should a Part-Time Driver Be Able To Make the Playoffs?

Businesses gear up for crowds for NASCAR weekend 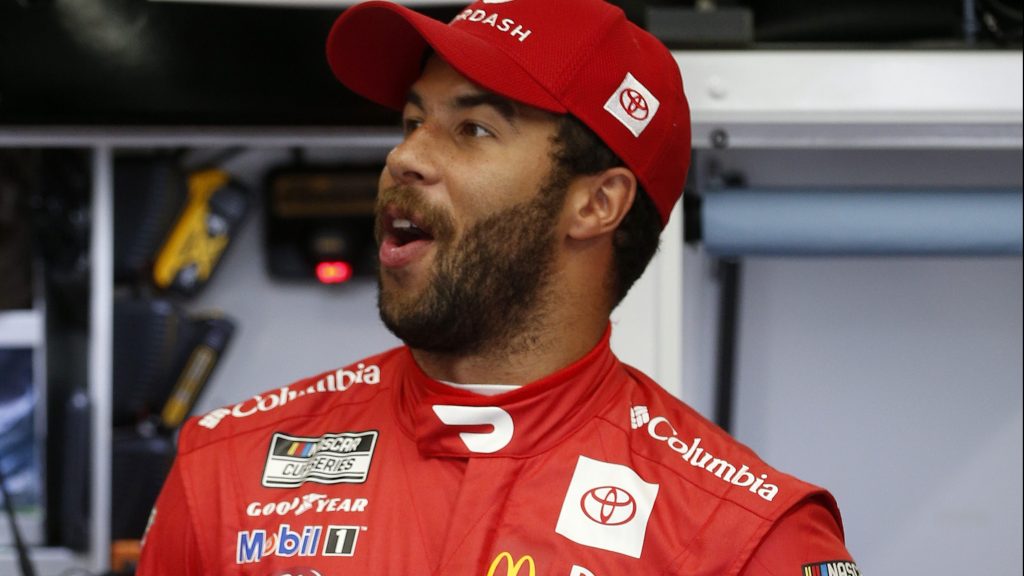