Mitchell McClenaghan has made it to 4 consecutive Dream Teams. He has been taking wickets consistently and should definitely be picked,

The 19th match of the Super Smash 2010-21 will be played between the Central Stags and the Otago Volts at the Pukekura Park, New Plymouth.

We are at New Plymouth which has been the most entertaining venue in terms of runs scored in this Super Smash 2020-21. The home side, Central Stags will take on the struggling Otago Volts. The Stags have had a fairly good season with four wins from six games and are currently placed third on the table.

Otago Volts, on the other hand, have only managed to win two of their five games. It will be a tough task for them against the Stags as they have been very dominant at home. Otago Volts will have to play out of their skin if they are to register a win here and stay competitive in the tournament.

It is going to be a cloudy day in New Plymouth and the chance of rain during the game is 24 percent. The temperature will be around 19 degrees Celsius.

It is a belter of a pitch here at New Plymouth. Both the games saw a score in excess of 200. Teams would be looking to bat first after winning the toss.

George Worker is the leading run-scorer in the tournament so far with 338 runs to his name. He has been consistent and scores at a strike rate of 148.28.

Will Young has been in great nick. He has played only 2 games and has already scored 118 runs at an impressive strike rate of 173.52.

Doug Bracewell has mustered 122 runs at a strike rate of 187.69 and has also picked up a wicket.

Michael Rippon has been excellent with the ball. He has picked up 7 wickets at an economy of 6.90 runs per over. 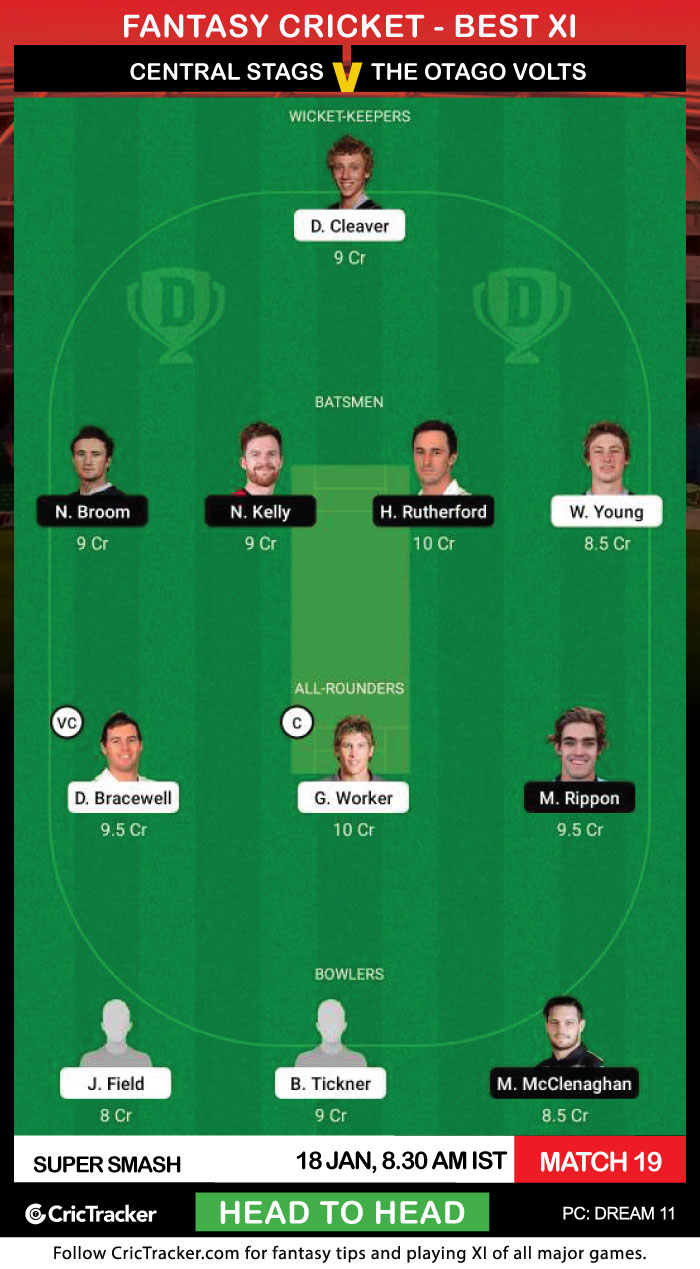 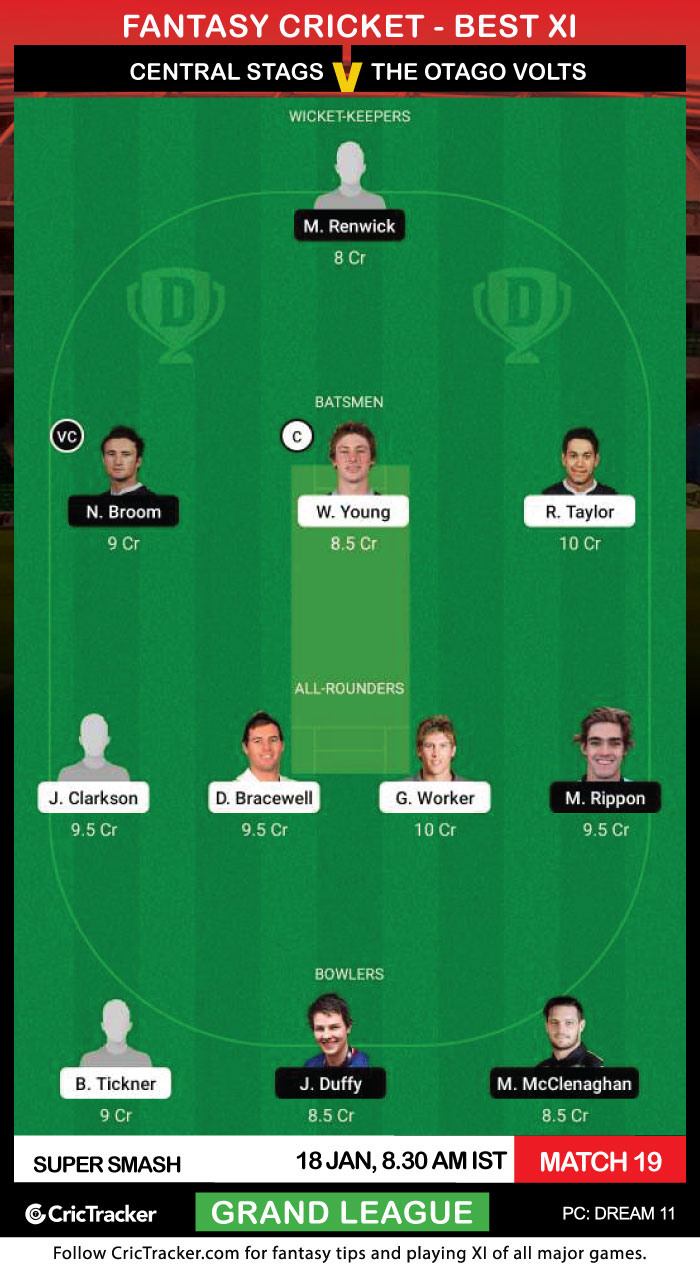 Mitchell McClenaghan has made it to 4 consecutive Dream Teams. He has been taking wickets consistently and should definitely be picked,

Central Stags are expected to win this match.

The Long View: Basketball is fun with Ja Morant