Choose players wisely in terms of fantasy points as compared to the credits especially while selecting all-rounders.

The 17th match of the Women’s Super Smash will be played between Canterbury Magicians & Wellington Blaze at the Hagley Oval, Christchurch on January 16th, Saturday.

The match is scheduled to start at 7:30 AM IST and will be streamed live on FanCode.

It’s the clash of the table-toppers at the Hagley Oval. Canterbury Magicians won convincingly against the Northern Spirits just a day ago but now they will be facing the mighty Wellington Blaze who blew Otago Sparks away courtesy of the latest addition to their squad: Sophie Devine.

Both these teams are filled with match-winners who have had a great tournament so far. Expect a nail-biter in this fixture.

Broken cloudy conditions with the temperature hovering around the 20 degrees mark. Humidity will be close to 76% with no chances of rain whatsoever. Overcast conditions will help the fast bowlers with some movement off the seam.

As seen in the tournament so far, the pitch has helped the seamers particularly in the 1st innings of the game. Overall it is a balanced track where the batsmen can also dominate in patches.

Schedule for Abu Dhabi T10 League announced; tournament to be played from January 28 to February 6

Sarah Asmussen took two vital wickets along with the run out of Richardson against Northern Spirits while giving away just 21 runs in her 4 overs. She would like to continue her performance in this fixture as well

Amy Satterthwaite had a rare failure in the past game where she got out early, but with the ball, she picked one wicket giving away just 9 runs in 2 overs. On average, she scores 30 runs at this venue with a strike rate of 115 that makes her a must-have in your team.

Sophie Devine announced her inclusion in the tournament with the fastest century in Women’s T20 history against the Otago Sparks. She also has a decent record at the Hagley Oval picking up two wickets on an average here while her strike rate is 116. The New Zealand Captain scored 108* off 38 deliveries which makes her a first-choice Captain in this fixture too.

Amelia Kerr has been a world-class all-rounder not only for Wellington but for her national side as well. On this venue, she averages a whopping 47 with a strike rate of 147 plus. Apart from that in this tournament, she has hit two half-centuries along with 6 wickets making her another great choice for a Captain.

Leigh Kasperek has picked a total of 6 wickets in her last two games making her presence felt in this Wellington side after the exclusion of Thamsyn Newton. Expect another great performance from her in this fixture as well. 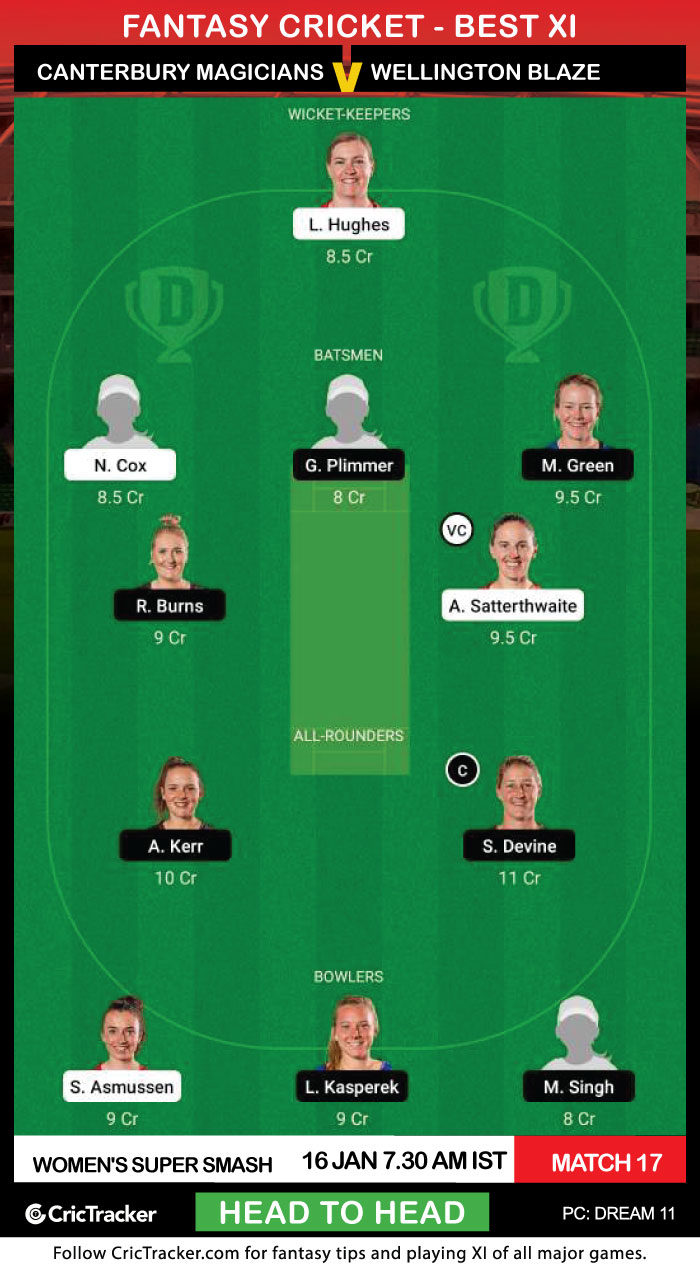 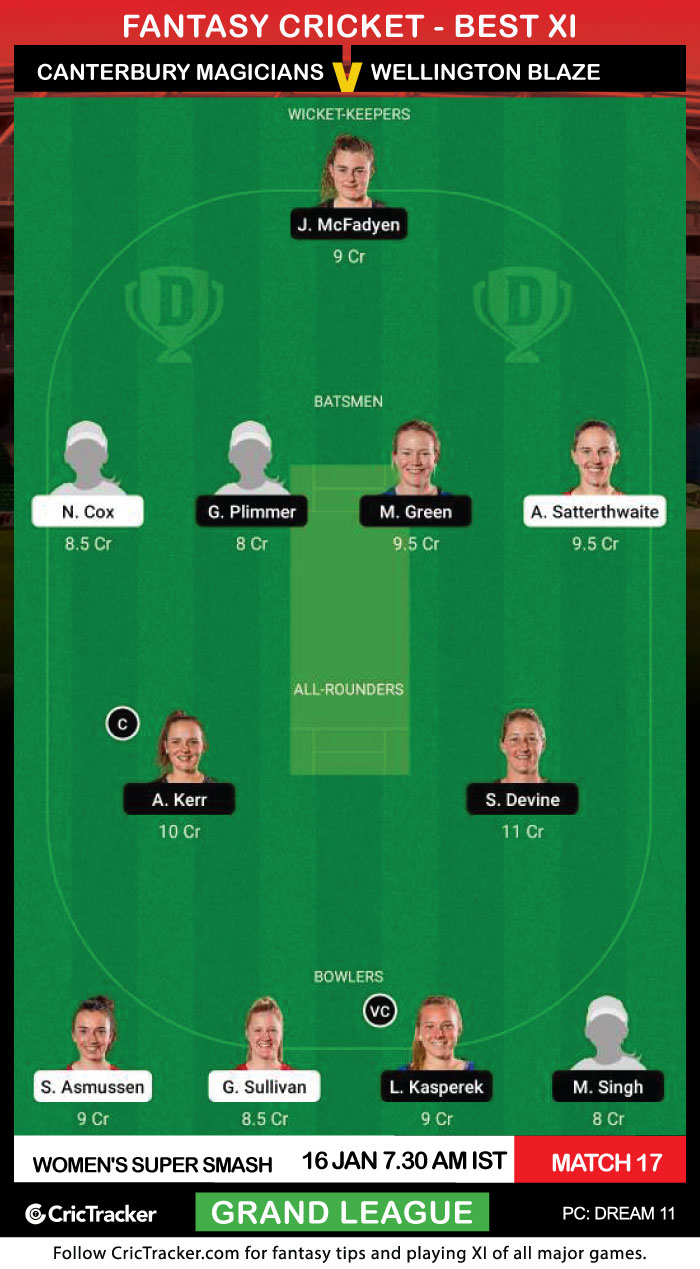 The credits in proportion to player quality will be a tricky affair in this game. Choose players wisely in terms of fantasy points as compared to the credits especially while selecting all-rounders.

Wellington Blaze- Women are expected to win this match.