It is advisable to pick at least 3 to 4 playing all-rounders in this game.

The 25th match of the 16th edition of the Super Smash will be played between Canterbury Kings & Otago Volts at the Hagley Oval, Christchurch on January 30th, Saturday.

The match is scheduled to start at 11:40 AM IST and will be streamed live on FanCode.

Canterbury Kings have been one of the dominating forces of this competition. With 5 wins from 8 games, they are sitting comfortably at the third position. On the other hand, the Volts have struggled to get going in this tournament.

With only 2 wins, they are placed at the second-last position. Both teams are entering into this game after consecutive losses, so it would be interesting to see if Otago Volts can break their losing streak against the Kings.

The temperature will be hovering around the 15 degrees mark. There are but negligible chances of rain.

The track here at Hagley Oval is a balanced one. However, lately, results have favoured teams batting 2nd.

Will be added when there is an update

Chad Bowes has played 11 games on this venue, where he has scored runs at a strike rate of 150 averaging 30.2. He has given some great starts to his team, and in the previous game, he made 44 off just 29 deliveries that ended in a losing cause. In the game against Volts, he made 72 off just 48 deliveries smashing them to all parts of the ground.

Ken McClure has played a great anchoring role at the top of the order. In the last time he played against the Volts, he made a quickfire 40. In the game against Wellington, he made a decent 30+ score, which was sadly not enough to avoid a loss.

Matt Henry picked the important wicket of Devon Conway and took 2 catches as well against Wellington in a losing cause. He took 3 wickets against the Volts where he gave away only 25 runs in 4 overs so he would like to continue his form in this game as well.

Edward Nutall also picked up 3 wickets in the last game against Otago Volts, where he rattled the opposition giving away just 18 runs in 4 overs. Also, on an average, he has picked 1 wicket per game on this venue.

Neil Broom applied a lot of resistance and counter-attacking in the previous game against the Kings, where he scored an attractive 41 off just 28 balls. He averages 30 on this venue and strikes at close to 111.

Mitchell McClenaghan has been the only bowler for the Volts who has been amongst the wickets consistently. In his previous game against Wellington, he picked up 3 wickets and against the Kings as well, he picked up the wicket of their captain. 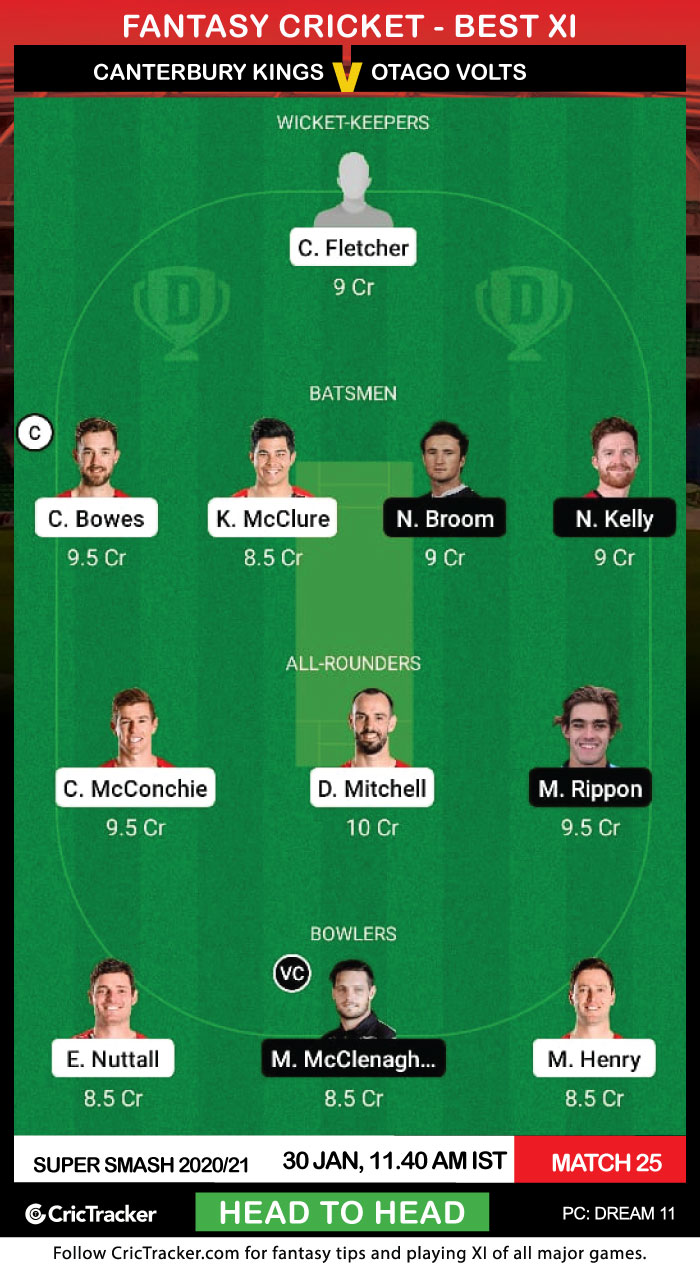 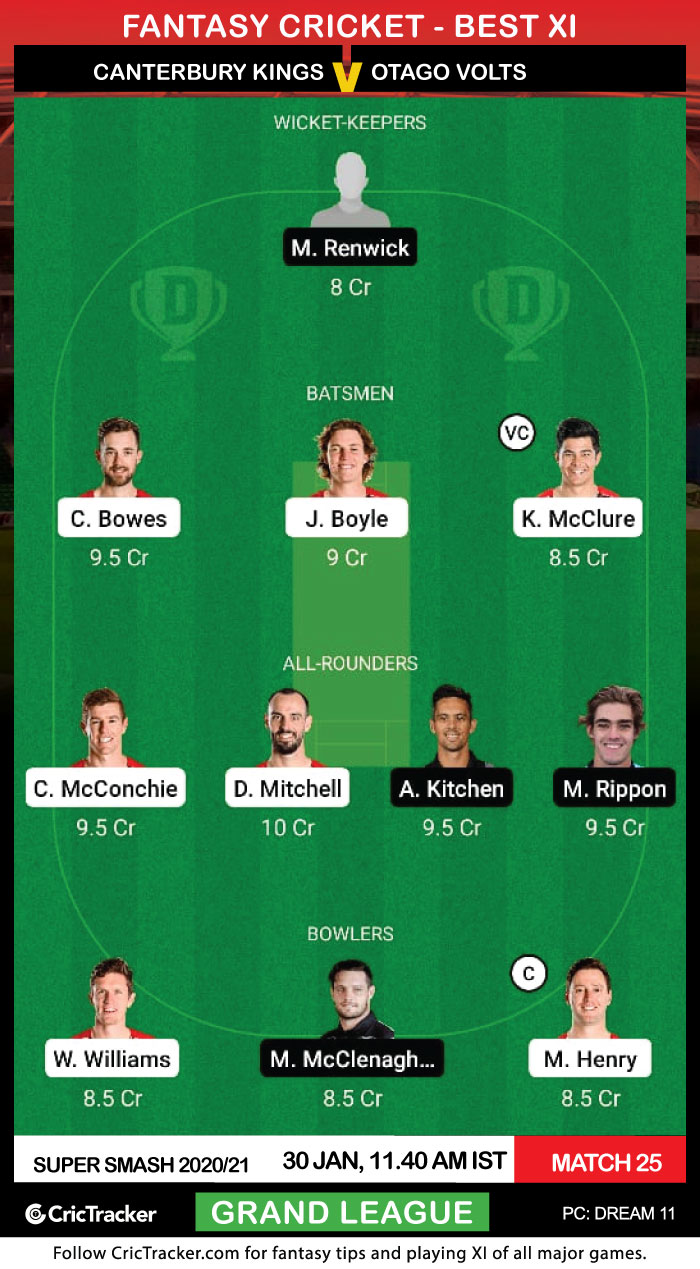 It is advisable to pick at least 3 to 4 playing all-rounders in this game, because a lot will depend on how they perform in this format.

Canterbury Kings are expected to win this match.