Dinesh Chandimal has remained unbeaten in the last 2 run chases for Colombo Kings, overall he has scored 183 runs in 4 innings at an average of 91.5 at a strike rate of 133.57.

The 14th match of the Lanka Premier League 2020 will be played between Colombo Kings and Galle Gladiators at Mahinda Rajapaksa International Cricket Stadium, Sooriyawewa, Hambantota.

The match is scheduled to start at 3:30 PM local time and IST and it will be telecast and streamed live on Sony Six and Sony Liv respectively.

Colombo Kings and Galle Gladiators will go one on one against each other in the 14th match of the Lanka Premier League on Monday. Colombo Kings have won the previous battle against Galle in a rain-affected game when they met last time, where Andre Russell hammered Galle bowlers by scoring 65 runs at a strike rate of 342. Qais Ahmad with his variations is hard to pick and he has taken 7 wickets this tournament. In their previous match, they won against Kandy Tuskers by 7 wickets and moved to 2nd spot in the standings with 8 points.

On the other hand, Galle Gladiators are struggling in this tournament having lost 5 out of 5 matches and they are currently at the bottom of the table with zero points, from now on every match will be a knockout for them. In their previous match, they lost to Dambulla Viiking by 9 runs. The unavailability of skipper Shahid Afridi will hurt them going forward. Leaking too many runs with the ball won’t help them win the matches so need to execute their plan in a better way. Danushka Gunathilaka is their main performer this season for them with the bat having scored 3 half-centuries. They need to find the right combination if they want to move up in the points table.

Scattered thunderstorms are expected at the start of the match, the temperature will be ranging between 31 to 27 degrees Celsius and the humidity will be 73 percent.

Still, the surface is more favorable for the batters having said it is quite difficult to score against the spinners. The chasing team has a good record in the last few matches so bowling first is a good option on this wicket.

Umpires should call dead ball if a batsman tries to play a switch-hit: Ian Chappell

Danushka Gunathilaka is the leading run-scorer in this tournament so far, scoring 284 runs in 5 matches at an average of 71 with a strike rate of 146.39.

Wicketkeeper batter Azam Khan in 5 matches has scored 123 runs at an average of 30.75 with a strike rate of 180.88. In the previous match against Dambulla Viiking, he played destructive innings of 55 runs from just 24 balls.

Dinesh Chandimal has remained unbeaten in the last 2 run chases for Colombo Kings, overall he has scored 183 runs in 4 innings at an average of 91.5 at a strike rate of 133.57.

Andre Russell in 4 innings he has batted, scored 126 runs at a strike rate of 217.24. While with the ball he is quite effective at the death, picking up 5 wickets at an economy of 6.85.

Qais Ahmad has picked the most wickets for Colombo Kings, picking up 7 wickets in 5 matches at an economy of 7.13. 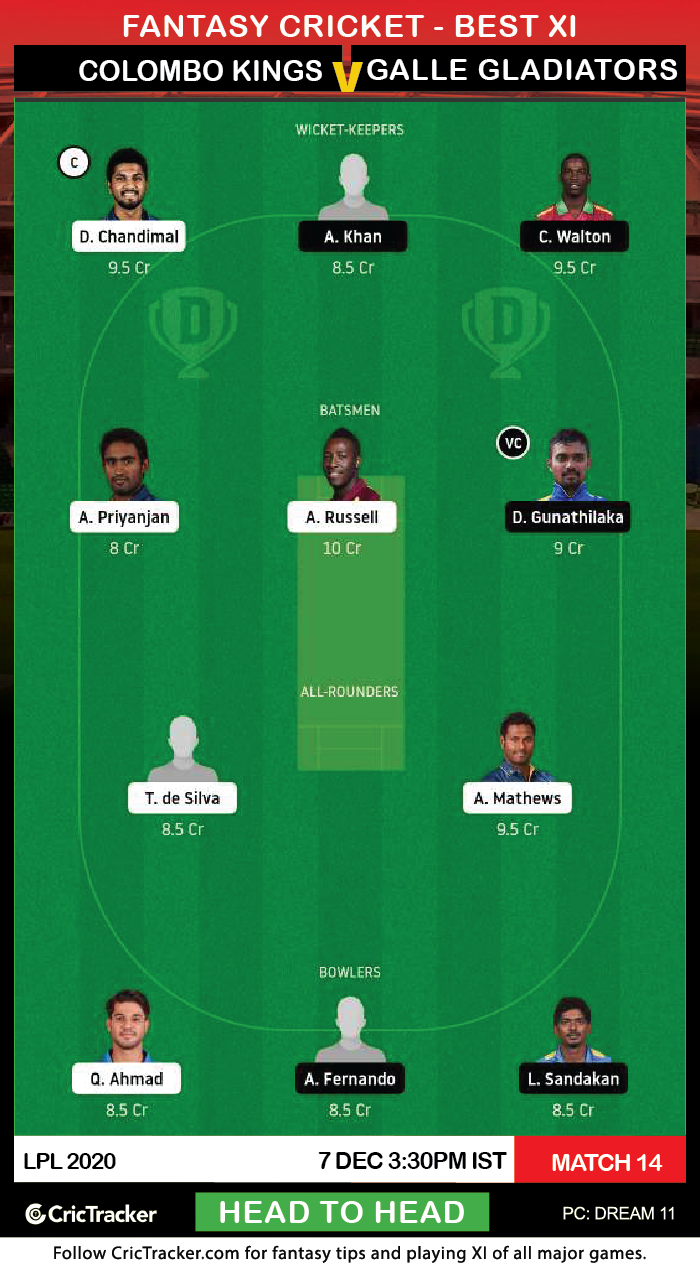 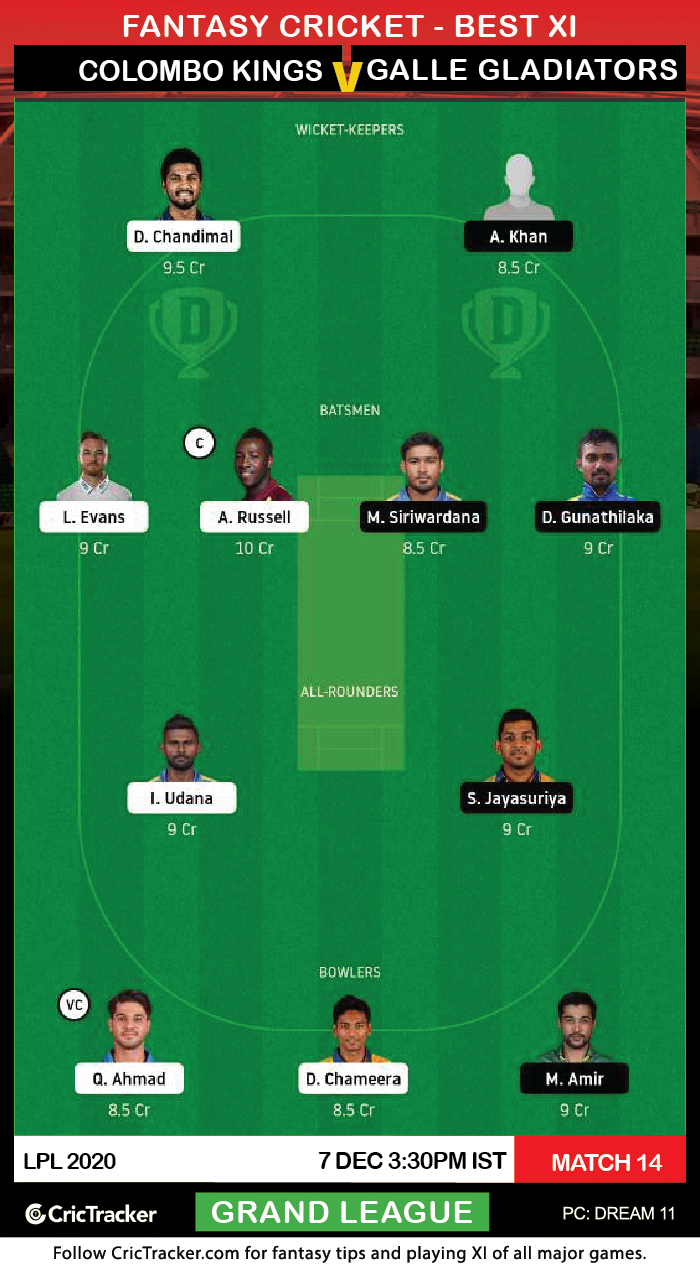 Dinesh Chandimal and Danushka Gunathilaka have scored most runs at the top of the order for their respective sides and their average is also good. It is advisable to include both of them in your Dream11 team and can be made as a Captain and Vice-captains respectively.