Choose more players from the team batting first because if Central Hinds win the toss, they might just pull off their first victory of the tournament.

The 19th match of the Women’s Super Smash will be played between Central Hinds & Otago Sparks at the Pukekura Park, New Plymouth on January 18th, Monday.

The match is scheduled to start at 5:00 am IST and will be streamed live on FanCode.

Both teams are at the bottom of the points table with Central Hinds yet to taste a victory in the tournament. On the other hand, Otago Sparks have won 2 out of 3 games taking their tally to 8 points.

These are two teams coming from crushing defeats against Central Magicians and Wellington Blaze. Sophie Devine broke the backbone of the Sparks in her pursuit of a record-breaking century while the Magicians thrashed the Hinds with an 8-wicket win and 7 overs to spare. The last time these 2 sides met, Otago won by 7 wickets.

Light rains are expected at the venue with temperatures hovering around 19 degrees Celsius.  67% humidity and windy conditions will be around the ground enhancing the typical New Zealand conditions.

One of the rare batting tracks used in this tournament with the average score here being 140 runs. Win toss and bat first would be the go to word for both Captains.

Hayley Jensen has been a complete all-rounder in this tournament taking 2 wickets on an average per game. The last time these 2 teams met, she took a couple of wickets along with some handy runs with the bat as well. Otago Sparks would want her to continue her quality services for the team.

Natalie Dodd has been amongst the runs in this tournament but the last time she played against the Otago Sparks, she had to struggle with her strike rate of only 63.4. Dodd has scored an average of 31 runs in her last 4 games with a strike rate of 107 and if the Hinds are looking to win this one at home, Natalie would be vital for their chances.

Polly Inglis scored 43 off just 38 deliveries in the previous game against the same opposition and she has looked in great form in the tournament as well. Polly missed out the last time against the Wellington Blaze where she was bowled by Amelia Kerr and was kicking herself on missing out so she would be looking to come back stronger in this fixture.

Jess Watkin has been a few of those lone warriors that have shone in the tournament for the Central Hinds. She has picked an average of 2 wickets per game on this ground in this tournament and along with that has opened the batting for the Hinds. She is one player that can surely give you some extra fantasy points given the amount of game time she gets.

Caitlin Blakely scored a fiery knock of 32* off just 24 balls in order to seal the game against the Northern Spirits. The last time she got a chance to face the Central Hinds, it was only a matter of 7 deliveries where she scored 9* runs in order to finish the game. She might look to go big this time around if given the chance. 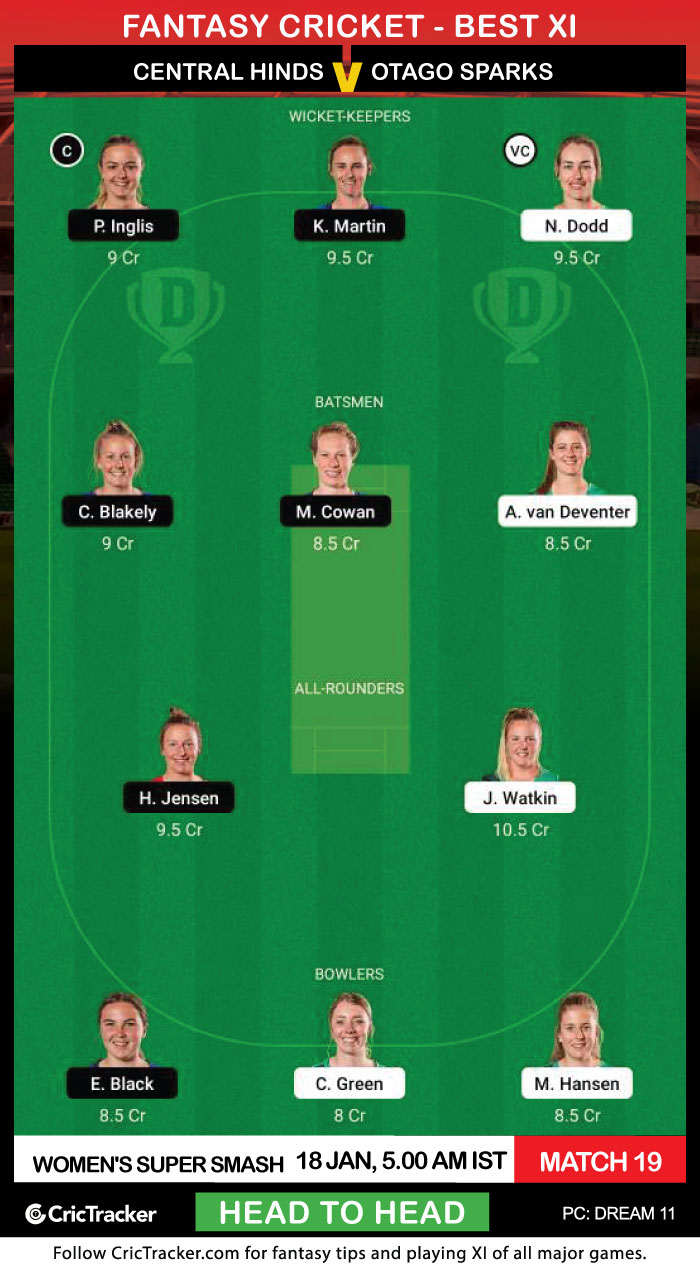 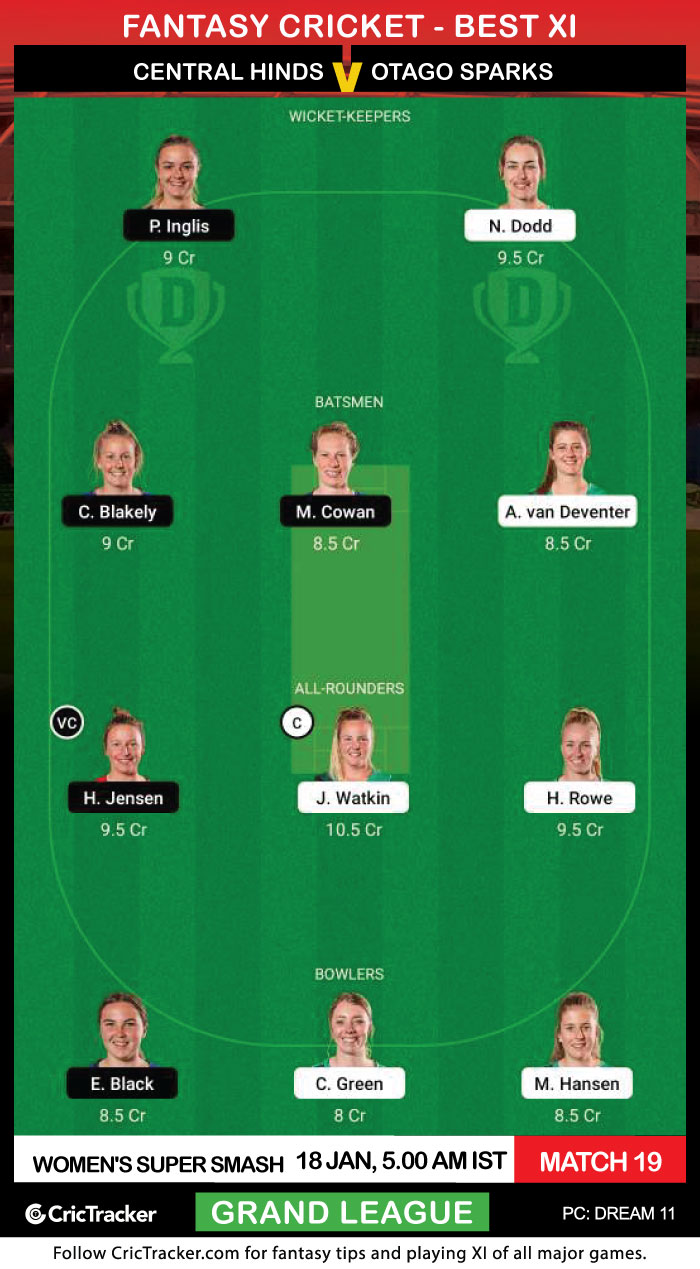 Choose more players from the team batting first because if Central Hinds win the toss, they might just pull off their first victory of the tournament.

Otago Sparks- Women are expected to win this match.