On a Monday afternoon in April 2016, Brehanna Daniels was eating a Chick-fil-A chicken sandwich in Norfolk State University’s cafeteria in Virginia when she felt a strong tap on her shoulder. The senior shooting guard on the women’s basketball team turned around to find Tiffani-Dawn Sykes, the university’s former NCAA eligibility specialist, presenting her with a life-changing opportunity.

She just didn’t know it yet.

“Girl, NASCAR?” Daniels, 27, remembered asking. “I don’t even watch NASCAR. What are you telling me this for?” she continued. “That shows you how much I wasn’t in tune with NASCAR.”

But after watching a video of a pit stop during a race, Daniels was in awe. She had just two days to make a decision: either attend pit crew tryouts or videotape a six-hour baseball game for her campus internship. Almost five years later, Daniels, who is of Guyanese and African American descent, is now the first Black woman pit crew member in NASCAR.

“Wednesday morning, I woke up,” Daniels told TODAY via phone. “God told me, ‘Brehanna, you have to go to this NASCAR tryout.’ I was like, ‘You know what? I don’t question that man upstairs.’”

In a matter of months, the Virginia Beach native went from dribbling a basketball to holding an impact wrench. Daniels’ new role entails, in her words, “controlled chaos” and a lot of responsibility, like changing tires and more in under 13 seconds as well as changing the face of the racing industry.

Trailblazing on the racetrack

The feeling of being “the first” or “the only one” isn’t new to Daniels. Growing up, she played on all-boys basketball teams, and when NASCAR hosted tryouts at Norfolk State, out of four students, she was the only woman. After a series of physical battery tests, she attended NASCAR’s Drive for Diversity National Combine in May.

According to Brandon Thompson, the vice president of diversity and inclusion at NASCAR, the Drive for Diversity Program was created in 2004 with a mission “to expose the athletic opportunities within NASCAR to women and minorities in order to increase or widen the pipeline for career opportunities.” The program has two parts: one devoted to driver development and the other to pit crew development.

Out of approximately 24 participants at the combine, six were women while the rest were men, and only half would make it into the new class. When Daniels got the call that she had been accepted, she began crying.

“I didn’t know what I was getting myself into. It’s always rewarding to see your hard work pay off when you’re working toward something,” Daniels said. “That was my goal, to be one of the ones selected. I even had more motivation because during the national combine, one of the guys came up to me … and he was like, ‘Yeah, they say there’s no women that really make it in this.’”

It was during the six-month Pit Crew Development Program that she learned of her groundbreaking role.

The Drive for Diversity Program runs from September to February, when graduates are dispatched as the season kicks off. Daniels worked her first Automobile Racing Club of America race in Nashville, Tennessee, in April 2017; she made her national NASCAR debut in June later that year. Along with the thrill of being on pit road, she remembered the stares she received from people who were surprised to see a Black woman in the midst. She’s also endured vitriol from strangers on social media.

“Someone said, ‘Why does it matter that she’s Black?’ I even got called the N-word online. I was getting a whole bunch of messages,” Daniels said. “With all the hate, there are some positive comments. There are people saying, ‘Yeah girl, keep doing your thing!’ or ‘Oh, it’s about damn time!’”

Erik A. Moses, the first Black president of any NASCAR track

Black fans across the country may have felt a similar sentiment following the changes NASCAR implemented after last year’s Black Lives Matter demonstrations. The privately owned company formally banned the Confederate flag — despite its presence at events for over 70 years — from its races and properties after Bubba Wallace called for its removal last June. However, in the same month, Wallace, the lone current Black driver, found a noose hanging in his garage stall (federal authorities later determined that Wallace had not been the target of a hate crime). Daniels recalls how proud and emotional it was seeing the way the spectators, drivers and more rallied around him.

“I’m proud of (NASCAR’s) growth,” Daniels said. “When everybody was walking behind Bubba, I cried when I saw that happen. It was powerful because everyone realized they just wanted to show their support.”

Daniels remains both grounded and uplifted by the support of her family, friends and the community she’s fostered through the Drive for Diversity Program, with members such as Breanna O’Leary, Dalanda Ouendeno and others. Ushered into the same cohort, Daniels and O’Leary were the first female graduates of the pit crew program; Ouendeno, a former soccer player at the University of Miami, was part of the 2019-2020 class. While Daniels was initially wary because no one in the sport looked like her, she wants people to see her and have “the motivation to come forward.”

Thompson, the vice president, said: “One of the things that we’re most proud of is that not only was she able to make history, but the fact that she’s now gone on and helped other people to achieve the same thing. That speaks to the importance of representation and mentorship that Dalanda was able to see herself in that position because she watched what Brehanna did.”

The Pit Crew Development Program has 68 graduates working in NASCAR; the Driver Development Program has had more than 70 graduates since its inception, with notable names like Bubba Wallace, Kyle Larson and Daniel Suarez currently competing. The 2021 class features six male and two female drivers, three of whom are Hispanic, another three who are Black, one multiracial driver and one white driver.

NASCAR Cup Series: The 3 Biggest Things We Learned From the First Half of the 2022 Season 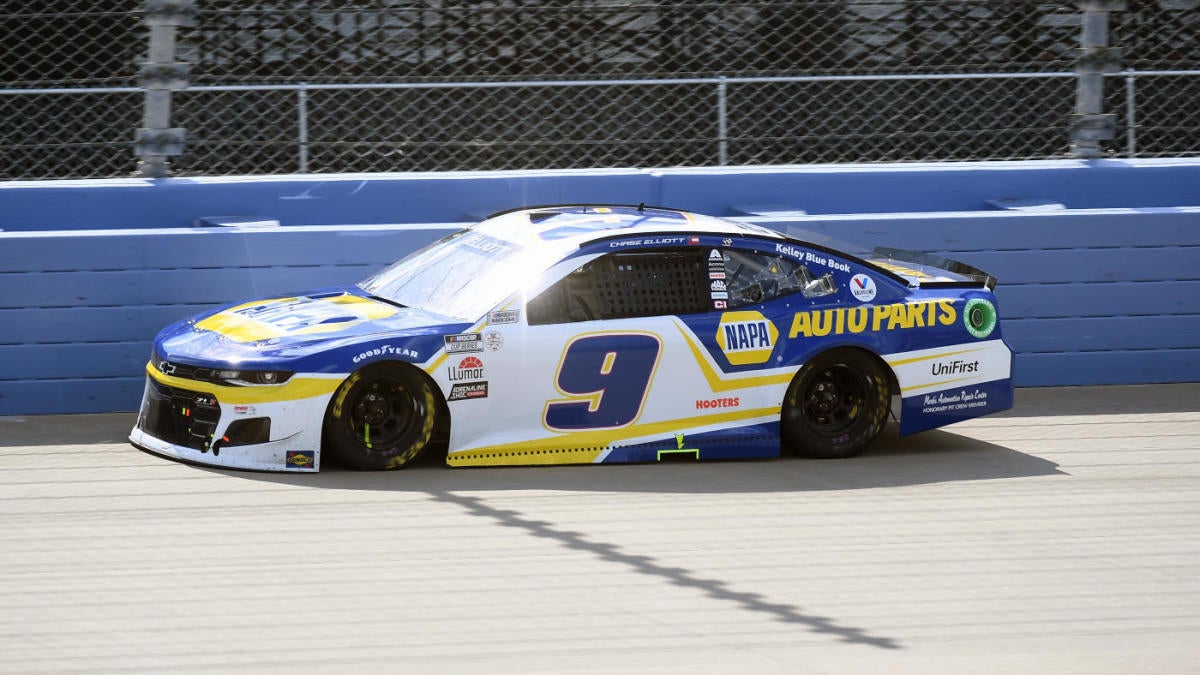