Florida could see as many as nine or 10 players get drafted this weekend, but on the latest big board from ESPN draft analyst Mel Kiper, only four of them appear in his top 150 prospect rankings.

One of those four is a lock to go in the first round: tight end Kyle Pitts, who could become the highest-drafted tight end in the modern era. Depending on where the receivers ranked above him go, Kadarius Toney could slide into the latter part of the first round, but he could also fall into the early part of the second if an early run on quarterbacks caused some of the class’ top pass-catchers to fall.

Quarterback Kyle Trask also appears, and a fourth 2020 standout — one who may be a bit surprising to see this high — cracks the top 150. In Kiper’s positional rankings, which include 500 prospects, even more former UF players appear. Here’s where each of them stacks up, both overall and by position.

Like Lawrence, Pitts has one of the highest grades I’ve ever given at the position, but he’s more than a tight end. He’s an offensive weapon who will immediately improve a team picking in the top five.

Stat to know: After dropping nine passes from 2018-19 — tied for third most among FBS tight ends — Pitts improved his pass-catching with 43 receptions and zero drops on 66 targets last season (most targets in the FBS without a drop).

It’d be a pretty big surprise if Pitts stays on the board beyond the Miami Dolphins at No. 6. The tight end position is only increasing in value, and he’s probably the most surefire prospect at the position of all time. 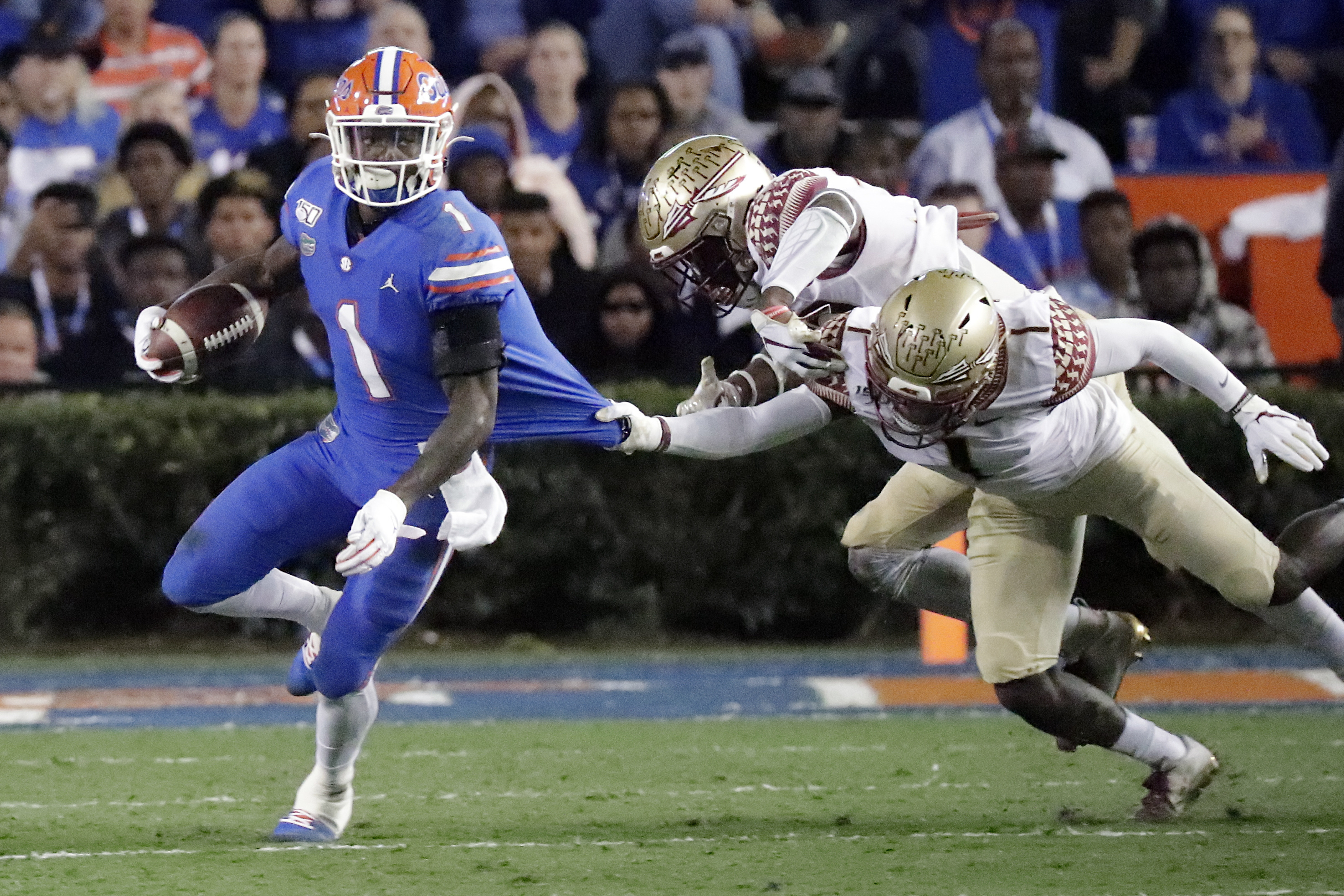 Toney was one of the best receivers at the Senior Bowl in January. He’s so quick in and out of his breaks that defensive backs have trouble sticking with him. He’ll make an impact out of the slot, and he also could be one of the NFL’s best punt returners as a rookie.

Stat to know: Toney ranked fourth in the FBS last season in touches (89) and touchdowns (11) and fifth in scrimmage yards (1,145).

In an absolutely loaded receiver class, Toney is a bit overshadowed by guys like Ja’Marr Chase and Jaylen Waddle who have more No. 1 potential. But Toney’s skills with the ball in his hands can’t be overshadowed, and he improved his fundamentals tremendously in his final season. 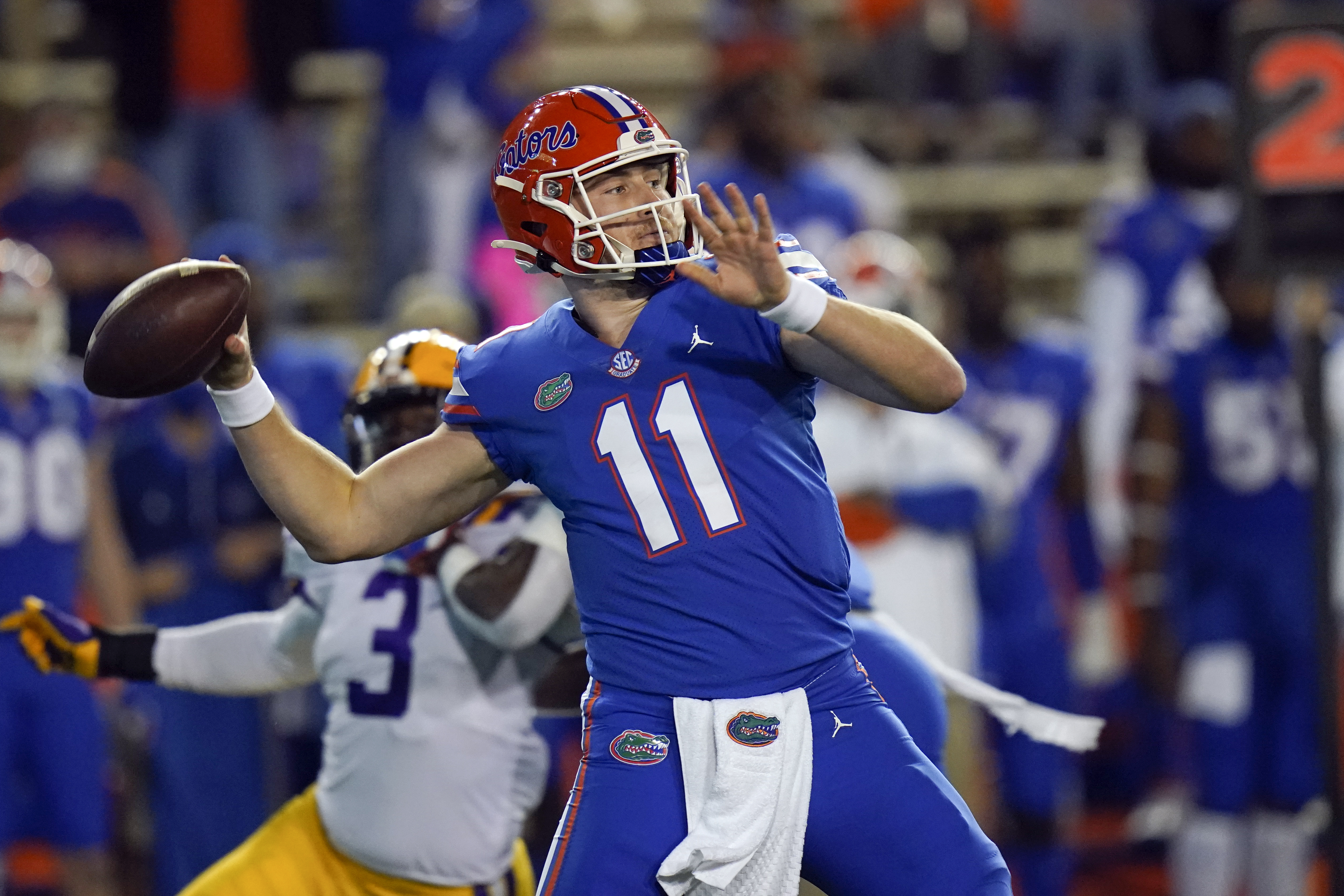 Trask’s body of work in 2020 was enough to put the former three-star recruit in a position to be drafted, but in a class where five quarterbacks could go in the first round, he’s not considered among the top options. He may not have a lot of the physical traits you look for in an NFL passer beyond his size, but he showed a good understanding of Florida’s system, and with the right team and coaching, he could flourish as a mid-round pick. 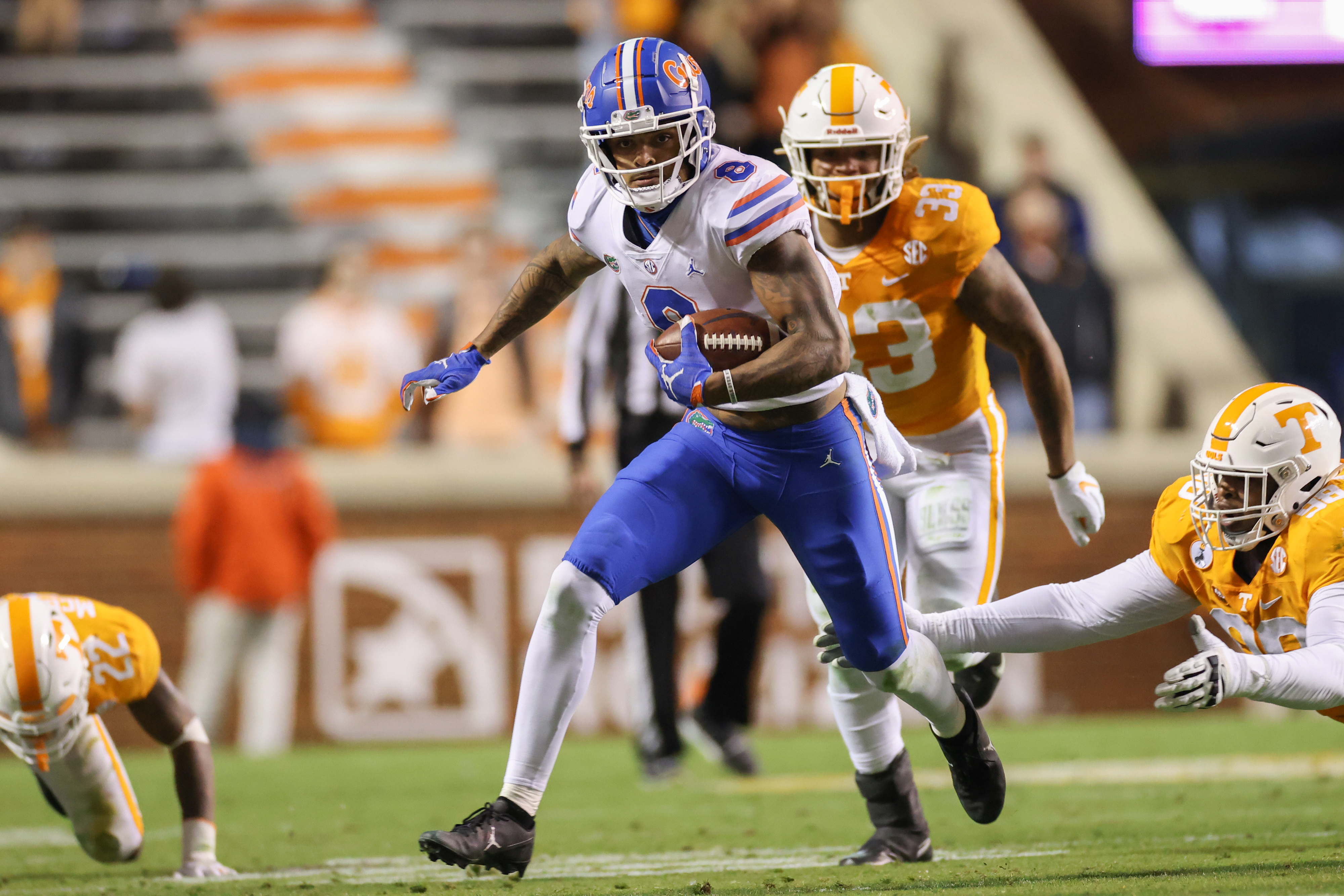 Remember when I said this receiver class was loaded? Kiper thinks there are 24 receivers better than Trevon Grimes in this class, and yet the former five-star recruit still manages to crack the top 150. This is quite a bit higher than many rankings have him, and he’s expected to go toward the middle or end of Day 3. A bit overshadowed in 2020 by Pitts and Toney, Grimes has great ball skills and more physical talent than most late-round receivers. 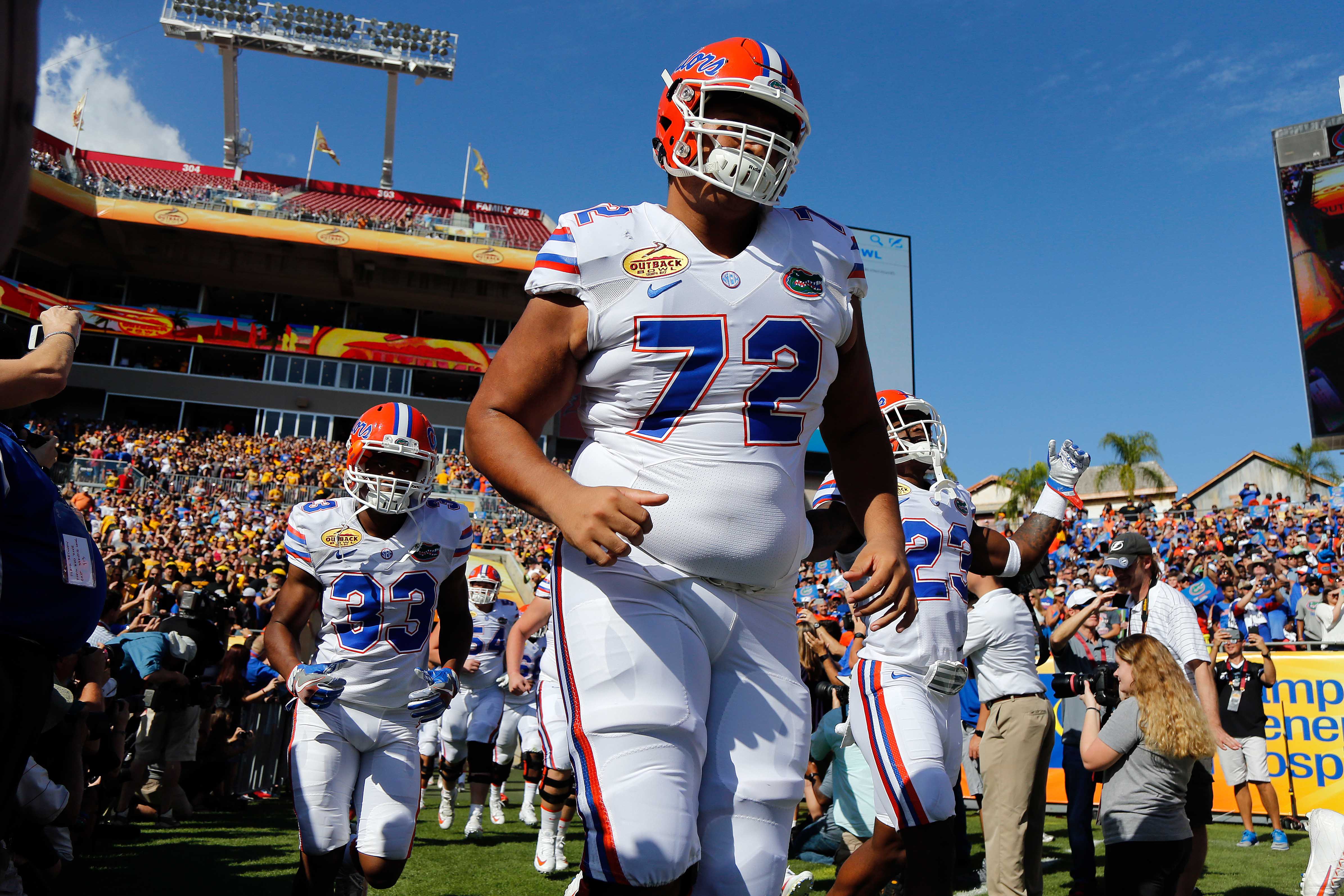 Stone Forsythe has seen his stock rise a lot as we approach the draft, likely in part due to his 6-foot-7 frame. He started 28 games at Florida, and though not all of that experience went well, he could be an intriguing pickup toward the end of the draft (and if not he will likely be a top undrafted free agent). 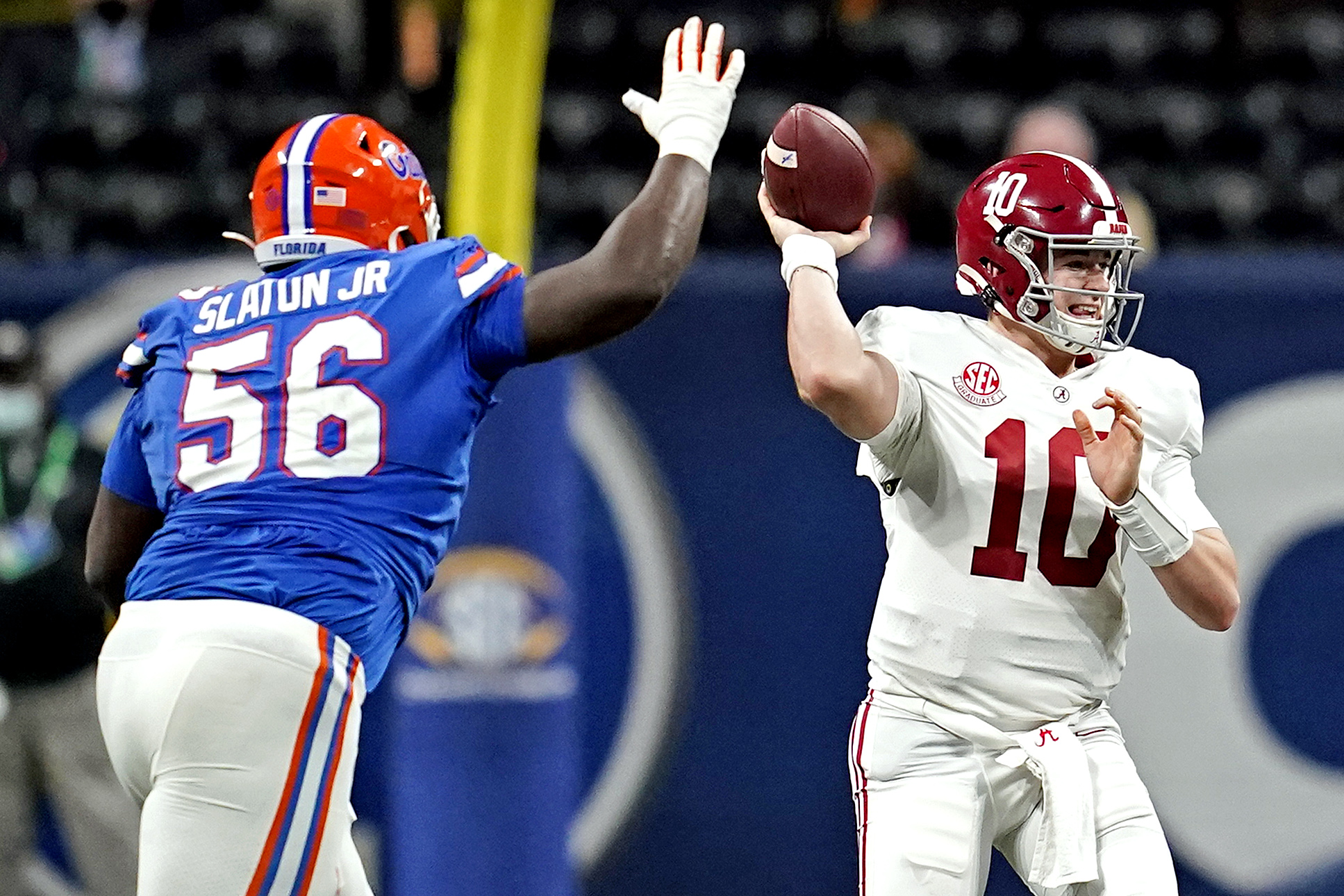 Tedarrell Slaton waited a long time to become a central figure in Florida’s defensive line, and though he entered 2020 with All-SEC expectations, he didn’t really live up to them. He only totaled 37 tackles and 1.5 sacks, and he’s now largely considered a mid to late-round pick. But like Forsythe, his physical traits are more interesting than the tape itself, and that could see him get drafted higher than expected. 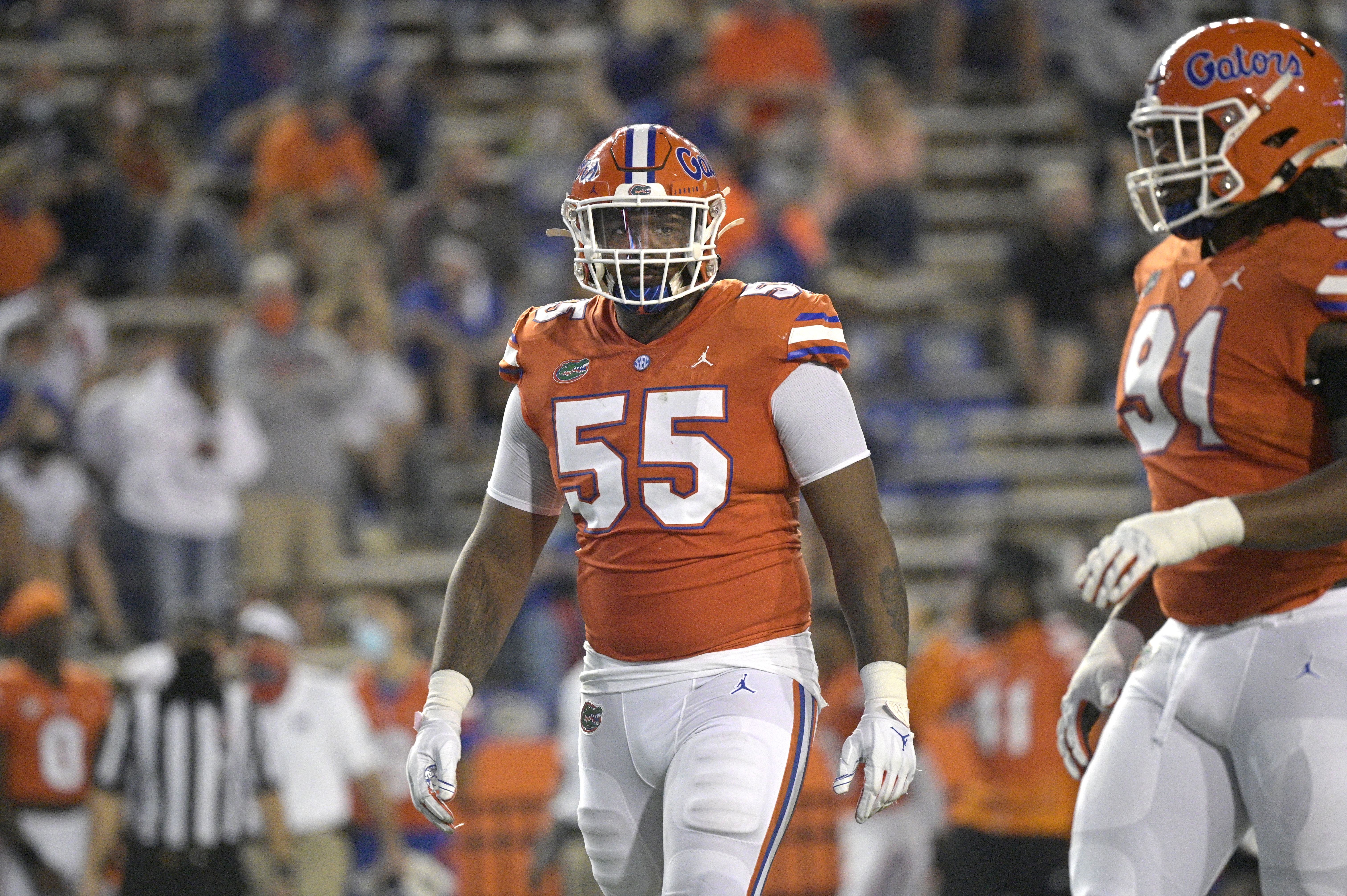 Kyree Campbell‘s senior season was limited to just eight games, and if that weren’t the case, he’d likely be higher here. Though the stat sheet (on which he compiled 22 tackles and 1.5 sacks) doesn’t really show it, his presence on the field made a big difference in Florida’s defensive line play. He’s a fringe draft prospect, but he could land on a roster, regardless. 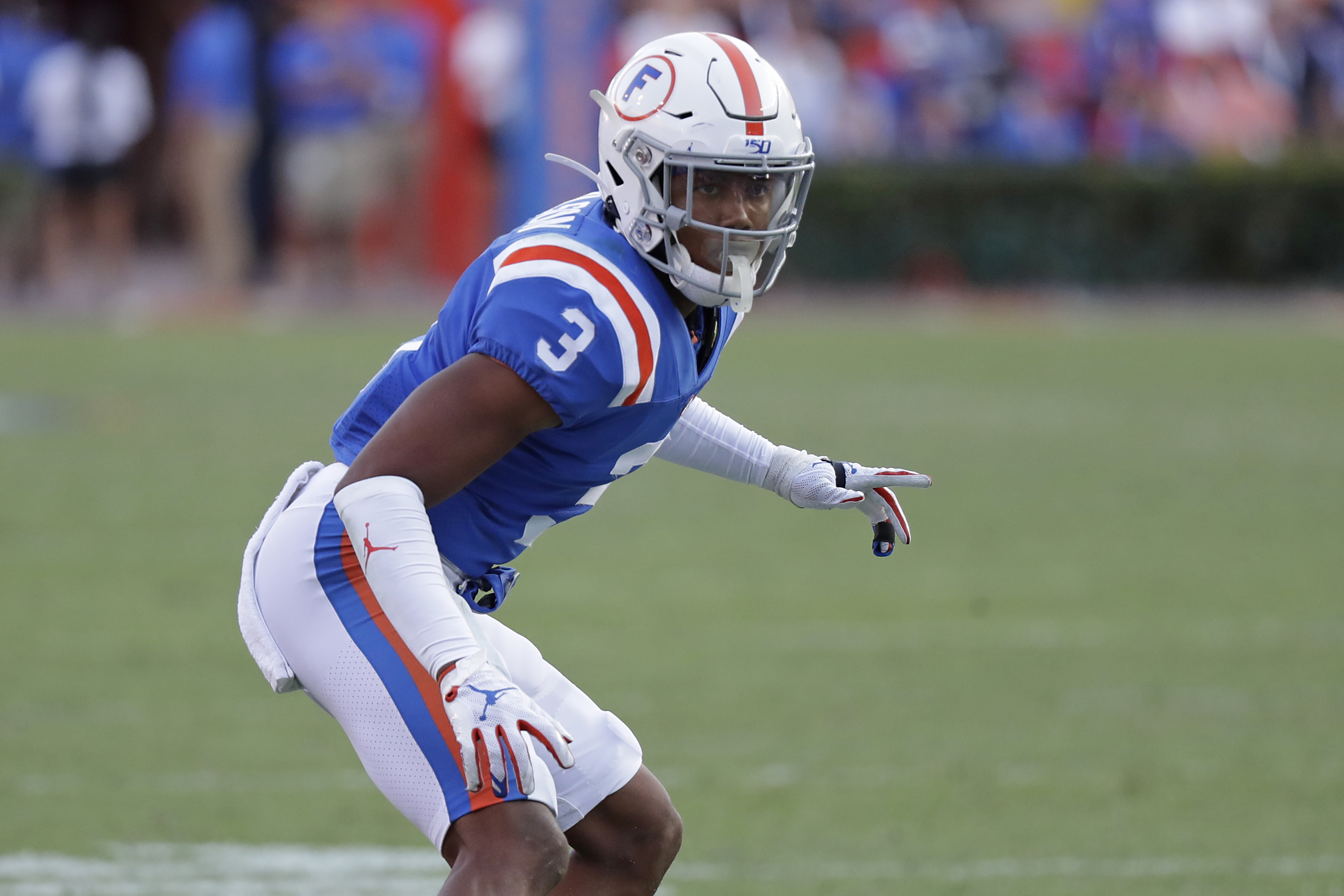 Kiper seems to be a bit lower on Marco Wilson than others are, and it’s understandable why. After a solid freshman season, he missed almost his entire second season with a torn ACL. His play never quite returned to where it was before, and he struggled in his final two seasons at Florida. But after a fantastic pro day, he has likely locked up a draft spot for himself. 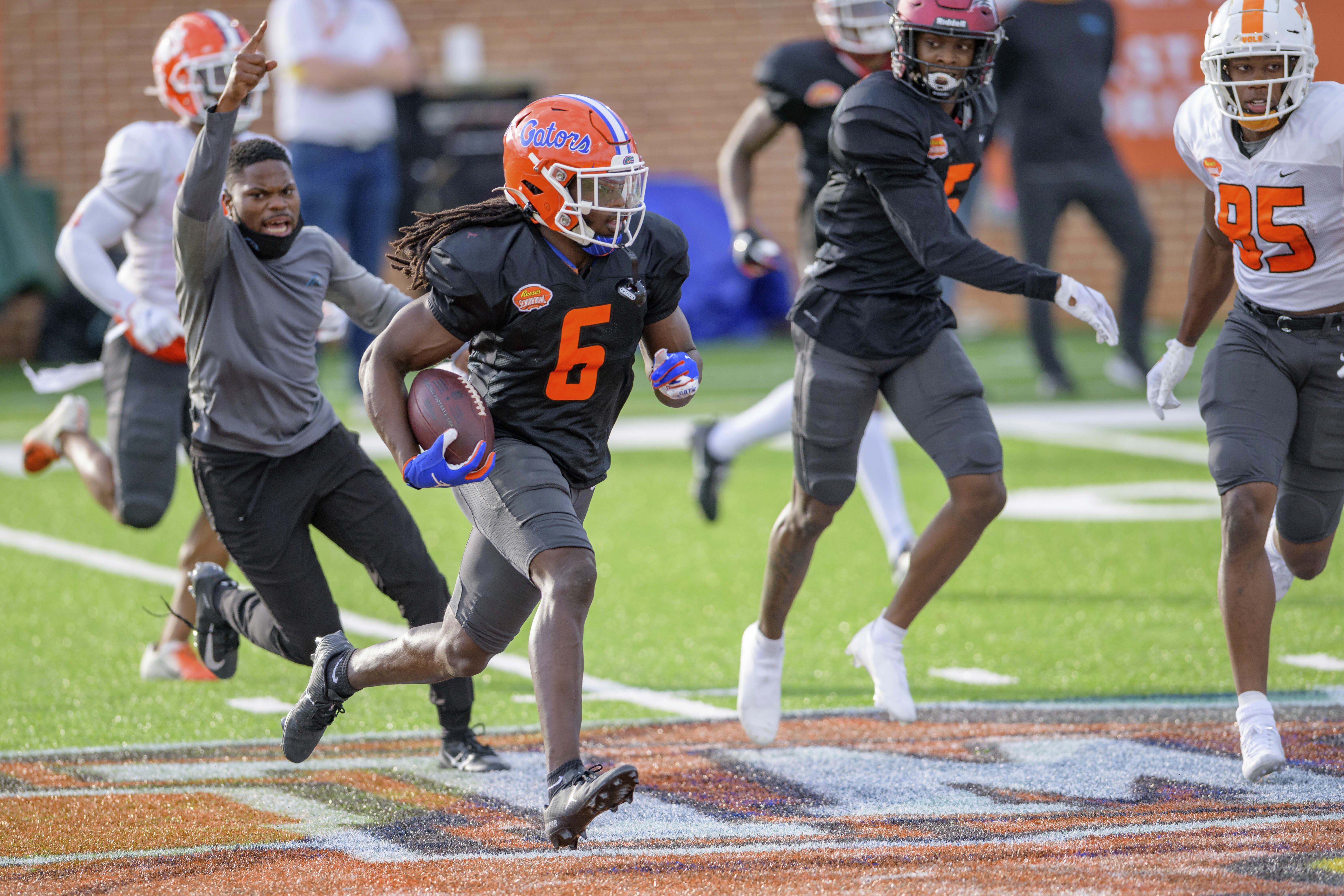 Another member of the Florida secondary hoping to shrug off an overall poor team performance in 2020, Shawn Davis could have come out last year but opted to return for his senior season. Injuries held him out of five games, which certainly didn’t help his cause, but he is still expected to be taken on Day 3. 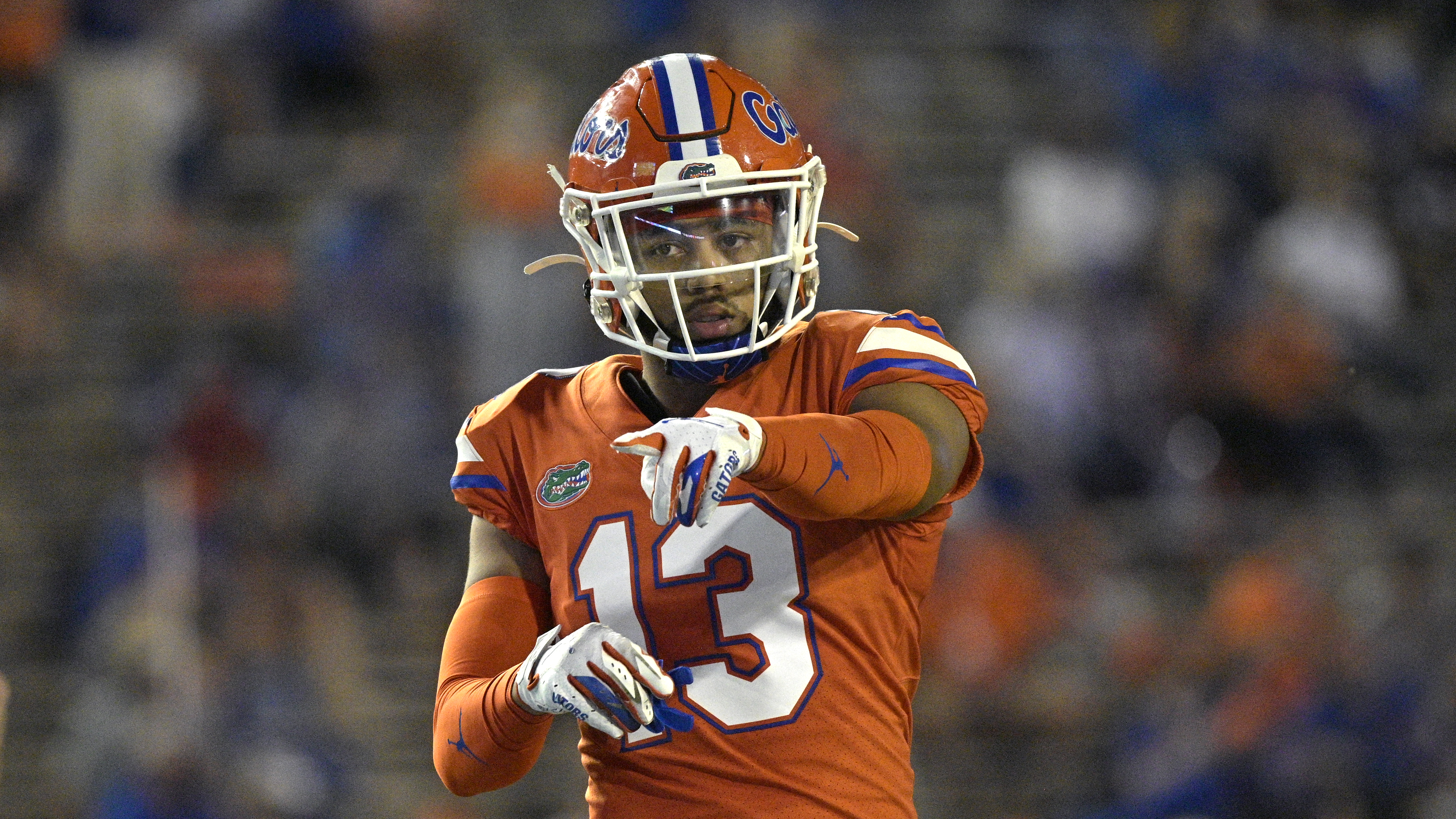 Donovan Stiner contributed a lot more in his time at Florida than his billing as a three-star recruit among blue-chip prospects in the secondary would have indicated. He started 10 games at safety for the Gators in 2020, and though he likely won’t get drafted, he should be able to find a spot on at least a practice squad.

Golf: Tavatanakit hopes to impress in Singapore as LPGA Tour returns to Asia | The Mighty 790 KFGO

Five things to know ahead of ACC Kickoff