It is advisable to pick Peter Chase as a multiplier in any one of your Dream11 fantasy teams.

The 1st match of the 2-match T20 series between Bangladesh A and Ireland Wolves will be played on on 16th March at the Sher-e-Bangla Stadium in Dhaka.

Bangladesh-A will be up against Ireland Wolves in the 1st match of the 2-match T20 series on Tuesday. Bangladesh-A will come into this match high on confidence after winning the Unofficial ODI series by a margin of 4-0. They will be looking forward to continuing their winning momentum in this upcoming T20 series as well.

On the other hand, Ireland Wolves will try to forget the last series and start afresh. They haven’t won a single match in this tour so far. The Wolves will have to be far more clinical if they want to beat this quality Bangladesh side. We can expect a high-scoring game at this venue on Tuesday, where Bangladesh A will start as favourites.

It will be a sunny day here in Dhaka on Tuesday. The temperature will hover around 32 degrees Celcius range and there is no chance of precipitation for this match.

The pitch here at Sher-e-Bangla Stadium is a flat-batting wicket. The wicket is very much easier to bat on in the first half as compared to the second. The wicket will slow down as the match progresses and it eventually becomes difficult to bat on. The team winning the toss should look to bat first and put up a big total on the board.

Also Read – Rohit Bhai told me that you will open, play freely as you do in the IPL: Ishan Kishan

George Dockrell from Ireland Wolves has withdrawn himself from the squad.

Mahmudul Hasan Joy was the leading run-scorer in the unofficial ODI series. He scored 285 runs at an average of 71.25 in 5 innings. He is a must-pick for your Dream11 fantasy team.

Sumon Khan bowled exceptionally well in the unofficial ODI matches. He scalped 7 wickets in the 4 matches he played for his team.

Saif Hassan has been in decent form with both bat and ball. He scored 190 runs at an average of 47.50 and picked up 5 wickets as well in the last series.

Lorcan Tucker scored 123 runs at a strike-rate of 112.84 in just 3 unofficial ODI matches he played. He can be backed to score a big knock in this upcoming match also.

Ruhan Pretorius impressed everyone with his all-round performance in the unofficial ODI series, where he scored 142 runs and also picked up 5 wickets in his 4 outings. 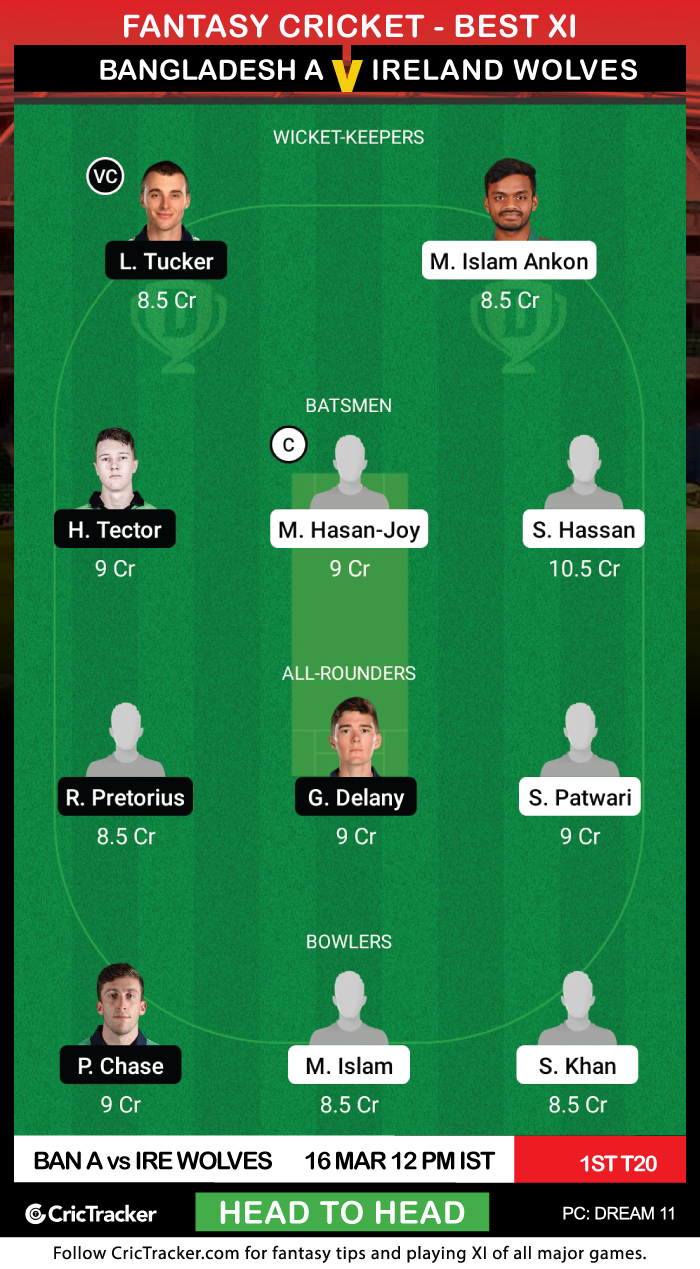 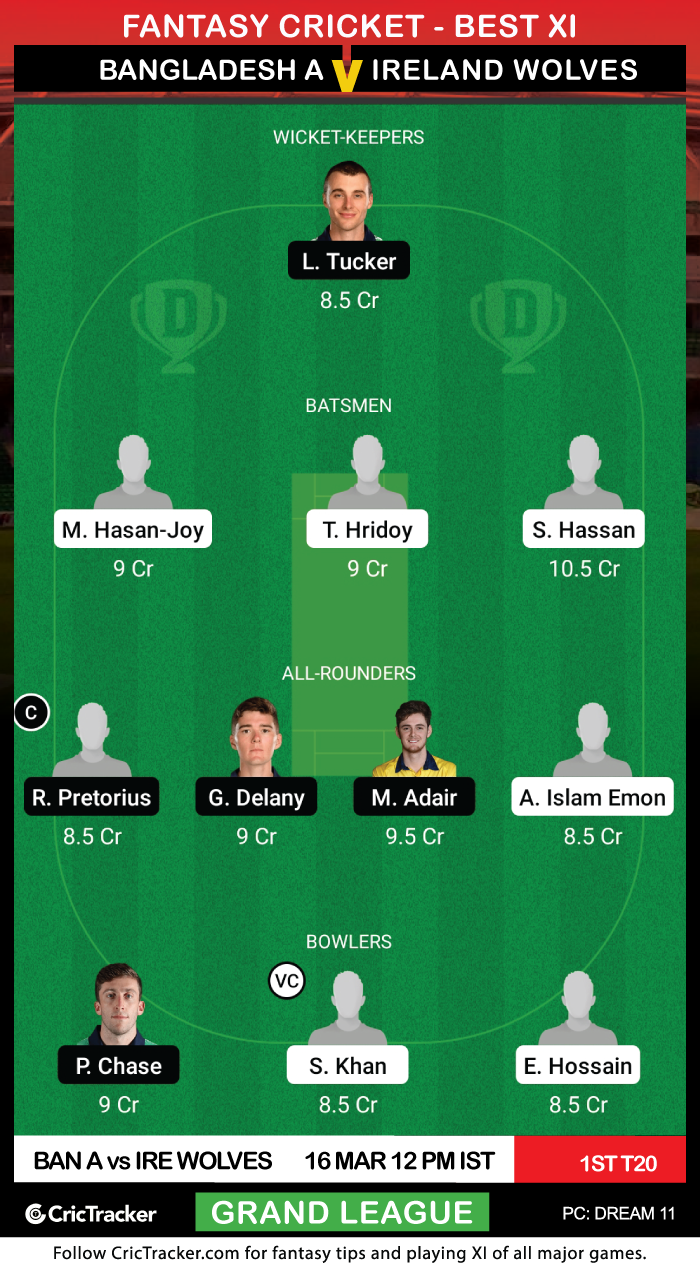 It is advisable to pick Peter Chase as a multiplier in any one of your Dream11 fantasy teams as he was in decent form with the ball in the unofficial ODI series. The Irish player picked up 4 wickets in 3 matches he played.

Bangladesh A are expected to win this match

Disclaimer: This team is based on the understanding, analysis, and instinct of the author. While selecting our team, consider the points mentioned and make your own decision.