“Fantastico, fantastico,” beamed Luna Rossa co-helmsman Francesco Bruni on a milestone day for Italian sailing off the coast of Auckland on Sunday.

Bruni and awesome Aussie Jimmy Spithill combined to helm Luna Rossa through to the America’s Cup “Match” against Team New Zealand where they will make their second appearance in the showpiece series in their fifth tilt at lifting the most prized trophy in yachting.

After a scintillating return to form in Sunday’s seventh and eighth races of the Prada Cup final on the A course north of the city, the team from Italy swept to twin victories to seal a 7-1 triumph. They have now won 11 of 12 races in the challenge finals, and will tackle the defenders of Team New Zealand for the 36th America’s Cup with their confidence at an all-time high.

Despite a couple of feisty starts from Sir Benm Ainslie and Team UK, the script was a familiar one in both Sunday matchups. The swifter and slicker Italian boat took the lead early on the opening legs of both races in light winds off the coast of Auckland and romped to twin victories without a hitch.

An all-the-way 1 minute 45 second victory in race 7 was followed by an equally decisive 56sec triumph in race 8 that sealed the deal in some style on a sunny Sunday afternoon. The round-robin champions had been well and truly crushed, with just the single victory late in the piece on Saturday that was nothing more than a blip on the graph for the Italians.

The Match, which will start on March 6, the vagaries of Covid and the weather permitting, will be Luna Rossa’s third meeting against Team New Zealand to decide yachting’s most prestigious competition.The two teams previously went head to head in the 2000 America’s Cup final in Auckland and in the 2007 challenger final in Valencia (with Spithill also at the helm). Both contests were swept 5-0 by the Kiwis.

But this Luna Rossa boat looks fast and its crew sharp, if their form in these challenger finals is anything to go by. Team New Zealand, who were training nearby during both days of the weekend racing, will be well aware they have a serious contest on their hands against an outfit that has won 10 of its last 11 races.

The Italians strike first on day four against Team UK

Spithill had been the one with the cool demeanour at the end of race 8 on Sunday as celebrations broke out on the Italian boat. But Bruni had no such inhibitions as he made clear his delight at winning through to their second tilt at the match for the Auld Mug.

”It was a tough final and we’re in for a good fight for the America’s Cup now.”

Spithill was rapt with the way his crew finished the job in such efficient manner on Sunday.

“We really tried to minimise the mistakes. The boat was going very well,” he said. “In race 1 we went with a little bit bigger jib, which I think really paid dividends, and, again, tried to keep the mistakes down, keep calm and make good decisions and let the boat do the work.”

Spithill also offered some words of consolation for his British rival.

“In my career I’ve had some of my best racing against Ben and obviously some good ones with him as well. He’s definitely one of the toughest competitors in the world … [tactician] Giles Scott as well.

“And I have to mention my old mate Joey Newton. This is the first campaign in 20-something years where we haven’t done one together and it was very good racing today against those guys. I really pay respect to them.”

Bruni said conditions had favoured his boat first up as they moved to match point. “We had a little more wind before the start and then it dropped during our pre-start and was lighter.It was definitely lighter and both boats had smaller jibs, which I think was good for us.”

Luna Rossa dominated the opening race, even if the start, in a northeasterly breeze of around 13 knots, had been a close one.

Sir Ben Ainslie nudged Britannia briefly into the lead off the line as they took the favoured left side, but in a flash the Italians had made their move, taken the lead and were soon out by 60 metres down the opening, upwind leg.

There was a brief moment of concern for Luna Rossa halfway down the first leg when they touched down. But the correction came quickly and they were through the first gate with a 16sec advantage.

From there it was a one-boat race, Luna Rossa out by 21sec at the second gate and by 1:07 at the halfway mark. Spithill, sitting alongside Bruni in the co-helm seat, looked like he was out on a Sunday drive, so relaxed did he appear.

Little wonder. The Brits were making no headway behind him. Luna Rossa still led by over a minute at the fourth gate, and by 1:45 at the penultimate mark – an advantage they held comfortably to the finish.

It was a similar story second up in even lighter winds. The start was tight, and action-packed, with the Italians dished out an early penalty to allow Team UK the early advantage.

But it did not last long. Luna Rossa surged into the lead by 12 seconds at the first gate, a margin they would also hold at the second mark.

The Italians found another gear to edge out by 34 seconds at the halfway point, and from there it was a procession to the finish, even if Ainslie kept slogging away in behind. The margin was 36sec at the fourth gate, 53sec as they turned for the dash home and 56sec at the finish.

Ainslie conceded the better boat had won this challenger final as the UK’s wait for a first America’s Cup triumph continued.

“I know it’s a big deal in Italy, getting to the America’s Cup final again, so congratulations to Jimmy and the team,” he said. “They sailed brilliantly and deserved to take the final.

”We’re obviously very disappointed we couldn’t get through. But we’ll have to go away, get back to the drawing board and see what we can do.”

Pietersen lambasts England’s whinging about the pitch against India 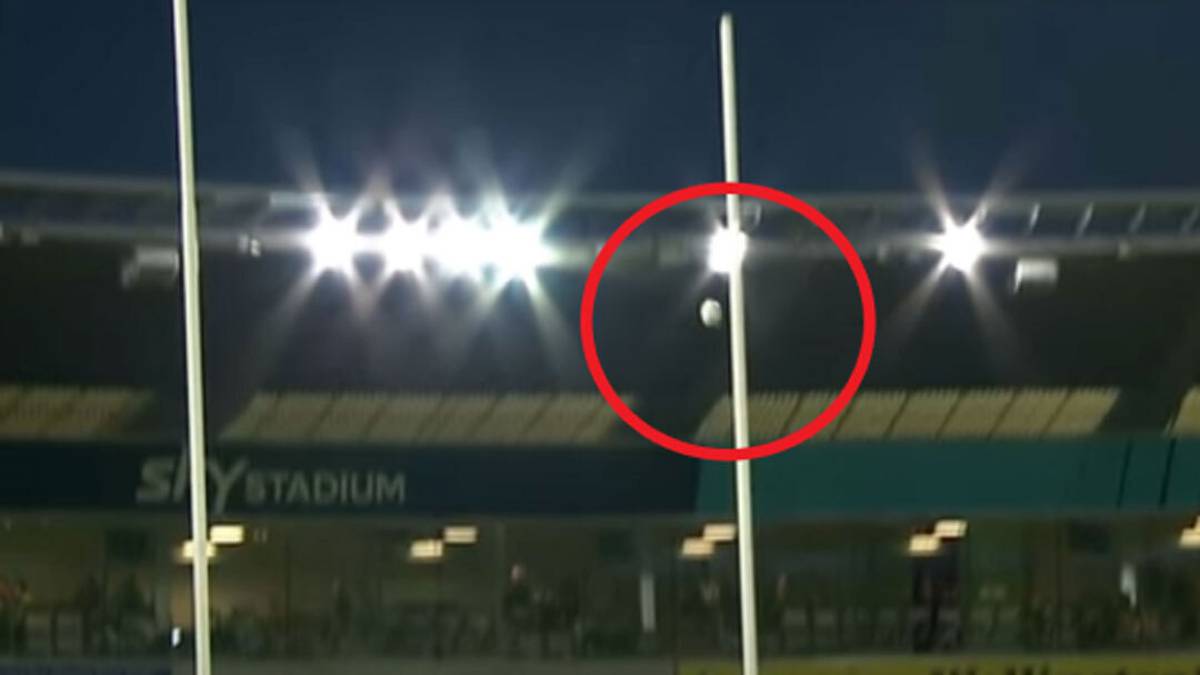 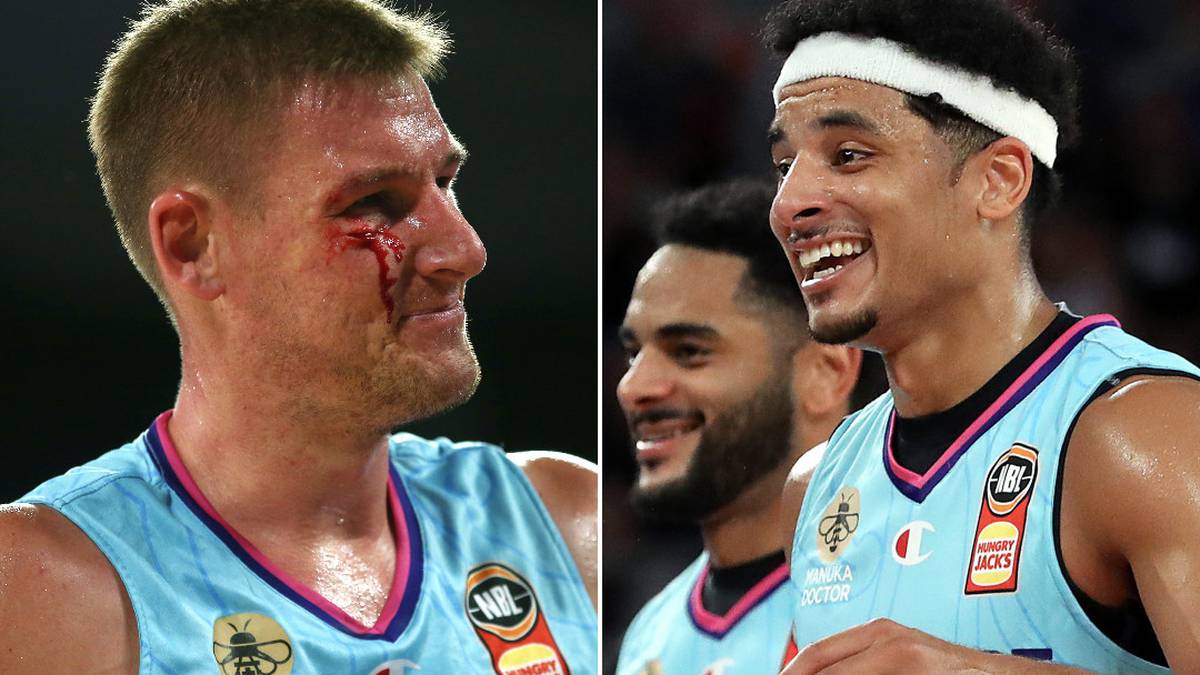