Hyderabad: In the Thursday’s IPL auction, four cricketers, two each from Telangana State and Andhra Pradesh were roped in by the franchises for play in this year’s edition. In fact, three of the four are unheralded players while the fourth Kona Srikar Bharat from Visakhapatnam has been one of the promising wicket keepers and attacking batsman, who donned India A colours. He is now a reserve player of the Test team in the ongoing series against England.

Bhagath Varma is an off spinner from Hyderabad and represented India under-19 team against England in England in 2017 and Jammu-born fast bowler Yudhvir Singh Charak came to Hyderabad and made his Ranji debut for Hyderabad in the 2019-20 season. Harishankar Reddy is a fast bowler from the Kadapa district of Andhra Pradesh.

This 22-year-old cricketer from Marredpally East is picked up by MS Dhoni’s Chennai Super Kings.

Bhagath Verma started playing cricket when he was just syx years. “He never misses a single session and has represented Hyderabad in all age groups after joining St Andrew’s School. John Manoj and coach Iqbal have played a big role in shaping my son’s career. Finally justice has prevailed and talent recognised,’’ says his mother Uma Devi. 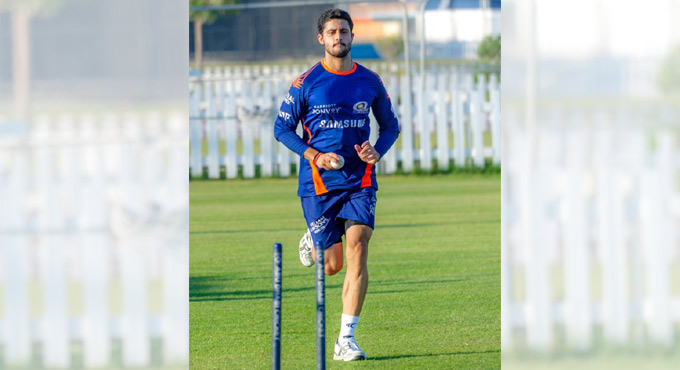 Hailing from Jammu, where his father Dharam Singh Charak is employed in the revenue department, fast bowler Yudhvir came to Hyderabad to pursue his career in cricket. He had represented Jammu & Kashmir in the Under-19 tournament where he had a five-wicket haul against Mumbai. “I came to Hyderabad in 2018 because the cricket infrastructure is better than Jammu where I could get opportunities in the local leagues in Hyderabad,’’ said the 23-year-old.

Yudhvir played in the under-23 tournament and picked five wickets against Madhya Pradesh. The speedster got his breakthrough last year. He hits the deck hard and has good Yorkers. In the last two years he has been bowling in Sunrisers Hyderabad and Mumbai Indians nets. Pace coach Zaheer Khan spotted the talent in Yudhvir before he picked him in Thursday’s auction. “I was so happy to bowl to the likes of Rohit Sharma and others. Jasprit Bumrah gave me a few tips last year,’’ Yudhvir told Telangana Today over phone from Jammu. Currently he is on a visit Vaishno Devi Temple for a thanks-giving prayer. 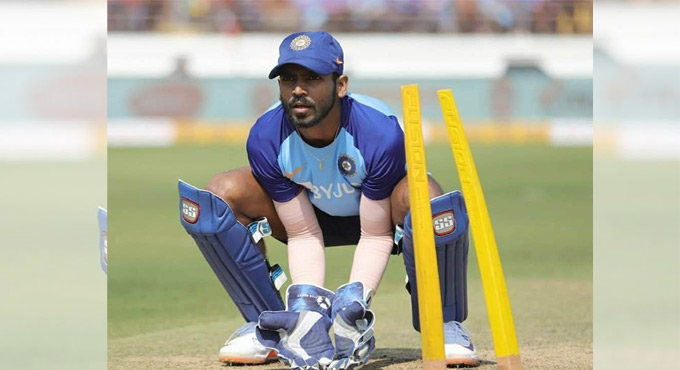 This Andhra dashing opening batsman and wicket keeper has been in the national reckoning for the last few years. This 27-year-old cricketer is the first wicketkeeper batsman to score a triple century in the Ranji Trophy. He has been noticed for his fine performances and selected for India A tours and has been in IPL franchises before being picked by Royal Challengers Bangalore on Thursday. He is presently in the Indian team as a standby wicketkeeper to Rishabh Pant and Wriddhiman Saha. This is will be second stint in IPL after being in Delhi Daredevils in the past 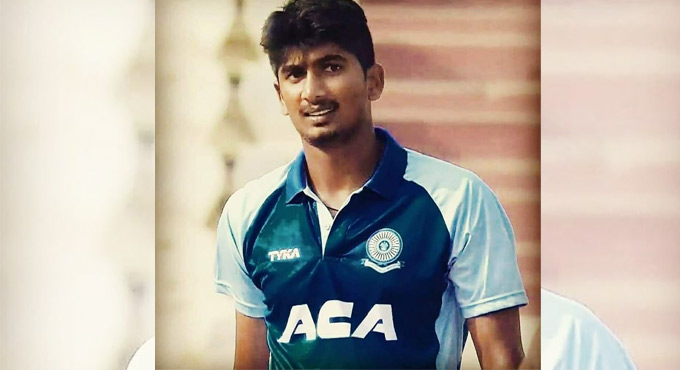 This 22-year-old fast bowler hails from a non-descript Bonamala village in Chinnamandem Mandal close Rayachoti in Kadapa District. His father is a farmer. His first state match for Andhra under-19 and followed by U-23. He made his Seniors debut in T20 in the season 2019-20. He is pursuing a bachelor’s degree in Kadapa. He is mentored by Paidikalva Vijaykumar, former IPL player who also comes from a humble background. He is now part of ACA team playing in the BCCI One day tournament for Vijay Hazare Trophy.

Now you can get handpicked stories from Telangana Today on Telegram everyday. Click the link to subscribe. 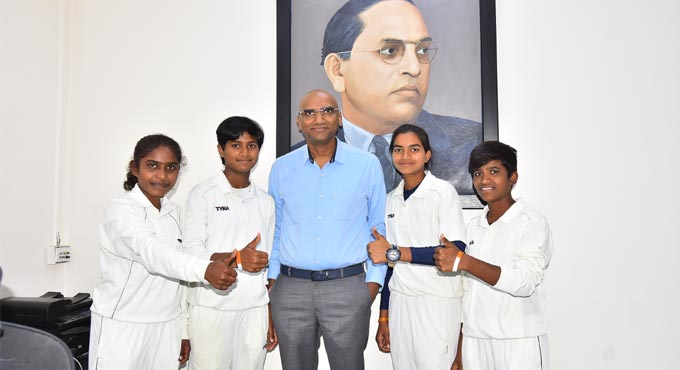 Girl cricketers from rural Telangana make it to the big stage 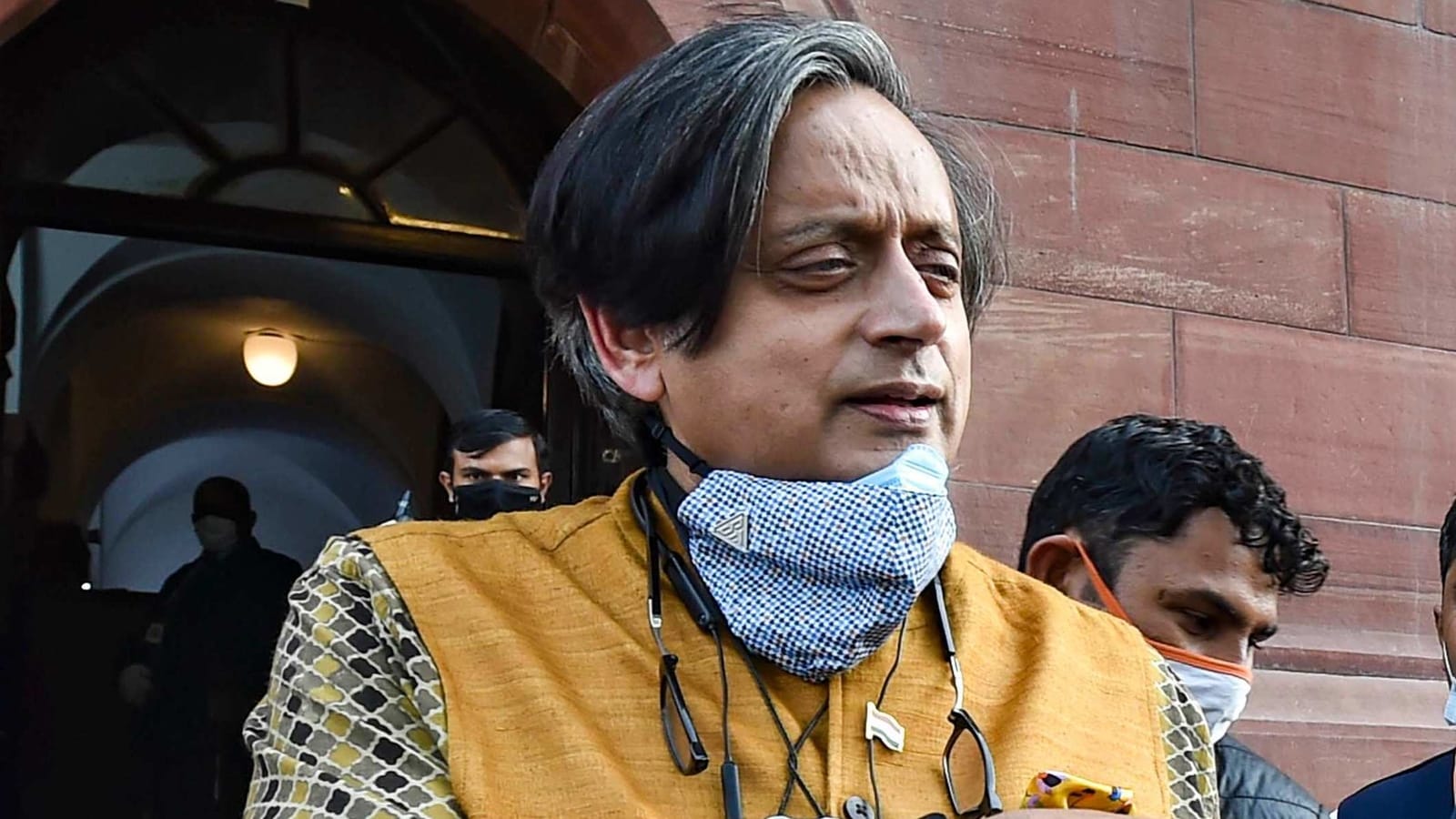 Shashi Tharoor has a message for Indian cricket team. It has a ‘spin’