HYDERABAD :  Nursing frostbite, but all excited that her team won bronze in the recently concluded 8th Women National Ice Hockey championship in Gulmarg, Jammu and Kashmir is Hyderabadi girl, 19-year-old Ritika Pandey. She has become the only woman from South India to be a member of the Ice Hockey Association of India. She played for the Himachal Pradesh team in the Championship held from Jan 16 to Jan 22. This was the first-ever women’s team from Himachal in ice hockey and they returned with a bronze medal. Ritika was able to score four goals and assisted three goals in the tournament.

She is likely to be selected for the National Camp from which players for Asia Cup will be selected.
Harjinder Singh Jindi, general secretary, Ice Hockey Association of India, said from 50 women in the National Camp, 20 would be selected for the games. On Ritika’s chances, he commented: “She is a good inline hockey player, and in the limited time she had to practice, she played well on ice as well. To have a chance at making the cut, she needs more practice which will give her the right skill set.”

Ritika started skating in 2013 at the age of eight. At 12, she first participated in the roller hockey championship and got selected for Andhra Pradesh. “I have played for India in roller hockey and now I am playing ice hockey,” says the young sportswoman. How did she get interested in ice hockey? Ritika replies: “I got interested because of the rawness in the game, I see hockey as an art where you’re ruthless, but at the same time gentle with the puck to get it into the goal post… I was attracted by the speed and risk of playing hockey.”

How has the transition from inline hockey to ice hockey been? “There is a big difference between playing on tiles and playing on ice. Throughout the lockdown, I watched YouTube videos on how to play on the ice,” says Ritika. She adds, “Prior to the Nationals, I took part in a development camp for 15 days (Jan 1 to Jan 16) in Gulmarg where I was coached by senior India team players. I am currently waiting to hear from the Association for other camps.”

Ritika practices hockey at the Sports Authority of Telangana’s LB Nagar stadium under coach Jitendra Gupta. About the travel and equipment costs, she says her parents (father is a bank manager and mother takes private tuitions) pay for all expenses from kit to accommodation and she is hopeful of getting sponsorship so she can attend more camps. She adds, “We need financial assistance from the authorities.”
Ritika studies BCom at Aurora’s Degree and PG College and is a class topper. Grateful that her college let her skip her semester exams so she could participate in the championship, she says her dream is to represent India in ice hockey in the Olympics. 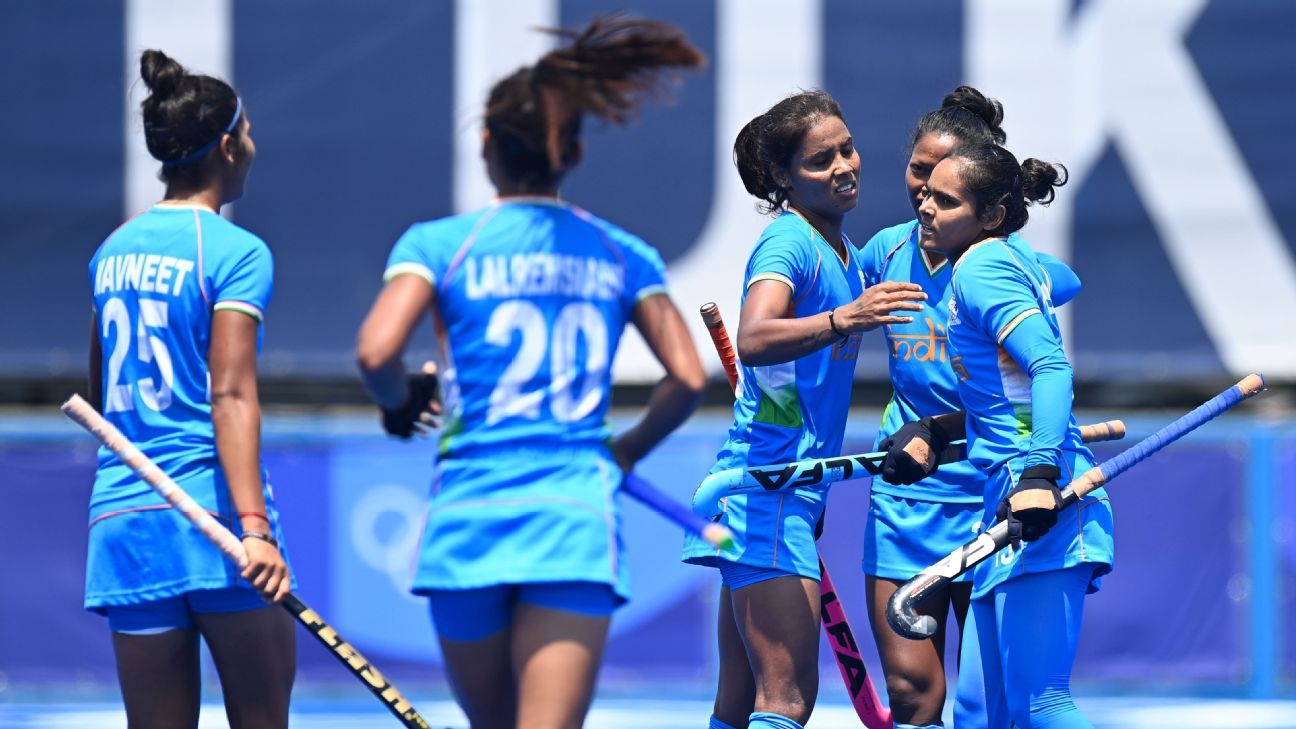