Alexa Bliss’ obsessed fan has been able to get some fame by trying to chase the WWE Superstar he is admittedly addicted to. Over the past few days, he unleashed a chain of threatening and perverted tweets while claiming that he is married to the former Women’s Champion. Moving steps ahead he went really bad-mouth against her fiancé Ryan Cabrera.

Apparently, the fan called Ryan a rapist and kidnapper who was allegedly cheating on the WWE Raw roster member. He also made threats to visit Alexa Bliss’ home which was seriously disturbing. Fans did find a connection with this to that scary invading in Sonya Deville’s house in the summer of 2020.

The SmackDown Superstar did survive a scary experience when her stalker forcefully tried to enter her home and tried to abduct her and Mandy Rose. Although the two of them were able to escape the situation, she is still dealing with this situation in court. Now Alexa Bliss’ stalker dragged her into the context in a nasty way.

The obsessed fan, the Twitter user called Albert Little 666, aimed Deville with a threatening and disgusting tweet saying that Deville will have to “see about next time.” This was indicating to the scary stalker experience. Then the Twitter account further mentioned that “maybe I can fix you” which was a jab at Deville’s sexual orientation.

“Hello @SonyaDevilleWWE you may have escaped from the guy who just wanted to love you. But we’ll have to wait and see about next time. I know you don’t like guys your a lesbian but maybe I can fix you.”

Twitter finally took action against this obsessed Twitter account. Firstly, it was only a twelve-hour restriction as they hoped to get the situation better and to be resolved without any harm. This obsessed fan of Alexa Bliss didn’t stop and needed a permanent restriction which was finally received, the next time around as he did not stop his trend of sending disturbing tweets. 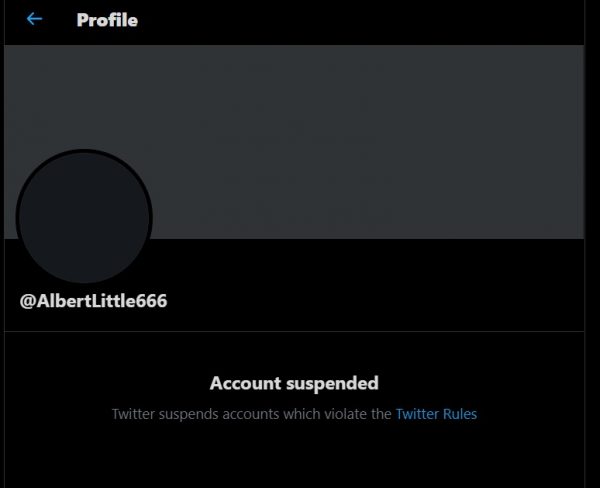 Fans who recently logged onto Twitter are no longer able to see whether Albert Little had more disgusting messages targeted to WWE Superstars or The Goddess. The Twitter authorities must have found something inappropriate and finally suspended the account.

It’s pretty certain that that the stalker won’t be able to log into the account, again. But now the problem could be that he could become really desperate in order to try to reach Alexa Bliss, again. We can only hope that the situation won’t be like Sonya Deville that brought some serious consequences.