ABU DHABI – Vanessa Melo beat Sarah Moras with a unanimous decision Saturday on the preliminary card at UFC on ABC 1 in Abu Dhabi.

Take a look inside the fight with Melo, who picked up her first UFC win after an 0-3 start.

Melo on the fight’s key moment

“I think I controlled all three rounds (and) dominated the cage. She threw a lot of punches, but I barely got hit. I connected more. I think my performance was impeccable at times and I’m going to continue growing. I’m going to come in here and bring more victories for Brazil.”

Melo on fighting in front of fans again 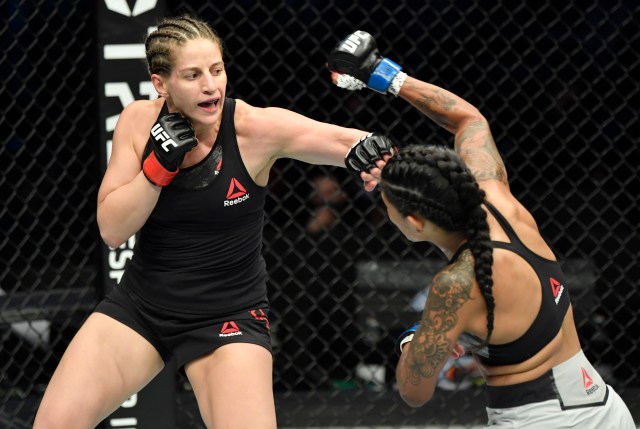 “I’m honored to be here. (It) was an honor to be on the first ‘Fight Island’ (card of 2021), an honor to be here with the fans for the first time. It’s not that many fans, but it’s nice – it’s a new beginning for the UFC and everyone. I can’t wait to get home to my daughter and my family now. I’m sure there’s a lasagna waiting for me.”

Melo on what she wants next

“I feel really happy and honored to get my first UFC win. I can’t even explain how happy I am. I just want to keep evolving, train harder and keep growing.”

To hear more from Melo, check out the video of the full post-fight interview above.

Bulls bounce back in victory against Mavs, finding a different way to win

Denny Hamlin Revealed His Kabourophobia After Winning the NASCAR Overton 301