As if 2020 wasn’t chaotic enough outside of NASCAR, rumors bounced around the sport all year surrounding which driver was going to which team for the following season, who was going to be out of a ride and so on and so forth.

It turned out that not much changed among the NASCAR Cup Series’ powerhouse teams, despite a number of moves being made among the smaller organizations. Silly season is more or less analogous to something like a Rush Hour board game, in which moving one piece makes way for another to fit into its slot, where moving that piece takes up a spot where a different one could have gone, etc.

Pretty much everything was thrown around throughout the year; perhaps it was a bit of cabin fever after the pandemic left many with months of general monotony and, concerning racing, halted the NASCAR season for two months. Rumors abounded concerning many Cup drivers: Brad Keselowski leaving Team Penske for elsewhere since he hadn’t yet signed a contract extension, Corey LaJoie moving to Hendrick Motorsports’ No. 48, Ryan Preece ending up the odd man out at JTG Daugherty Racing.

While none of these happened — Keselowski signed an extension with Penske, the No. 48 went to another driver while LaJoie moved to a different team, Preece was confirmed to return to JTG for 2021 — there were still plenty of major, if somewhat expected, changes for next season.

The first big whispers were set in motion came during that hiatus, when many drivers turned to online racing to fill the competitive void — in one such event, Chip Ganassi Racing’s Kyle Larson let slip a racial slur that cost him his Cup Series ride. The team’s No. 42 was taken over by Matt Kenseth, who filled in for the remainder of 2020 before the team announced that Ross Chastain would take over the seat in 2021.

Larson ironically ended up in a higher-profile ride after the incident. He spent months completing diversity programs to clear his return to NASCAR while also undertaking some volunteer work and educating himself in areas where he was, by his own admission, ignorant. At the end of October, after NASCAR cleared him to return to competition in 2021, Larson signed with Hendrick Motorsports to drive the team’s No. 5. The signing put to rest some and confirmed other rumors about his 2021 plans; many of the rumblings had suggested he would drive for either HMS or Stewart-Haas Racing in the latter’s No. 14.

The No. 5 car returns for the first time since Kasey Kahne’s departure from HMS after the 2017 season, serving as a renumbered No. 88 for 2021. The team’s No. 48 was vacated after seven-time champion Jimmie Johnson retired at the 2020 season’s conclusion, and that egress was complemented by driver Alex Bowman moving to the ride from the No. 88.

After one season of Cup experience with Leavine Family Racing, Christopher Bell was named the new driver of Joe Gibbs Racing’s No. 20 Toyota. The 2017 Camping World Truck Series champion’s role was announced just days after the No. 20’s 2020 driver — Erik Jones — was revealed to be out after 2020.

The 2020 campaign was a lackluster one for JGR as a whole, and it is focused on rebounding for 2021; Jones, meanwhile, is set to fill the seat at Richard Petty Motorsports vacated by Bubba Wallace.

In perhaps the biggest, most prominent offseason shift, Wallace departed the iconic No. 43 for a brand-new team co-owned by JGR driver Denny Hamlin and NBA legend Michael Jordan. All three had their moments in 2020, and the team’s inception felt like a perfect storm of 2020 notables: Jordan, arguably the greatest player in basketball history, was the subject of The Last Dance — a 10-part, five-week ESPN documentary series on his NBA journey and, more specifically, his and the Chicago Bulls’ final title run in 1998 after five prior championships. Hamlin has been a Jordan Brand athlete for more than a decade, and the two have been friends outside of NASCAR for a long time.

Hamlin’s 2020 made for one of the best seasons of his career, while Wallace became the focus of the sport in the middle of the season for different reasons. As the lone Black driver at NASCAR’s highest level, Wallace used his platform to speak out after George Floyd’s death in May. Floyd died while in police custody and the event parked protests, outrage and more demonstrations both nationally and internationally.

Wallace’s status as Cup’s only Black driver led to many eyes being turned his way, and he spoke out against racism and wore an I Can’t Breathe shirt in support of the Black Lives Matter movement, later running a #BlackLivesMatter car at Martinsville Speedway in June. The exposure brought a number of new fans to NASCAR, including high-profile celebrities and athletes.

In addition, Wallace ended up having the best season of his young Cup career, recording five top-10 finishes and his best average result for a full schedule, upping the latter statistic by more than two positions.

Jordan, Hamlin and Wallace all came together to form the Toyota-based 23XI Racing, where Wallace will drive full time in 2021. Wallace’s departure, which came of his own volition, opened the door for Jones to land in the No. 43 for next season.

Wallace’s new ride won’t be the only team competing in its first season next year. Former Xfinity Series winner and sports car veteran Justin Marks announced that he would be owning Trackhouse Racing Team, which would run full time in 2021.

The team will field a No. 99 entry, the number’s first full-time season since Carl Edwards ran it for Roush Fenway Racing in 2014, and hired Daniel Suarez to drive the Chevrolet. Suarez jumps from Gaunt Brothers Racing, which has yet to announce its 2021 plans.

Alongside 23XI and Trackhouse, BJ McLeod announced the creation of his own full-time Cup team in 2021. Live Fast Motorsports is set to field the No. 78 full time after acquiring a charter from Go FAS Racing, which will move to a part-time schedule after 2020. McLeod co-owns the team with former driver Matt Tifft and auto dealer Joe Falk. Live Fast will be the third new team to join NASCAR’s top level in 2021, all three full time.

Before Bell’s official departure from the team, LFR announced it would be selling its assets and will not exist beyond 2020.

We wanted to take time to say thank you to everyone that has been apart of this 10 year journey. It’s been a ride we will never forget. Goodbye 👋

In a huge deviation from last year’s graduating class, there is currently only one driver who will make the move from the Xfinity Series to Cup competition for 2021. Drastically different from the likes Bell, Cole Custer, Tyler Reddick and John Hunter Nemechek all jumping to NASCAR’s top level and vying for the Rookie of the Year title in 2020, Chase Briscoe is the sole driver to receive his Xfinity diploma and sign on to a Cup ride, driving for his hero Tony Stewart, at least so far.

Stewart-Haas Racing brought Briscoe on board — the second Cup rookie on the team in as many years — to drive the No. 14, vacated by Clint Bowyer. Bowyer moves to the FOX booth. Briscoe made good on his goal of winning eight races in 2020, doing so while earning a shot to compete for the Xfinity title at Phoenix Raceway.

Still at a loss for words over everything, I grew up with Tony as my hero. Five years ago I was sleeping on couches and volunteering at race shops and now I’m driving my hero’s car. The 14 is more than just a number to me, I hope to make everyone proud like the last Indiana guy. https://t.co/i34FZhNPGK

Nemechek, meanwhile, left Front Row Motorsports after his rookie season to pursue an opportunity with Kyle Busch Motorsports in the Truck Series. KBM dropped both Raphaël Lessard and Christian Eckes after their 2020 campaigns, bringing on Nemechek and Chandler Smith to drive the Nos. 4 and 18, respectively.

The sudden departure of Nemechek leaves the No. 38 fully open for 2021, with no replacement announced as of this writing.

After two seasons of competition with Go Fas Racing, LaJoie announced on Nov. 30 that he would climb out of the GFR No. 32 and into Spire Motorsports’ No. 7 Chevrolet for 2021. The No. 7 is the team’s second full-time entry alongside its No. 77, which scored the team’s first win at Daytona International Speedway in 2019.

While the driver of the No. 77 has yet to be announced (it was shared between multiple drivers in 2020), a No. 7 will compete in its first full-time season since Tommy Baldwin Racing fielded it in 2016.

Despite a number of roster moves and ride-swapping, the 2020 silly season ended up feeling like any other offseason. Few big names departed their current teams, though more than enough rumors bounced off the echo chambers of Twitter, and 2021 will be more similar to 2020 than different, at least regarding the look of the cars and drivers on track. 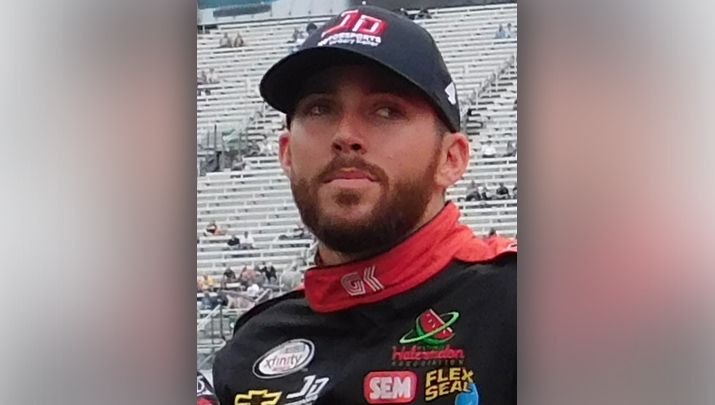