While Carson Wentz has not yet asked for a trade out of Philadelphia, the Eagles are now fielding calls from interested teams, according to the latest report from NFL Network.

The report says the Eagles aren’t actively trying to trade their 28-year-old quarterback but are taking calls. Perhaps, they’re hoping to drum up a market and eventually get more in return for the guy who was once their franchise quarterback.

Ultimately, if the Eagles feel it’s best to move on from Wentz or if Wentz feels like he can’t return to an organization with which he has a strained relationship, then a trade out of town might be the best option.

If Wentz does get dealt, here are eight landing spots that might make some sense:

I don’t know if you’ve heard this but the Colts’ head coach is some guy named Frank Reich and he used to coach Wentz in Philly. OK, obviously as we talk about a possible landing spot, Indianapolis has to top the list. Reich helped to bring out the best in Wentz during the 2017 season when Wentz was nearly the MVP. And after Philip Rivers’ decision to retire, Reich will need his fourth different quarterback in four years. Why not Wentz? Another note: Former Eagles quarterbacks coach Press Taylor has reportedly accepted a position in Indianapolis. So going to Indy would be a reunion with Reich, Taylor and former Eagles OC Mike Groh.

When NBC partner Points Bet put out odds on their Colorado site for Wentz’s next team, the Bears were actually second on the list behind the Colts. The Bears went through the 2020 season with Mitchell Trubisky and Nick Foles and neither played particularly well. A tricky part in Chicago is that they’re going to be tight on cap space but if they want Wentz, they’d be able to figure it out.

Would Wentz be a good fit with the Patriots? Well, the Eagles interviewed offensive coordinator Josh McDaniels for their head coaching position so they will have a really good sense of what McDaniels thinks about Wentz. The Eagles can certainly use that information to their advantage now. And it also means McDaniels has put some significant thought in how to fix Wentz. The Patriots don’t have an answer at quarterback right now, so they are definitely in the market.

The Broncos were one of the teams reportedly in the mix for Matt Stafford, along with others like the Colts, 49ers and Panthers, so it gives us a good idea which teams are hunting for QBs. Although the Broncos were pretty obvious before that. The Broncos haven’t had a top-tier QB in years and it doesn’t really seem like Drew Lock is the answer.

The Niners might try to move on from Jimmy Garoppolo this offseason. But Stafford was obviously more of a sure thing than Wentz at this point in their careers. The Niners are in a slight cap crunch, but they could move on from Garoppolo to create the cap space to pay Wentz after a trade. The problem is that the 49ers would really have to want Wentz more than just a second or third option. It’s worth noting that Rich Scangarello is back in San Francisco after he and Wentz worked together in 2020. It obviously was a terrible year for Wentz but we never really saw much of the Scangarello influence on the field.

Another team that was reportedly in on Stafford, the Panthers went through Matt Rhule’s first season with Teddy Bridgewater as their quarterback. So Carolina should be looking for a way to improve that position and have been labeled as a “dark-horse” candidate to try to trade for Deshaun Watson, according to NFL Network. They wouldn’t get the same caliber of player if they trade for Wentz but they also wouldn’t have to give up as much either.

OK, so the obvious hurdle here is that the Raiders still have Derek Carr but there have been recent reports suggesting that the Raiders might try to move Carr in an attempt to land Watson. Obviously, landing Watson would be better than Wentz but if they are only able to pull off half of this move, Wentz would be a fall-back option. One thing we know is that GM Mike Mayock loved Wentz when he came out of college in 2016 and I’m pretty sure Jon Gruden would feel like he can fix the former No. 2 pick.

This one makes sense but the timing might not work. The Texans seem determined not to trade Watson and he seems determined to never play for them again. A Wentz trade to Houston could only happen after Watson is dealt out of there and the Eagles might not be willing to wait that long. But the idea of Wentz in Houston isn’t a terrible one. They’ll need a quarterback and he has spent time there in his winters. 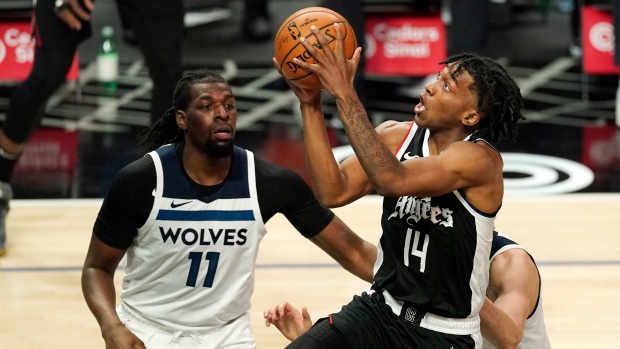