After tonight’s two final Elite Eight matchups, the 2021 Final Four of the 2021 NCAA men’s tournament will officially be set. The No. 1 overall seed Gonzaga Bulldogs are the only undefeated team this season at 29-0 and have looked unstoppable; outscoring opponents 268-191. Rolling through their opponents by an average margin of victory of 25.7 points has many fans and pundits ready to anoint the Bulldogs with their first-ever national championship.

In order to get there, they’ll face a USC club that is part of arguably the biggest surprise of March Madness; the success of Pac-12 teams. The conference, which sent four schools (Oregon State, UCLA, USC and Oregon) to the tournament, have posted an incredible 12-2 (86%) against the spread (ATS) mark – with three teams qualifying for the Elite Eight.

In the night cap, Michigan, the No. 1 seed in the East Region will square off with a Pac-12 foe in the No. 11 seed UCLA Bruins. Michigan head coach Juwan Howard looks to return to the Final Four for the first time as a coach after being a player on the “Fab-5” Wolverines teams that played in consecutive national championship games two decades ago (1992 and 1993).

Have you signed up to become an SI PRO subscriber?

The “Vegas Whispers” sharp information, shared directly by SI’s Vegas Insider Frankie Taddeo, struggled in the Sweet 16 after an excellent opening weekend and currently stands at 4-5 ATS in March Madness plays shared here at SI Gambling. The NCAA tournament betting plays have followed up major financial success thanks to Alabama (+220), Illinois (+375) and Georgia Tech (+2500) all delivering conference tournament championship victories in the SEC, Big Ten and ACC respectively for all SI PRO members.

In addition to the “Vegas Whispers,” the unofficial respected plays and information have gone 31-24-0 ATS since February in college basketball for SI PRO subscribers.

Join today and start beating the books with us!

How have favorites and underdogs performed in this year’s NCAA men’s tournament?

In the Sweet 16, favorites went 6-2 SU and 5-3 ATS, with only two underdogs winning straight-up when No. 12 Oregon State (+255) and No. 11 UCLA (+245) notched victories over No. 8 Loyola-Chicago and No. 2 Alabama, respectively. One eye-popping trend in the Sweet 16 were games cashing 6-2 to the ‘under’ against the totals posted by oddsmakers.

Through the first three rounds of the NCAA tournament, favorites are ahead 37-19 SU while underdogs hold a slim advantage at 28-27 ATS.

SI’s tournament newsletter analyzes everything you need to know about the Big Dance: what just happened and what’s happening next. Sign up for Morning Madness here.

Historical Trends In The Elite Eight:

No. 6 USC, led by projected NBA lottery pick Evan Mobley (16.3 points per game/ 8.8 rebounds), have won six of their last seven games. Included in that span are three straight up and ATS wins over Drake (-7.5), Kansas (-1.5) and Oregon (-2) in the NCAA tournament. The Trojans headed into the NCAA tournament on a 1-6 ATS run prior to their three impressive straight-up (SU) and ATS tournament wins that have resulted from outscoring their opponents by an average of 16.6 points per victory. USC’s size and length has led to outstanding perimeter defense that has completely shutdown opposing offenses from the outside. Thus far in the tournament, the Trojans have clamped down Drake (30.4%), Kansas (24.0%) and Oregon (23.8% ) from beyond the arc.

As expected, No. 1 overall seed Gonzaga has faced little resistance in the first three rounds of the NCAA tournament, rolling past Norfolk State (-33), Oklahoma (-15.5) and Creighton (-11.5) by a combined score of 268-191. The Bulldogs are 3-0 SU and ATS thus far in the tournament, thanks to the play of star freshman guard Jalen Suggs who runs the show for Mark Few. Suggs, a projected top-five overall NBA lottery pick as well, is one of the best all-around players in the nation shooting 49.6 from the field on the season. On the block, Gonzaga also receives solid production from talented big-man Drew Timme (18.9 points per game / 7.2 rebounds) which has resulted in the Bulldogs leading the country in scoring with an average of 91.8 points per game this season.

At first glance, it is easy to surmise that this game will come down to Gonzaga’s prolific three-point shooting. Senior forward Corey Kispert leads the club in scoring (19.0) and beyond the arc (46.2%) will look to continue his string of success against the Trojan lockdown perimeter defense. Ultimately, this game will likely come down to the play along the front line, specifically Timme versus Evan Mobley. Gonzaga’s shot to become the first team since Indiana in 1976 to finish a season undefeated that culminates with a national championship, will face a major test in the Elite Eight.

No. 11 UCLA has won four games in the tournament. The Bruins came from 14-points down in the second half to defeat Michigan State (+2.5) in the play-in game and then followed it up with victories over BYU (+3.5), Abilene Christian (-5.5) and Alabama (+7). The Bruins have posted a financially beneficial 5-1 ATS mark over their past six games, cashing on the money line as the underdog in three of their four tournament victories.

By far their most impressive win in the tournament came in the Sweet 16 when the club defeated No. 2 Alabama, 88-78, in overtime. Leading scorer Johnny Juzang (15.0 points per game) who has scored in double figures in every tournament game for the Bruins. UCLA is well balanced thanks to Jaime Jaquez (12.4) Jules Bernard (10.7), Tyger Campbell (10.4) and Cody Riley (10.0) who all average double figures in scoring this season.

No. 1 Michigan, who many were projecting to struggle playing without star Isaiah Livers (stress fracture), have proven their doubters wrong thus far. Juwan Howard has done a masterful job guiding the club to wins over Texas Southern (-24.5), LSU (-4.5) and Florida State (-1.5). The Wolverines, who are 2-1 ATS in the NCAA men’s tournament, have posted a 6-4 ATS mark over their last 10 games. Playing without Livers for the fifth straight game, the Wolverines have begun to run their offense through freshman center Hunter Dickinson (14.2 points and 7.6 rebounds per game) and Franz Wagner (12.8 points and 6.5 rebounds per game).

On paper, Michigan looks like the stronger team but UCLA (like the rest of the Pac-12) have been undervalued by oddsmakers this entire tournament. For bettors, this game will likely come down to Michigan’s ability to dominate the paint with Dickinson. In the Sweet 16 victory over Florida State, the Wolverines received a tremendous contribution from forward Brandon Johns (14 points, 6 rebounds). If they can get that kind of production from role players it may be the end of the line for the Bruins magical tournament run.

Mandel's Mailbag: There's plenty of hypocrisy to go around in college football, and it's wildly …

Pac-12 Football: USC, Utah or Oregon: Which Team is the Favorite to Win the Conference in 2022?

Mandel's Mailbag: There's plenty of hypocrisy to go around in college football, and it's wildly …

Pac-12 Football: USC, Utah or Oregon: Which Team is the Favorite to Win the Conference in 2022?

F1 2021: Masi on turn four controversy: Drivers could run wide, but not to overtake 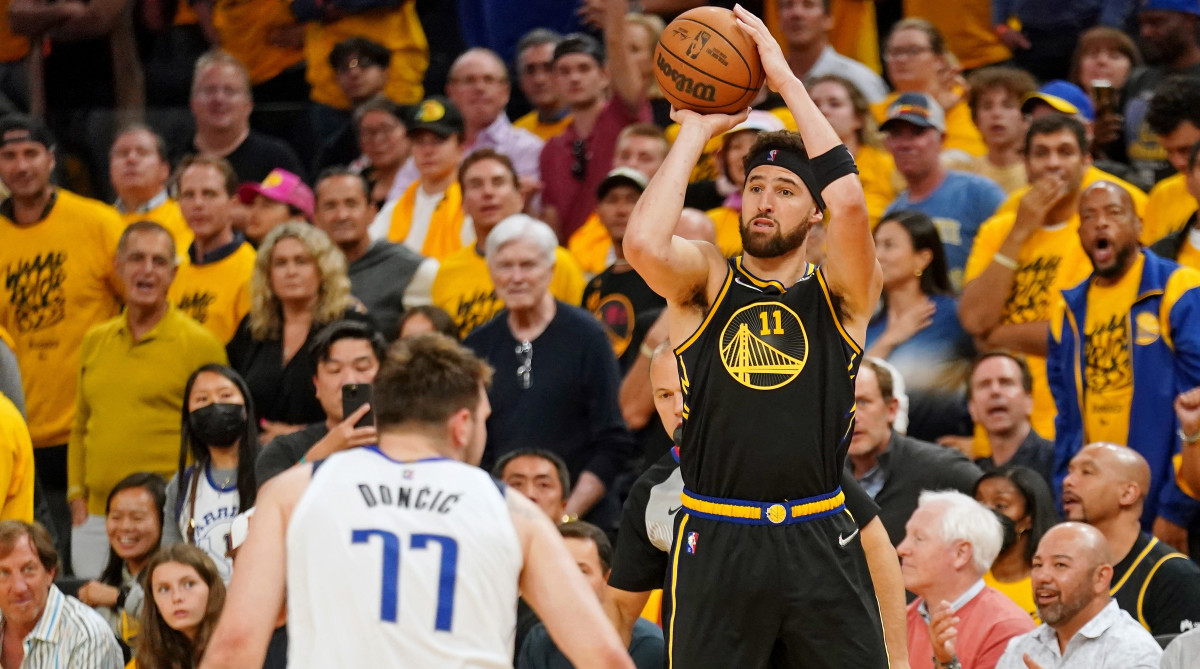