The 2020 MLB winter meetings are in full swing, and the activity is really beginning to heat up.

Monday appeared to be a slow day at first. The Los Angeles Angels acquired closer Raisel Iglesias from the Cincinnati Reds, though that was the only move of note for nearly the entire day. That is, until the Chicago White Sox took the spotlight.

The White Sox acquired right-hander Lance Lynn from the Texas Rangers, giving Chicago a front-line starter and workhorse capable of throwing quality innings every time out.

Lynn is owed just $8 million in 2021, per Spotrac, giving the White Sox ample space to spend on other areas of need. Indeed, Chicago reportedly signed veteran outfielder Adam Eaton to a one-year, $7 million deal with a club option for 2022, and it is likely far from finished.

Here are the latest rumors on the White Sox’s interest in Michael Brantley and Liam Hendriks, in addition to the teams looking at Kyle Schwarber.

Eaton figures to be one of the two outfielders in a right field platoon in Chicago, likely with Adam Engel. That means the White Sox’s outfield is set.

But Chicago might still be after more offense to fill the designated hitter spot, and Jayson Stark of The Athletic reported Tuesday Michael Brantley remains on the team’s radar.

Brantley would be well-suited for the DH, considering he spent the majority of his time there as a member of the Houston Astros in 2020. He would also give the White Sox a much-needed bat.

Chicago’s offense has plenty of stars. Jose Abreu was the American League MVP in 2020. Eloy Jimenez and Luis Robert profile as burgeoning young sluggers, and shortstop Tim Anderson continued to thrive at the plate last year. Plus, Yasmani Grandal is one of the best-hitting catchers in the bigs, and Yoan Moncada could bounce back from an underwhelming season. Needless to say, the lineup is loaded.

Still, Brantley would give the team that much more balance as a guy who has excellent command of the strike zone and rarely swings and misses. The 33-year-old has hit over .300 in each of the last three seasons, and he drives the ball to all fields.

However, the Astros figure to pay top dollar in order to bring Brantley back to Houston.

There has been essentially zero reporting linking the Astros to center fielder George Springer, and Josh Reddick all but announced he was not returning to the team on Instagram.

Houston is not going to lose all of its free-agent outfielders, and ESPN’s Buster Olney reported the Astros value Brantley as a teammate.

Additionally, Ken Rosenthal of The Athletic reported last month the Astros and Brantley were trying to work out a deal, adding there was “mutual” interest in a reunion.

Brantley is wise to see what kind of market he has in free agency. But it is entirely possible the Astros are given the opportunity to make the final offer.

Prediction: Brantley re-signs with the Astros

The White Sox do not appear to be finished addressing the pitching staff, either.

Closer Alex Colome is a free agent this winter, and Bob Nightengale of USA Today reported the White Sox “have their sight set on Liam Hendriks” to fill that role.

Hendriks might get the most lucrative deal of any reliever on the open market. The Oakland Athletics closer dominated opponents in 2020, posting a 1.78 ERA and 1.14 fielding independent pitching (FIP) mark while striking out 13.1 batters per nine innings for the second consecutive year. Hendriks was named the 2020 Mariano Rivera American League Reliever of the Year for his efforts.

Any team could use a legitimate back-end weapon like Hendriks in its bullpen. But, the White Sox might choose to delegate funds elsewhere.

Chicago has a ton of young arm talent in the system. Guys like Matt Foster (2.20 ERA) and Codi Heuer (1.57 ERA) excelled last season, and left-hander Garrett Crochet could be in line for a bigger role. Not to mention, Aaron Bummer should take on a bigger role after dealing with injuries last year.

Other teams have already posited interest in Hendriks, with Jon Morosi of MLB Network reporting the San Francisco Giants and Philadelphia Phillies were each giving the Aussie a look. But the reigning World Series champions might be in the best position to sign Hendriks.

The Los Angeles Dodgers are losing a pair of late-game relievers in Blake Treinen and Pedro Baez, in addition to left-hander Jake McGee. It is possible L.A. could look to re-sign one or more of those guys, or possibly sign Brad Hand as a lefty option.

But Hendriks has been the most valuable reliever in the game in the last two years (by a wide margin), per FanGraphs, and the Dodgers could be in search of a closer with Kenley Jansen headed for free agency next season. Plus, L.A. can sell Hendriks on being a championship organization with a tremendously bright future.

Prediction: Hendriks signs with the Dodgers

Kyle Schwarber was one of the more notable non-tendered players ahead of last Wednesday’s deadline.

The 27-year-old burst onto the scene with the Chicago Cubs in 2015, hitting 16 homers and posting an .842 OPS in 69 games. Schwarber tore his ACL in just the second game of the 2016 regular season but triumphantly returned to hit .412 with a .971 OPS during the World Series as Chicago ended the longest drought in sports history. He seemed destined for stardom.

However, the former No. 4 overall pick has experienced some bumps in the road. He struggled in the leadoff spot at the start of the 2017 season and, despite a strong second half, hit just .211 on the year. Schwarber bounced back to hit 26 homers and post an .823 OPS in 2018, though his slugging percentage stayed at .467 for a second straight year.

It seemed the former Indiana star put it together in 2019. Schwarber’s torrid run after the All-Star break resulted in career highs in homers (38) and OPS (.871). But he took another big step back in 2020, hitting .188 with a 29 percent strikeout rate.

Chicago might have tried to trade Schwarber, but his inconsistent offensive results and poor defensive track record seemed to put a damper on his value. So, too, did the fact he was originally slated to be a free agent in 2022. Instead, the Cubs non-tendered Schwarber, who is now free to sign with any club.

Bruce Levine of 670 The Score reported a few different teams have their eye on the left-handed slugger, including the New York Yankees, Toronto Blue Jays and Los Angeles Angels. However, each of these teams has question marks in a possible pursuit of Schwarber.

The Yankees could use his left-handed bat but are also in a tight financial situation and might be pressured to pay extra tor re-sign DJ LeMahieu. Toronto is hot on George Springer, as Shi Davidi of Sportsnet and others have reported. The Angels might like Schwarber, but he would make for a strange positional fit, and Shohei Ohtani is currently the team’s DH.

Among the reported teams, however, Schwarber might be best suited to the Angels. Los Angeles could have a nightmarish defensive outfield with Schwarber and Upton in the corners, but he would give the Halos pop from the left side of the batter’s box, and Joe Maddon managed him in Chicago. Plus, it is possible he spells Ohtani at-bats in the DH spot if the team wants the Japanese star to focus on pitching.

Prediction: Schwarber signs with the Angels 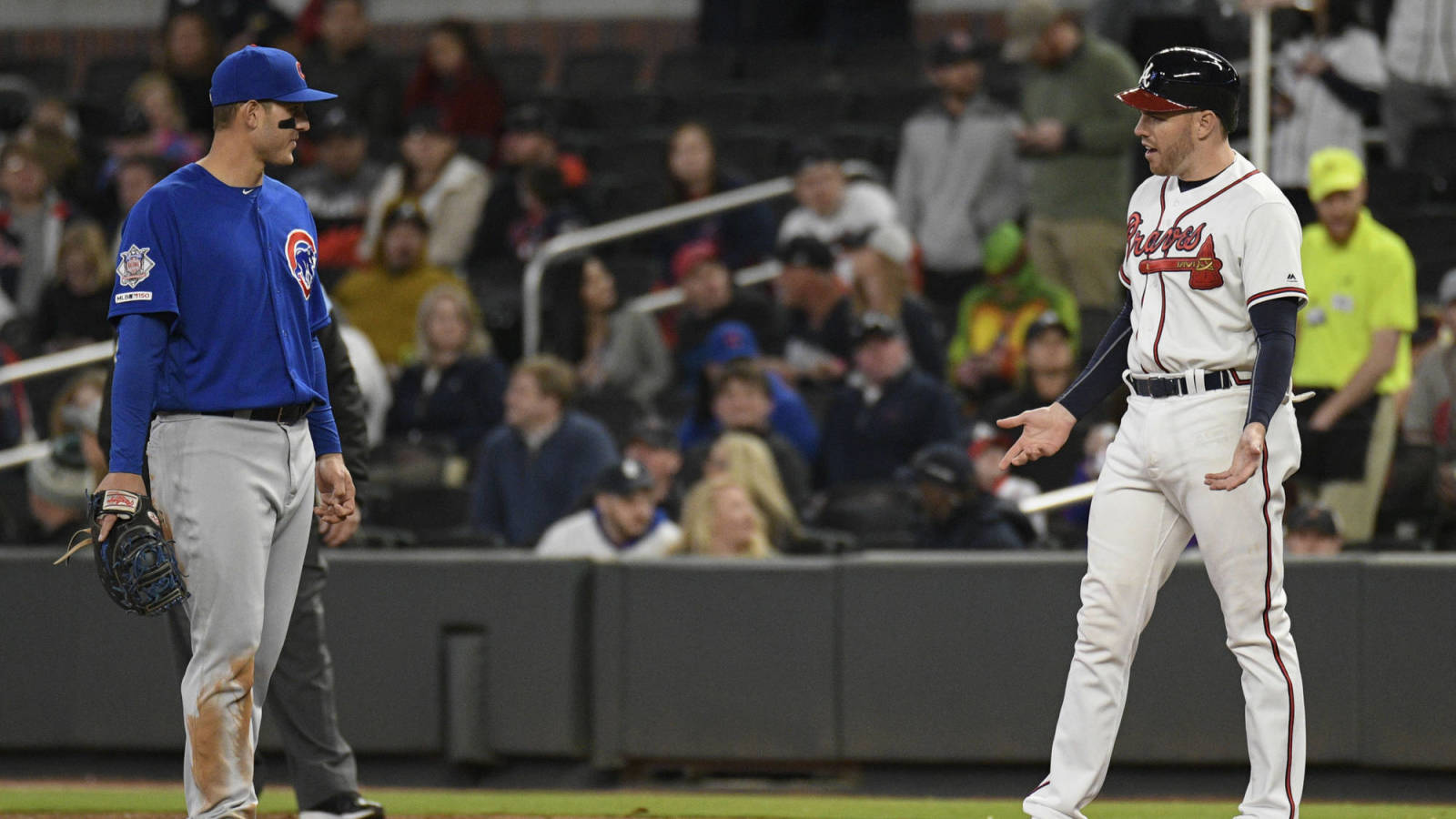 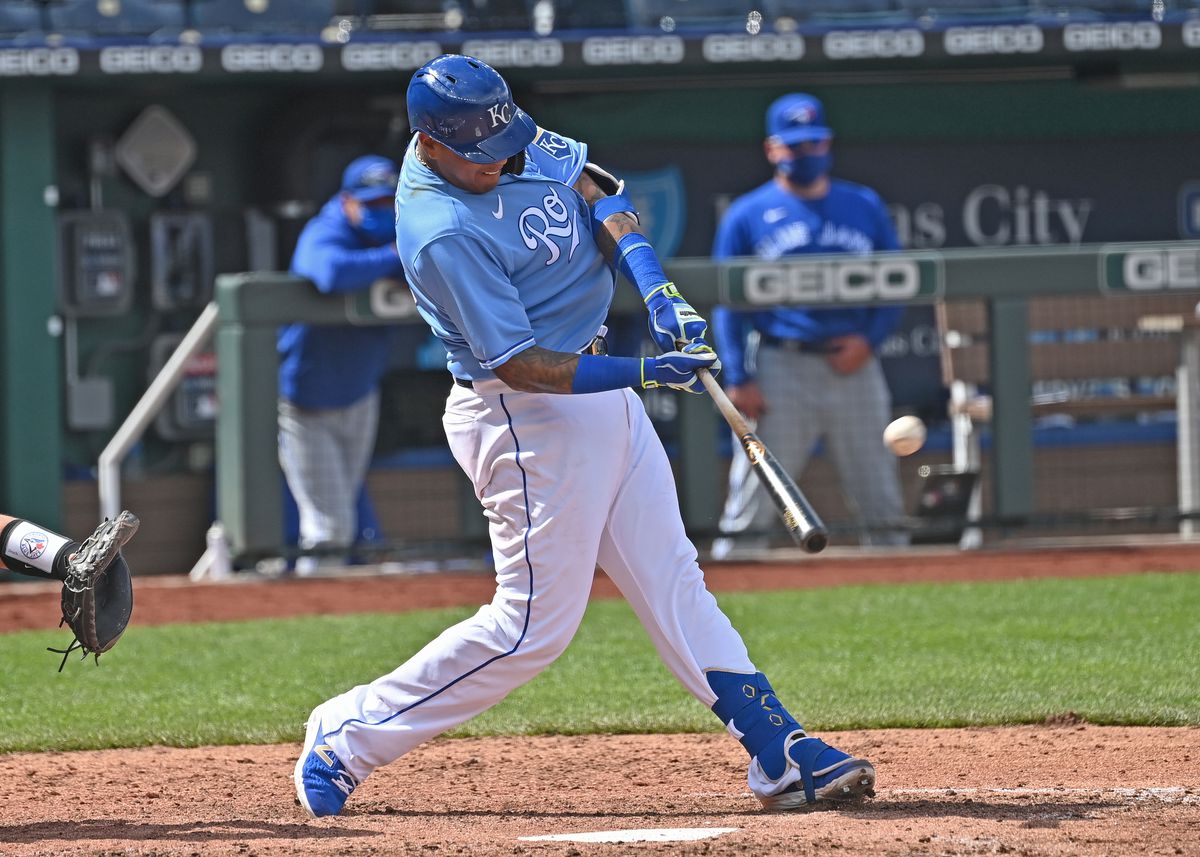